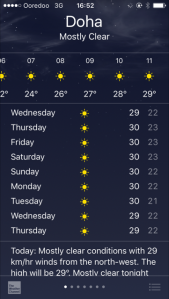 It’s probably ingrained in us Irish and maybe even more-so that any other nationality, we’re prone to suffering from a small bit of negativity. We lean towards the down side. We highlight the pitfalls, point out the inefficiencies and harp on about the negative in like, any situation. We loved to harp on about, Christmas starting in November, and the disgrace of that. The bad weather that is due to get worse and worse until someday next week when it climaxes and is going to be the worst day since 1954. The government, tax, the general state of the country. Those that had to leave, those that had to come back, those that never went and are merely existing after salary cuts and levies, all get painted with the same brush and a heavy tint of negativity.

As immigrants we are probably doomed, along with a natural negativity ingrained we are also cursed with a deepened sense of ‘home’. ‘Where home is”, “what home is”, “when will we be there again, if ever!

Read ‘Brooklyn’ by Colm Toibin or ‘Academy Street’ by Mary Costello bestsellers in Ireland and Brooklyn now a film, it’s clear to see that the Irish and home and general lonesomeness regarding same is etched in our psyche. Other nationalities view expatriation and travel as a positive, no use, we had to go and now there’s nothing at home for us.

Personally I’m no different and only yesterday it was highlighted quite clearly to me. I chatted to a friend of mine from Longford, (that’s another cliché for your, we Irish do stick together like muck to a blanket). She had a visitor over from Ireland, Kerry to be precise, she was coming to the end of her 10 day vacation. ‘Do you like it here’, she enquired. ‘Oh no, I replied, always true to the cause, see, it’s not home, we’re only here because we have to be here’ I explained. Her quizzical expression prompted me to elaborate, ‘see, there’s no dynamic here, I feel I’m just holding my breath until I get back home again, but again, we’re stuck, the kids are in the British education system so they have to finish A levels before we go anywhere’, I continued.

She replied, ‘that’s awful to be so, caught, and I would never have thought it, you just seem to look the part of the happy expat and fit right in’. ‘Oh no’, I clarified, ‘not a fit at all, only passing the time until I get on the flight home’.

Deciding that she still seemed a little unconvinced I decided to clarify, ‘take today for example, we were up at 5.30, now that winter is in and the temperature has dropped below thirty, in the mornings and you’d nearly need to wear socks on the kitchen floor, I said wide eyed. I had to bring all four kids out before seven to make school even though we live minutes away’, ‘Walking?!’ she said, ‘No driving a jeep’ I clarified. Then it was one of those days when the cleaner was coming and I didn’t want to be under her feet but was sick of malls, so I had to pitch up at the swimming pool for the morning. I was just getting my teeth into Slanting of the Sun by Donal Ryan, revelling in the bleak picture he always paints to beautifully when the baby woke, the pool boy rushed over with the buggy immediately, in fairness to him.

I stopped in Shakespeare & Co for a salad that cost three times what it would that if you made it at home (another famous Irish gripe). I then had to traipse back to the school to start the afternoon of school and activity runs, and all that’s in that for me is to see the kids flourish and enjoy their activities, I have to lounge around chatting to friends. At this point I trailed off a bit, and thought to myself, ‘Really, this isn’t ok, maybe next time I would simply answer, ‘yes, yes I love it here, home was never like this’, it’ll take practise to be that positive but I’ll try.