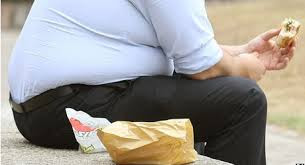 So here we are January again and old and young, at home and abroad, all colours, all nations doing one thing, standing on the scales and wondering how can it be that after 10 gruesome days or self-denial, sobriety and two hundred and seventy minutes of the treadmill, the needle hasn’t moved a smidgen. We gorged so much over Christmas, or the month of December rather, that here we are in the same old pickle again, trying to lose that stone, that same stone that we tried to lose last year and the year before.

We’re all trying something different, the nine day cleanse, the 30 day detox, the Atkins Diet, the Zone diet, the Vegetarian Diet, the Vegan Diet, Weight Watchers, South Beach Diet, Raw Food Diet, Mediterranean Diet, Cabbage Soup Diet, Caveman Diet, Best Life Diet, 3-Hour Diet, 5/2 Diet, Grapefruit diet, the Skinny Bitch Diet, Paleo Diet, Slim-Fast shakes, Alkaline Diet, Dukan Diet, Rosemary Conley Diet, the list is endless. Chances are if you’re not on any of the about diets, you’re on the ‘just cutting out the bread and booze’ scheme or the ‘I’m just going to be good’, the later being the most dangerous of all diets, as the lack of clear parameters, quantities and limitations, will possibility result in failure even quicker than any of the others. I have tried my fair share of these and the only one the works without fail for me is the ‘push the chair back from the table diet’, simple, no great rules, no nutritional expertise, just push your chair back from the table a little more often than you pull it in.

It’s surely the triumph of hope over logic when we wake up one morning and decide to ourselves and announce to others that we are indeed not going to have any processed foods for the month of January, considering you ate a whole tray of M&S hors D’oeuvres on St. Stephens Night, because you were afraid they’d go off, this leap of control is surely massive. Or those that swear themselves off sugar when they’ve had a record of a selection box a night for 10 nights running, is banning sugar completely going to work? Really? If so, how come, year on year, our arses are growing as steady as the range of detoxifying teas in our cupboard? Pointless having a tea range like Bewleys when we always reach for the Diet Coke.

Exercise is on the same scale, couch to 5k, Calorie Counter, Endomondo, Fitnotes Gym Workout Log, Google Fit, Ingress, Jefit Workout Exercise Trainer, Pocket Yoga, 5 minutes fitness, 10 minutes Fitness, 15 minute fitness, 25 minutes fitness, Blogilates the list, again is endless. The apps are downloaded, the Fitbit is bought and charged, the Nike running clothes are ready, the Asics runners (because the guy in the shop said you needed Asics, when he heard how you planned to run the ring of Kerry like 5 times before Paddy’s Day) are poised and ready to go and you will go, just after you see that bit in Corrie and finish the Coke you opened when you went to make tea.

Of course nothing works if you don’t do it, and for everyone that gives it a fair start, 90% will be firmly back on the Pain au Chocolat by February and the Fitbit will be banished to that pile of old Nokia phones, odd chargers and a handful of in car chargers that don’t work.

So why do we bother, is there even a point in trying, for a long time tryer, I can certainly say, yes, there is every point, a hard start in January, may not see you living on wholefoods for ever more or indeed turn you back on the offer of a bun at a party but over time, given the right intentions, we are chipping away, if after all the bluster of diets and exercise apps in January we come out with one good habit, them it is worth the big production. So 6 days in and keep up the big production, and at the end of January whilst all your bad habits might have drifted back, hopefully one won’t have returned and by the time you’re ninety you’ll be sugar-free, caffeine free, alcohol free, msg free, salt free and carbohydrates will only be found in history books.