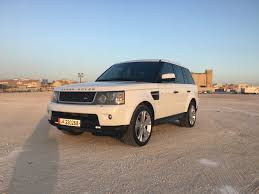 You choice of lifestyle tends to be very exposed when you live abroad. Without the parameters of location and culture that exist at home, the way you choose to live suddenly defines you and suddenly becomes something that you have to think about.

Home in Ireland, it’s easy, a good lifestyle consists of two weeks in Spain in summer, three nights in Prague at Easter and 4 hotel stays around Ireland throughout the year and a take out every Saturday night. A moderate lifestyle is two weeks in Spain every second year, 3 hotels stays around Ireland should you have sufficient SuperValu tokens and a Chinese takeaway on payday. A gruelling lifestyle is, well I’m not quite sure but there’s probably no Spain, unless it’s a last minute deal, no hotel stays, unless you win one in a competition, no takeaways full stop and only long evenings spent cutting coupons and googling Groupon’s to look forward to.

But in Ireland lifestyle is often dictated by circumstance rather than choice, there are only 52 weekends and when you take Christmas, Easter, Paddy’s Day, the six birthdays in the house, your parents wedding anniversaries, holy communion, confirmation, christenings, weddings, triathlons (support for friend not participating oneself), your weddings anniversary, a couple of unforeseen funerals, a trip to Pairc Ui Caoimh, maybe a trip to Croker, two dates for Live at the Marquee and a couple of under 8’s camogie blitz’s out of it, there’s not much time to flash the cash on fancy weekends away and dinners out.

But here in Doha, there are no anniversaries, sacraments or concerts worth going to so ones time and the associated spare cash are up for grabs.   As you can imagine living in Qatar, the country most noted for being wealthy and the nationality most noted for being able to flaunt the cash, ain’t easy. When you arrive initially you vow you will not be spending the money you hope to save to tarmac the drive at home on a fancy 4×4 when a sedan will do. Before long you find yourself with a trail finder, the entry level in the world of 4×4’s and after time, you will have, want and sacrifice the tarmac to drive the Range Rover, Prado or GMC. Cars that are on par size wise with a standard 1970’s bungalow at home.

Same goes for brunch’s, choice of airline, amount you pay for rent, it all creeps up, and guess who are the biggest culprits, not the South Africans, they know the value of a Riyal, not the English, us Irish. Yes, the same group that went belly up back in 2009 have re-located and guess what, we’re at it again, seems its only us that have the gift of imagination and complete lack of foresight to blow cash at a shocking pace. Spa days for kids birthdays, Sri Lankan holidays at Easter and afternoon tea at the Ritz instead of coffee in Starbucks, Brunch in the Four Seasons, as often as poss, Thailand for Christmas, Oman for Mid-Term, Abu Dhabi for Legoland and Ireland for summer, where you need to incorporate all the components of a ‘good lifestyle’ in a three month period. Pressure.

I wasn’t, somehow I could never manage to just clutch on to the tail end of the jet set. Instead, I live on the periphery, trying to befriend, Marys and Unas from down the country rather that that Ailbhes and Sorchas from D4. But things are not always as they seem, I met my friend, Bridget, from Kilkenny, at the school last Monday morning and we exchanged the usual kind of down to earth chit chat you might expect and then I asked, ‘did you do anything nice for the weekend’, of all the answers I expected, ‘we had a bbq’, ‘we went to IKEA’, ‘we went to the pool’, I never expected her to say, ‘Ah ya we’d a nice weekend, we went to Dubai for brunch with friends, it was grand actually’. To clarify, Dubai is in a separate country to Doha and you need to fly there, flight time of c. 1 hour, so basically it’s the equivalent of going to London for lunch. Forget keeping up with the Al Thanis the real challenge in Doha is Keeping up with the McCarthys!