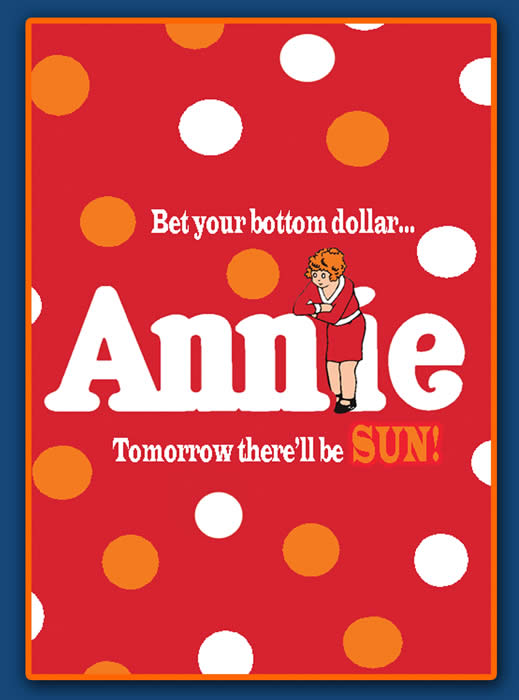 During the last couple of weeks this little redhead was seen in the Claregalway Hotel and the new Claregalway Secondary School.

The reason is that she and the other orphans have started their rehearsals for the Show. This will be 9 Arch Claregalway Musical Society‘s 10th production. They are marking the occasion by warming your heart strings with this charming story.

Local girl Sarah McGuire is playing Annie, Louis Brennan is Oliver Warbucks and Amanda Stuart-Heaney is Mrs. Hannigan. The show will be on in the Town Hall Theatre from the 20th–23rd of November. Help the Little Girls out of their Hard-Knock-Life and buy a ticket today.

All the children in 9 Arch Musical societies tenth Production Annie are up to their eyes rehearsing their singing, dancing, and acting. Annie, with a cast of over fifty, will go on stage in the Town Hall Theatre from 20th–23rd of November with a matinee on Sat 23rd.

Our Musical Director Shane Farrell is once again giving us the advantage of his musical talent and putting all the children and adults through their musical paces. This year we are delighted to have for the first time, Peter Kennedy who is bringing to us his wealth of experience in directing musicals all over Ireland, and putting all the cast through their choreography paces and bringing out the best of their acting talents.

The Chairperson Annette Cavanagh said rehearsals are coming along really well and that we are very grateful to both Mr Alan Mongey in Coláiste Bhaile Chláir and Paul & Nora Gill from the Claregalway Hotel for giving us the use of the College and the Hotel for rehearsal venues. This has been a great help to us particularly the superb purpose built hall with music room facility in the new Claregalway College.

Our “Annie” is local girl Sarah Maguire, an excellent young talent, is up to her eyes in rehearsal, and a fractured arm, hardly even slowed her in her tracks—That’s one plaster-of- paris “cast” that won’t be on stage. Along with all her “orphan” friends, they are all really working hard, and enjoying the rehearsals. Their singing acting and dancing will certainly create a show to remember.

We are delighted to have two new adult leads in 9 Arch for this show, led by the evil Miss Hannigan played by Amanda Stuart Heaney and kind multi-millionaire Oliver Warbucks played by Louis Brennan who head up an adult chorus of over twenty five. Amanda having come to Galway from the USA brings that authenticity, along with her substantial acting talent, is hilarious in this roguish part. Louis who hails from Tuam, brings all of his singing and acting talents to the part of the loving and caring Oliver Warbucks, which Louis portrays with a great aplomb.

Chairperson Annette, says everybody is putting in a huge effort and everything seem to be falling into place, with no major disasters… so far. So fingers crossed Annie will be ready to go on stage on the 20th of November. They are a wonderful cast, and it will be a great show. Tickets have been selling well already and are available from the Town Hall Theatre 091 739 555, and also on the Town Hall Theatre website.

Anyone who wants to get involved both back stage and front of house contact Feargal @0879826312.