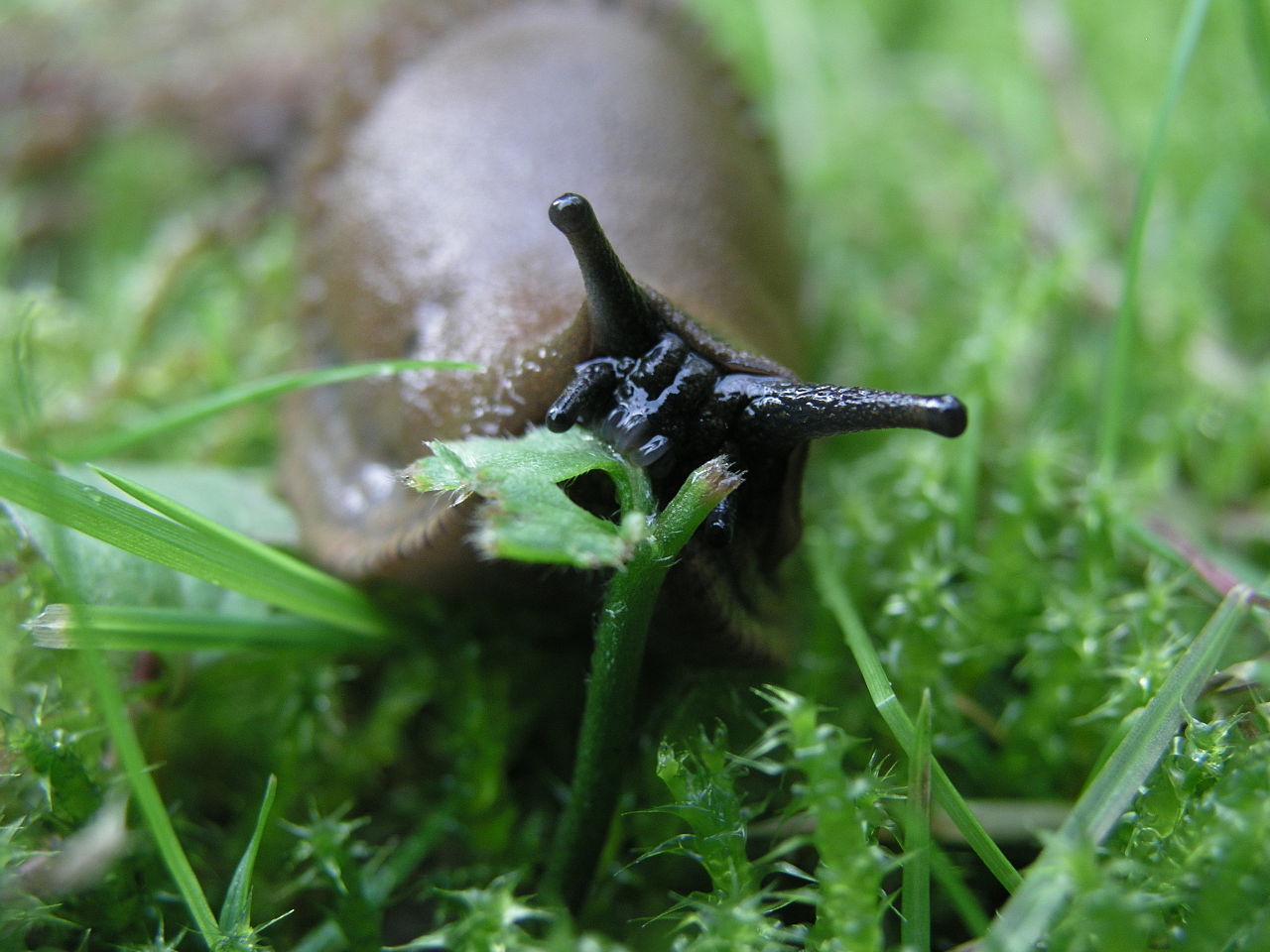 Slug hunting is a grim task

Slugs are having an absolute field day this year, because of the cool and wet weather which we’ve had to endure in May and June. Each night when I lock in the hens, I detour to the veg patch on the way back to the house to hunt slugs in the vegetable patch. Armed with either a torch or my iphone (a surprisingly effective substitute torch as it happens), I check my most vulnerable plants and seedlings for slugs—the most likely places to find them are on any of the brassicas, salad leaves, beans, courgettes, squashes, pumpkins, celery and celeriac. Slug hunting is a grim task that brings out the worst in me. Every time I find one of the slimey little buggers climbing over a leaf I find myself cursing—it’s an instinctive response, one I am not particularly proud of, but there you go. Sometimes I collect them in a container and then go about slicing each one with a secateurs. Do I feel bad about dispatching them to the slug after-world like this? Do I heck.

Other times in a fit of annoyance and usually accompanied by another expletive, I throw them as far as I can in to the field beside our house (apologies to Martin the farmer that owns the field!). No doubt they make their way back to the garden eventually, but I find the act of throwing them to be quite cathartic (even more so than killing them in fact). I’ve started wearing gloves on this nightly incursion now—slugs leave a surprisingly persistent slime on your hands as you collect them. Slugs are formidable opponents at the best of times, but this year they seem to be in the ascendency.

This week I have been hardening off a large module tray of celeriac seedlings. I put them on the gravel path beside my parsnip bed, believing that slugs wouldn’t travel over the gravel (they don’t like abrasive surfaces apparently etc). Clearly, the gravel isn’t abrasive enough. Last night the light of my iphone revealed a veritable army of slugs crawling all over the celeriac, stripping the little seedlings of their leaves. The next morning I turned the tray over to find another battalion hiding out in the crevices under the tray. I even found slugs munching on heads of lettuce in my veg trug which is a bed raised 800cm off the ground on stilts! And GIYing is supposed to reduce stress levels?

Things to do this Week—Protect Potatoes from Blight

As I write this Met Éireann are warning of conditions conducive to blight. You will notice blight on your spud plants as dark brown/black round patches, which can quickly rot the entire leaf. Eventually, particularly if the weather remains warm and damp, the blight will reduce the plant to a rotting mess within a few days. This week I cut the stems off my new potatoes—it was a difficult decision because of course you are trying to balance protecting the crop with the fact that the spuds won’t grow any more once you cut off the leaves. And to top it off I wasn’t 100% sure it was blight, which made the decision more awkward. Consulting my array of veg growing books I was left even more confused—it could be blight, but then again it could be Blackleg, potato cyst eelworm or a magnesium deficiency!

Eventually I decided to err on the side of caution. I cut all the stems off at soil level, and will leave the spuds in the ground for at least three weeks—they won’t grow any further at this stage, but I’ve dug a couple of plants and they are big enough (though not as big as I’d like them). Blight infected potato foliage can be composted in a good active heap or can be buried in a trench in the soil. I put them in the brown bin just to be on the safe side. Incidentally, happy to report that my Sarpo Mira main crop (blight resistant) potatoes which are in the same bed, are (touch wood) so far unaffected and looking green and healthy.

Recipe of the Week—Broad Bean and Courgette Salad

We’re getting the first of our broad beans now and with an abundance of delicious small courgettes to deal with, this is a salad recipe (from Angela Hartnett) I return to again and again.

Directions
To make the vinaigrette, whisk the white wine vinegar and olive oil together with some seasoning, then set aside. Boil a pan of water, add the broad beans and boil for 2–3 mins. Drain and plunge into iced water, then leave to cool a little before removing the skins. Cut the baby courgettes into 4–5 pieces on the diagonal. Heat the olive oil in a frying pan over a medium heat, add the courgettes.

Cook, stirring for 5–8 mins, until they are a light golden colour. Add the broad beans and some seasoning, and cook for another 30 secs. Remove from the heat and stir in the vinaigrette while still warm. Serve with the chopped walnuts scattered over.

Tip of the Week—Make tea from Globe Artichoke Leaves

Gemma Hughes from GIY Waterford got in touch following last week’s column in which I was giving out about how useless globe artichokes are (all that fiddling and messing about for a single measly artichoke heart)! Gemma tells me that artichokes were traditionally used to make tea from the leaves. They are a tonic for the gallbladder and liver and can be used to reduce cholesterol (an antidote to the amount of butter I use when eating them!).

Gather the leaves (before flowering) and always use new growth as the active properties are at their highest levels. Lay the leaves out on paper, removing any damaged or diseased leaves. Leave them in a dry, airy room to dry out for several days. Break them in to smallish pieces and store them in an airtight jar. She adds that you shouldn’t drink artichoke leaf tea if you suffer from gallstones or are pregnant. Not so useless after all then! Thanks Gemma!

Did you know you can grow carrots perfectly well in containers or pots? Our July project for operation GIY Nation is growing carrots in a container—it’s a great, simple little project to try with your kids. Visit www.giyireland.com/giynation to download the helpsheet. Operation GIY Nation is proudly supported by AIB. Michael Kelly is a freelance journalist, author and founder of GIY Ireland.