Ned Keogh was the son of Sean Keogh; and the late Teresa Keogh whose home is in Loughnane Terrace, New Mervue. Ned was one of thirteen children which include, Bridie, Martin, Martina, John, Padraig, Michael, Linda, Bernie, Ollie, Marcella, Damian and Aidan. All of the family, both boys and girls excelled in sports, and Ned was no exception. He was an outstanding soccer player and made his presence felt for Crescent United from an early age. His coach and manager was the late and legendary Sonny McHugh, and as Ned grew to manhood they also became great friends.

Ned was born on 9 May 1972. It was a time when New Mervue was really new, a time when young couples were moving into the area with their children. There was lots of space for playing football and the children made great use of the fields close to their homes.

Even as a youngster, Ned was a gifted soccer player, a hard, but clean player. However, he was sent off once during an U12 match against Corrib Shamrocks following an incident involving an opposition player. After the Referee sent him to the line, Ned made his way around the back of the goals in order to avoid his Dad who was attending the match. Sean obviously spotted this move and made his way towards him. Ned was worried when he saw his father approaching, but much to his relief, Sean said, ‘Get out there again Ned and give him another good schlep, I saw what he did to you’. His club was Crescent United and he won many honours with them over the years, including the U13 Connacht Cup in 1984; and U15 League in 1986. This squad was noted as the best team in Galway juvenile soccer in those years and Ned played a huge part in their success. He also played soccer with Galway Hibernians and GalwayTown and achieved many successes as a junior footballer. Outside of this, Ned was also a class snooker player as many would-be Stephen Hendry’s found out in the hall over the Lantern Inn (Eastside Inn).

During the mid-1990s Ned’s life changed forever when he met Mags Costello. There was an immediate attraction between them and they became best friends. However, feelings were high-pitched and finally their love was sealed with a kiss on Mags 21st Birthday. They were married in June 1998, and their love became even more powerful, which resulted in three wonderful children, Dillon, Jason and Lauran. This added great happiness and fulfilment to their lives together. Ned was as devoted husband and father and adored his family. He was proud of everything they did. Ned was a real Wheeler and Dealer and loved a bargain. His name could well have been Ned Bargain Keogh and he would have put the Peddlers of yesteryear to shame. He was always scanning Done Deal, not just for himself, but also for his family even if they weren’t looking for items. Some people say that a bargain in a bargain only when you need it; not for Ned, his philosophy was a bargain is a bargain at anytime. He once bought a car from Sonny McHugh for a £1—did it up and sold it on for £1,000. He knocked great fun out of informing Sonny of his good fortune. Some people said that when Ned smiled at you, you weren’t sure if he liked you or were you going to be offered a bargain.

Shortly before he died on 21 November 2012, he acquired a two-seater Go-Cart and collected Lauren from play school; this was some sight to see flying along the footpath. But it displayed his love for a bit of fun and also included the children. He was often slagged about being a very careful man, and was never going to get hit by a car as he rarely left off his Hi Vis-Vest. Ned was noted for his humour, on one occasion, when Sonny McHugh was sick, Ned called to see his old friend. While they were talking, Ned produced, what looked like an official document and pen and placed it in front of Sonny. Confused, Sonny asked ‘What’s this?’ Ned replied, ‘Oh, its just a will Sonny, you just need you to sign it, fast.’ As Sonny recovered, Ned visited him again and was delighted to see him improved, but could not resist having another bit of fun. He pretended to make a call to Peter Greene Suit Hire, saying, ‘You can hold on the suits, he’s looking good again’.

Ned suffered from an illness of the bowels all his life, which deteriorated over the past few years. This greatly affected his health and proved extremely difficult and painful. Although he received medical help, his illness continued. Worse still, the pain continued permanently. It was unbearable and Ned did his best to cope with a worsening situation. Although going through agonizing pain, he never really complained. In fact his humour sometimes surfaced during these periods. While in hospital he met a woman who was pregnant and as they got talking, he asked when her baby was due? Upon telling him, he asked in his usual humorous manner, ‘And what are We having’. Even during his sickness, Ned was always there at the Drop of a Hat for his family. Being a Carpenter, he was always in demand; and regardless of how big or small a job, he would by over to help almost as soon as the phone was left down. In fact is reply was always ‘I’ll be there in 5 minutes’ no matter where he was, didn’t matter, Gort or Donegal. Ned loved the simple things in life and he was easy to please in everyway. All the children of the area loved him and the neighbours held him in the highest respect.

He was also a stalwart supporter of Galway United and attended all their matches, sometimes taking his children with him. He also attended all the meetings to try and revive the club and have it reinstated in the League of Ireland. Ned was proud of all his family, and it wasn’t just pride he felt for them, but a profound and unconditional love. The death of his mother almost nine years ago had a profound affect on all the family, and Ned felt it deeply. He had many friends among them Joe Crane. When Joe was dating his now wife Audrey, some nights he would hid in bushes close to her house until her parents had left. One night Ned was with him and just as Audrey’s father was leaving the house, Ned jumped out and called to him, ‘Eamonn, Joe Crane is hiding in the bushes waiting for you to go’. He was always good for having the bit of fun, once after passing Sonny McHugh’s house, Ned phoned him on the mobile and said that he had just passed the house, and noticed that someone had let the air out of his four tyres, which left Sonny in a panic running out of the house! No need to mention what he called Ned afterwards.

The following incident is a testament of the absolute nature and goodness of Ned Keogh. A few years ago, he was driving along the Tuam Road and came across an elderly couple whose car had broken down. He stopped to try and help them, but he could not get the car started. The worried couple said that they needed to get home, and Ned asked where was home. They told him Sligo, without costing him a thought, he said, ‘No worries, come on, I’ll leave you home’, which he did not thinking anything of his good Samaritan deed.

Events of Note: A group of Ned’s friends have come together to organise a fundraiser called A Night for Ned, a night of music and entertainment which is being held at The Clayton Hotel, on Friday 12th of April 2013. For more information or to make a donation, check out their Facebook page www.facebook.com/ANightForNed, where you can also follow the Online Auction. 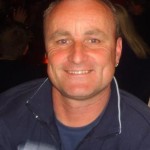 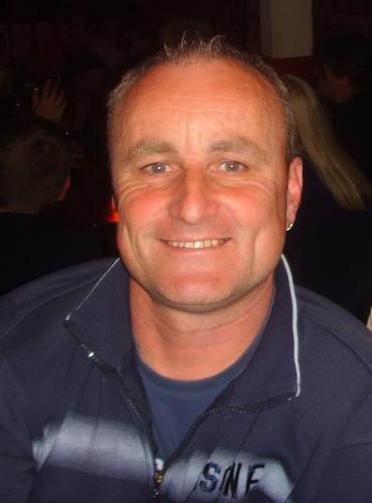