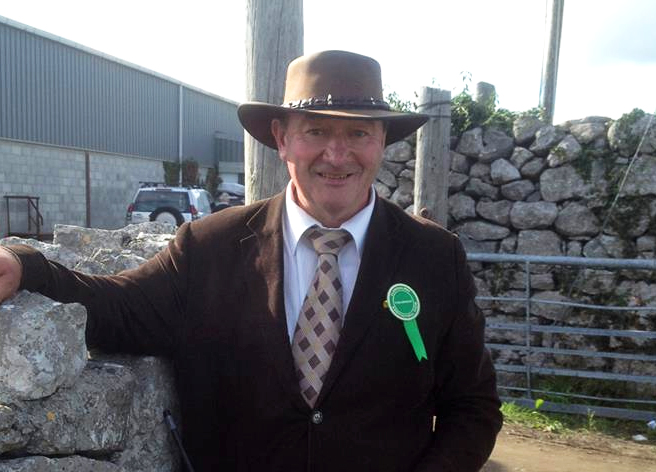 Sometimes the weather forecasters get it right! They promised scattered light showers with mainly sunshine and that’s what Claregalway Agricultural Show got on Sunday last. The weather was almost perfect for the show. All the hard work and months of preparation for the event paid off when all roads headed towards Rockwood. Show Chairman, Val Noone (pictured above), wearing his now traditional Australian hat, and Vice Chairman, Kieran Quinn were at the show grounds from daybreak greeting and welcoming committee, helpers, exhibitors, spectators, invited guests and all show enthusiasts.

There was huge interest and competition in the various classes in the outdoor arenas. Judges were impressed with the calibre of animals in the pony, horse, cattle and sheep sections. High quality animals kept the spectators entranced as they were led around the rings and put through their paces. It was difficult to predict the winners.

In the indoor arena they was a noticeable increase in the Craft Section. It would seem there has been somewhat of a revival of crafts this year, perhaps due to the economic recession. The two judges in this section commented that the crafts on display were of the highest quality they had ever judged. They had some very long deliberations before finally selecting winners. Other sections were similar to other years with a smaller entry in the flower section this year than previous years. It was felt this was due to the wet and windy weather earlier on. Exhibitors commented that their flowers bloomed early and were later damaged by the wind and rain.

The Dog, Pet & Poultry Classes attracted a great crowd of spectators. There was a good entry in all classes and the Agility Class for dogs added to the enjoyment of the crowd. There were lots of side shows and competitions in the show grounds keeping the crowd entertained during the day.

The Viewing Gallery in Duffy’s Equestrian Centre was transformed into a First Class Restaurant for the day. In excess of 200 meals were provided by the catering committee to Judges, Stewards, Committee, Helpers, Guests and Sponsors. Claregalway Show’s hospitality was of the usual high standard and many complimentary tributes were paid to the catering committee throughout the day. Long may it continue. 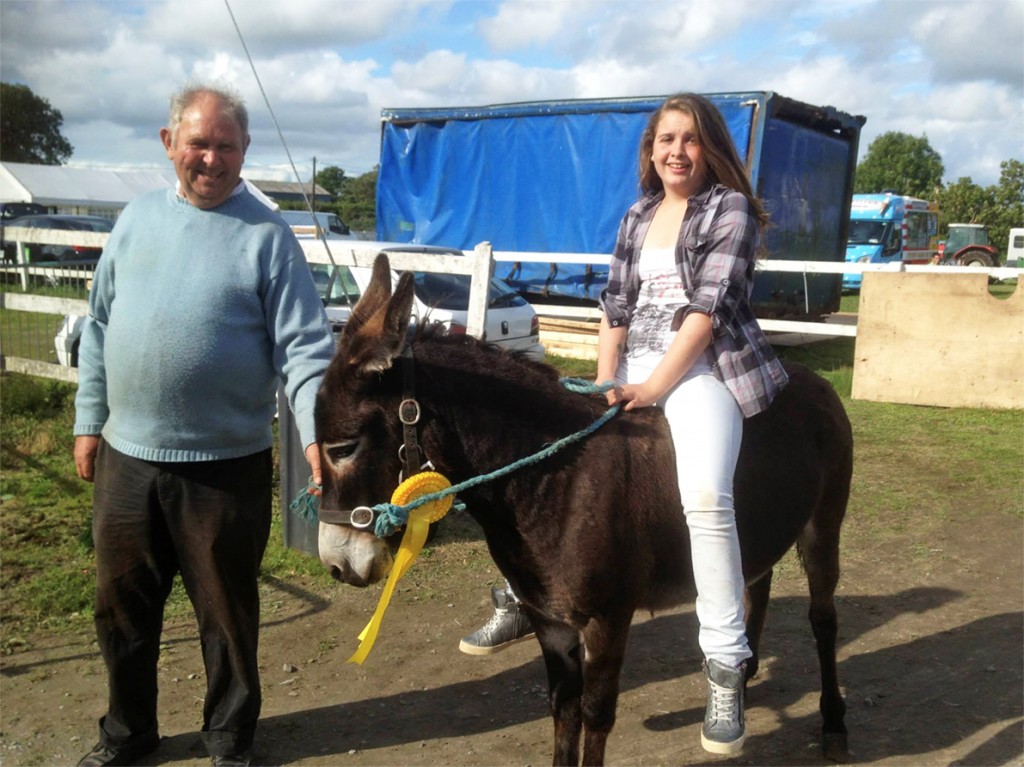 The Donkey Derby was the last event of the day and following a Steward’s Enquiry had to be re-run. There was a little objection from the winner at first but it was smiles all around when he was first past the post the second time and collected €100 in prize money. Double enjoyment for the crowd cheering them on!

Show Chairman, Val Noone, thanked everyone for their dedication to keeping the show alive in Claregalway. He said, “It’s up to the people of Claregalway to keep our own local show going. We have a small but very dedicated, hard working committee, who stop at nothing to get the show on the road. On the day we rely on the huge number of local people who come out and help us for the day. We simply couldn’t manage without them.”

“In the current economic climate shows are finding it difficult. Money is not as readily available as before and I therefore want to express my most sincere gratitude to all our sponsors. We would not exist without them. Please support them whenever you can. Thank you all for your encouragement and support and sincere thanks to everyone who helped out in any way. I hope you all enjoyed the show agus go mbeirimid beó ar an am seo arís.”