by Jacqueline Hogge, The Tuam Herald

Some of Galway’s landmark buildings are to to be lit up in gold next weekend, to highlight an awareness of cancer among children.

The Light It Up Gold campaign is being promoted throughout the country over the coming weeks by the parents of children being treated in St. John’s Ward at Our Lady’s Children’s Hospital in Crumlin. 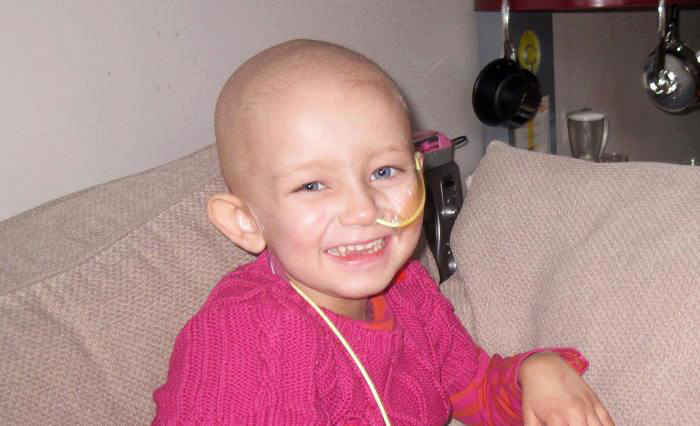 Claregalway mother Judith Sibley, whose five-year old daughter Lily Mae is nearing the end of an intensive treatment programme for a rare form of cancer, has confirmed that Galway Cathedral, the Eyre Square fountain and the G Hotel will be lit up in gold this Sunday, September 1st, to mark the launch of Childhood Cancer Awareness month.

“A group of parents whose children are receiving treatment in Crumlin decided to organise a campaign here in Ireland when we saw a post on Facebook about the American founder of Light It Up Gold, Tom Stoddard, whose young son died from cancer last year,” said Judith.

“It’s all about raising awareness of childhood cancer, which doesn’t enter anyone’s mind unless you are faced with it in your own child.

“But the fact remains that over 200 children are diagnosed with a form of cancer every year in Ireland and of those, 20% wil not survive. It is the biggest killer childhood illness in the western world and for those 80% who do survive, they often live with phenomenal side effects.  In killing the cancer you’re really harming the child and while adult cancer treatments have advanced in recent years, there are still some rare childhood cancers that have appalling survival rates.

The Light It Up Gold initiative is hoping that through raising awareness, funds can also be raised to support Crumlin Medical Research Foundation.

“Our ultimate goal is to find a cure for childhood cancers, but the immediate challenge is to improve survival rates while minimising short and long term side effects with more humane and less damaging treatments,” added Judith.

“The staff in Crumlin are excellent and the facilities have improved slightly with the opening of half a new cancer ward earlier this year.

“The remaining half of the ward is expected to come on stream shortly but a lot more needs to be done to improve facilities for children and their families.

“This new ward was funded entirely from charitable donations and it’s hard to comprehend how that can be the case when the hospital is treating 1,200 children every year.”

Over 15 countries around the world are hosting Light It Up Gold events over the coming month, with the Irish group holding a candle-light vigil at Dublin’s Mansion House on Saturday, August 29th before those taking part walk through Dublin city centre to highlight the cause.

Judith’s daughter Lily Mae came to national attention last year when a group of artists came together to record a charity single, Tiny Dancer, to raise funds for her treatment.

“We have been very public with Lily Mae, but you don’t normally hear or see other children who have cancer,” said Judith.

“A cancer diagnosis in a child has a devastating affect on families. Parental relationships are strained as both mothers and fathers experience extreme stress.

“Even after successful treatment, the fear of relapse is overwhelming and even though you try to live for the moment you are terrified the cancer will come back.

“The positives are there too though, such as the extreme love you constantly feel for a cancer child.  You make the most of every second so there is no time for giving out, you just want to make every moment count.”

Lily Mae completed the second last round of treatment at the weekend and will return to Crumlin for her final two weeks next month.

She will also be returning to Claregalway’s Educate Together school in the coming weeks, ahead of a trip to Michigan in the US to participate in a vaccine trial.

“We are so looking forward to finishing up the treatment in Crumlin as it’s been a very hard year for Lily Mae. The treatment is very intense and she has been in a lot of pain,” added Judith.

“She has a break then until November, when we will head over to Michigan for the trial that involves medication she can take at home, with no side effects, and will require three monthly check ups back over the US.”

For further information on the Light It Up Gold campaign log on to www.lightitupgold.ie.