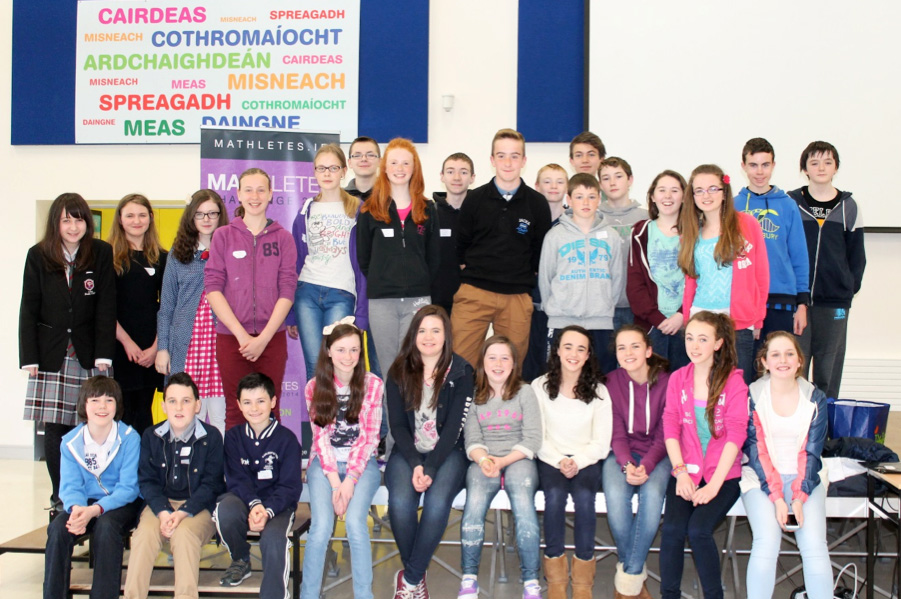 Three in a row

Coláiste Bhaile Chláir have completed the treble and have won the February, March and April schools challenge!

The top 500 MATHletes from across the country competed in-person at Provincial Finals on Saturday 10th of May, for a place in the national final. The finals were hosted by Dublin City University (Leinster), Tyndall Institute (Munster), Donegal Education Centre (Ulster), Coláiste Bhaile Chláir (Connaught).

Students from Coláiste Bhaile Chláir have put in a huge amount of work at home and in school and have regularly featured in the top ten in Ireland. 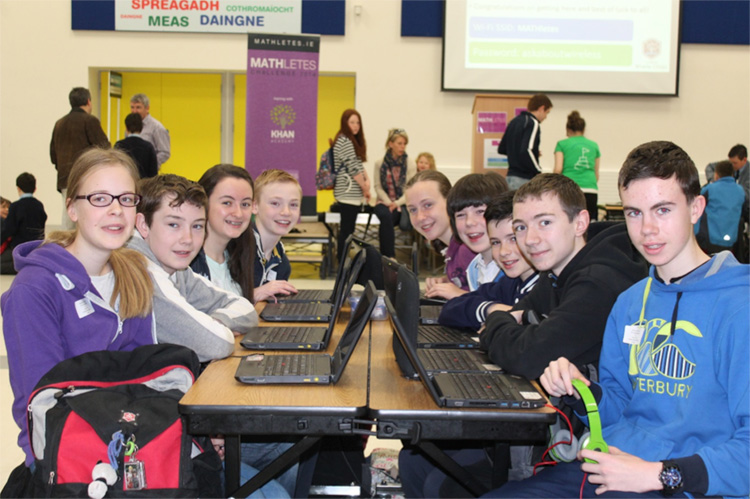 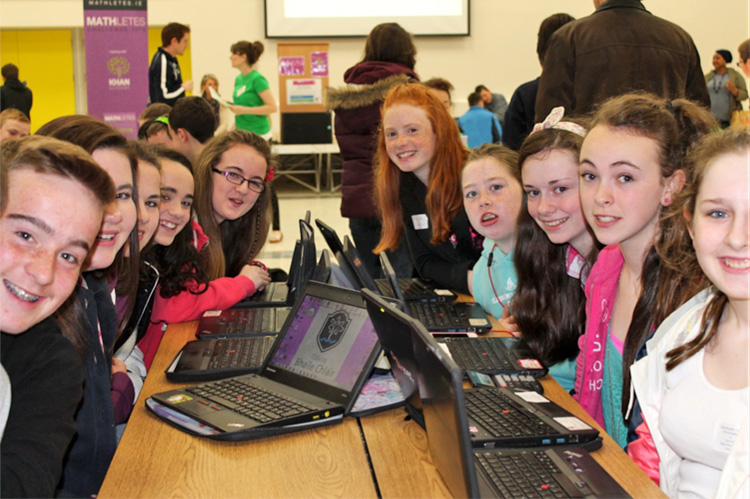 Launched in late January by tech entrepreneur Sean O’Sullivan and the Minister for Training and Skills Ciaran Cannon, the national maths tournament has caught the attention of educators, parents, and students from across Ireland. 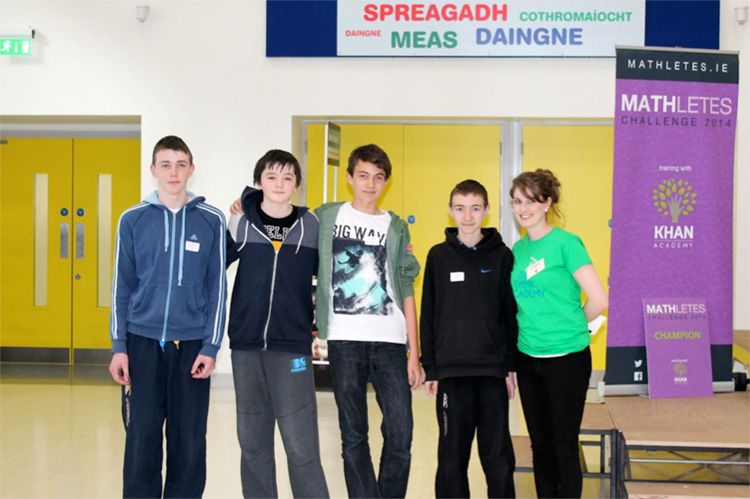 Based on the Khan Academy method of teaching and learning maths, MATHletes compete as individuals or with their schools for the championship title and a piece of the €20,000 prize fund.

Founded in 2006 by the American educator Sal Khan, the Khan Academy is a leader in free online maths education. With more than 10m users per month and 4m practice problems solved each day, the Khan Academy had been successful in accomplishing its mission to provide “a free world-class education for anyone anywhere.”

Coláiste Bhaile Chláir got their inaugural visit to the South Connacht Track and Field Championships of to a great start when our team competed in Dangan on April 30th. 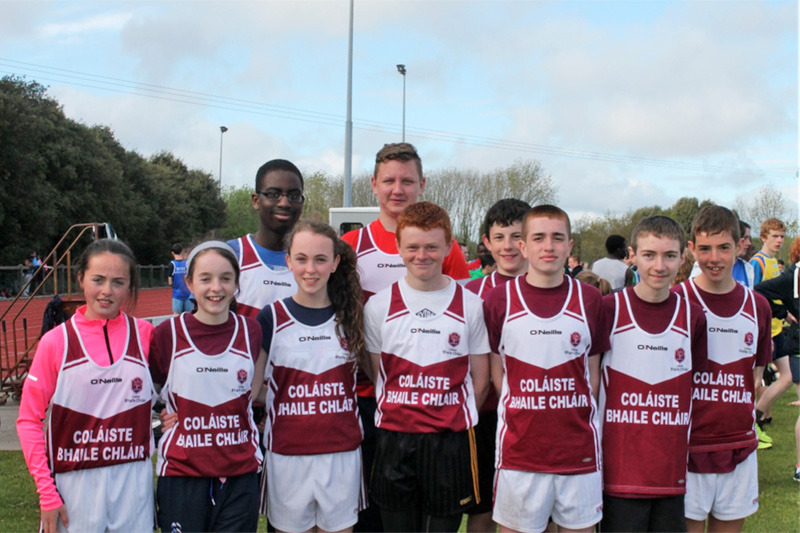 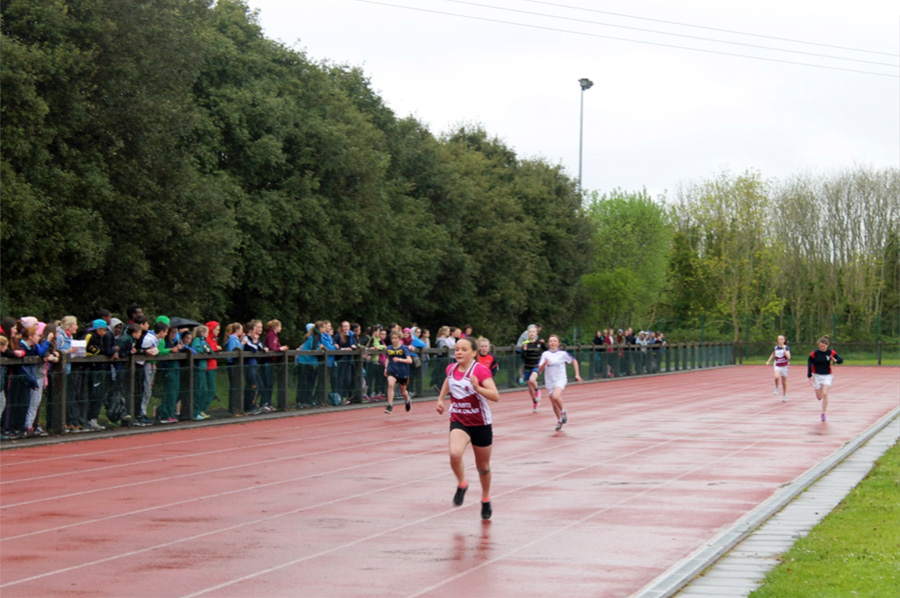 Our project has been shortlisted for the final stage of the ECO-UNESCO Young Environmentalist Awards 2014!

Our ECO-UNESCO team is invited to display their project at the Showcase and attend the Awards Ceremony, which will take place in the Round Room inside The Mansion House, Dawson St, Dublin 2 on Tuesday the 20th of May 2014.

The People’s Choice Award
This poll offers members of the public the chance to vote online for their favourite finalist project at the ECO-UNESCO Young Environmentalist Awards 2014. Visitors to the poll can see a short summary of each finalist’s project and vote for the one they like best! Poll closes Wednesday May 14th.

Poll Instructions: ecounesco.ie/peoples-choice-award.
We are in the Eco-Community Section

Continued Success with Young Scientists as Colleges fight to be involved in their Invention!

The winning group of students from this year’s Young Scientist festival will present their work in University of Limerick on May 23rd at the PESS Young Scientist Initiative. The boys; Daragh Jordan, Conor Finnerty and Sean Mitchell, have been invited to attend the Department of Physical Education and Sport Science and present their project which did so well in the RDS in January. The project was titled KillTech: An Innovative Technology to reduce controversy in handball refereeing and uses a laser detection system along the floor of a handball court to detect whether a fast ball has hit the ground or wall first. This is a common area of controversy in matches as this shot, the Kill shot, is often the end of a rally and can mean winning a game, or losing service. 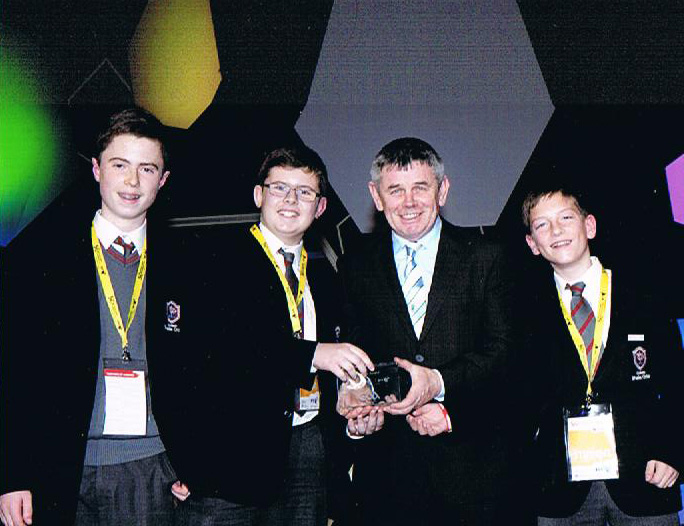 The boys also have interest from GMIT this week, with a meeting with the Electronic Engineering Department on Thursday 15th May to discuss how to upscale the design and incorporate PLC devices instead of the school science equipment. This will make the product more saleable and the group leader, Daragh Jordan is definitely planning on pursuing the idea to production if he can. He says “The GAA have also arranged a meeting with us to update on our progress and discuss possible funding to proceed with the idea into production. It’s great! We never expected there to be this much continued investigation after the competition. It’s really exciting to be involved in something that everyone is interest in finding out about. “A really hard working bunch of entrepreneurs here with a bright future ahead of them without a doubt!

On Thursday 15th May, seven CBC students will attend the GMIT SciFest Exhibition with their fantastic projects to attempt to earn a place in the SciFest Ireland Finals. The projects follow a range of topics with Jade Fletcher O’Grady and Maddie Duffy presenting their researched findings on what aliens would look like on the planets of our Solar Systems based on a solid analysis of the atmosphere and gravitational pull on each surface. Ailidh Molloy, Orlaith Roe and Jade Sweeney will represent the ECO UNESCO group with their project on education of primary school children in the need for recycling and litter reduction. 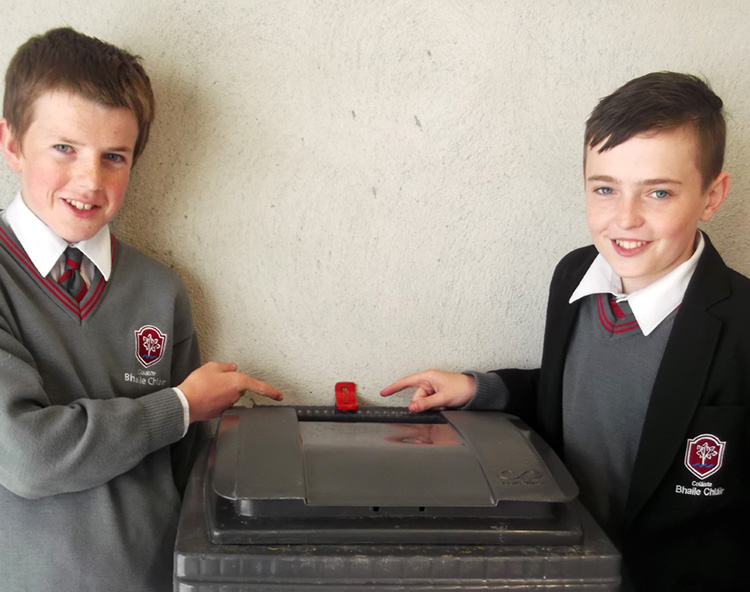 ClippyBins is a new solution by Ruairi Gallagher and Eoghan Furey to stop our wheelie bins blowing over in the wind. The boys have worked very hard to draw, make and test their product and are excited to see how it will be received. Ruairi and Eoghan are enthusiastic about the chance to present on Thursday “We think it is a good idea and while there are solutions to stop the bin lid opening, we think ours is a simple solution to stop the bin moving at all. We designed the clip to be easy to use for all age groups without having to touch the dirty parts of the bin.” Fingers crossed for all the scientists and best of Luck to all involved! 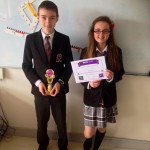 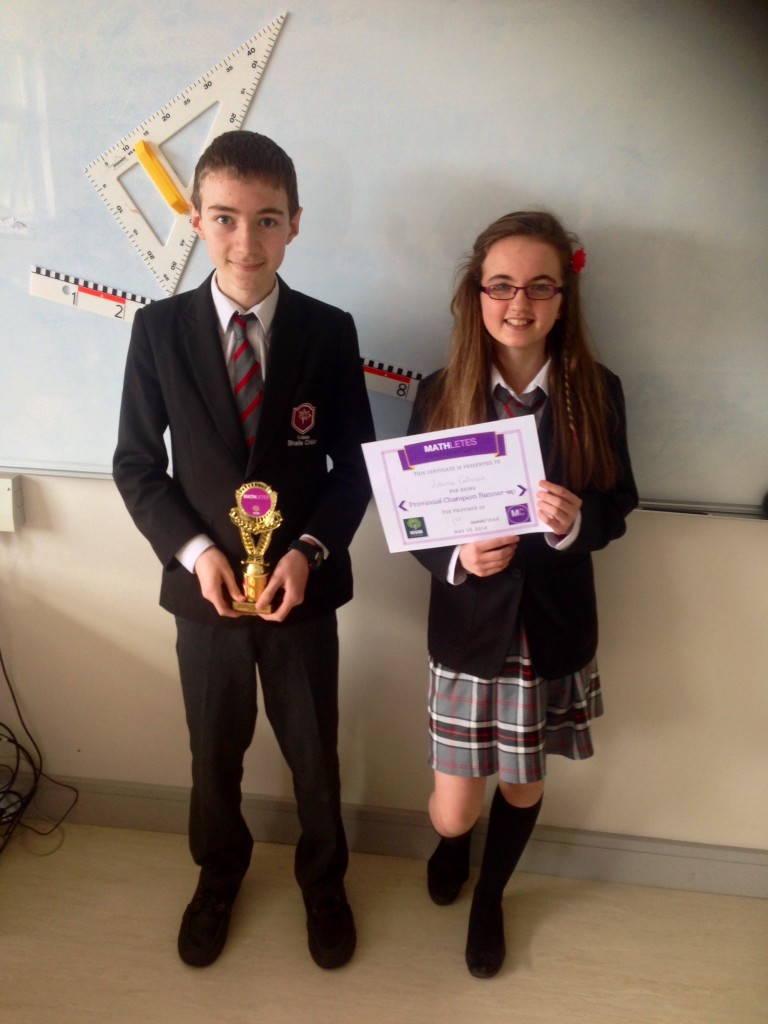