There was general disbelief as the news spread that John McGrath had passed away suddenly on Tuesday morning.

John, a larger than life figure, was well known and hugely popular. He farmed for most of his life and was a great judge of livestock and an excellent tillage farmer. In his younger days he captured several Macra na Feirme county titles and represented Galway on several occasions in the national stock judging competition at the Spring Show in the RDS. John served in many positions, including chairman, during the halcyon days of Lackagh Macra, and also played hurling for Turloughmore and underage and junior and was passionate about Turloughmore hurling.

John was direct and straighforward in everything he said and did and everyone knew exactly where they stood with him. He was at all times a very sociable person with time for a chat and a laugh. John loved the game of golf and enjoyed the many outings.

Above all else, he was a great family person and devoted to his wife Bernie and their four children. He treasured his family’s achievements. He was upset to see his only sister go to live in Australia, but stayed in contact with her via phone and internet. He adored his only grandchild Ben and was on his way from leaving him to school when the passed away. John always kept in close contact with friends and relations. His loss will be sorely felt in the Cregmore community, and especially by his family.

The remains of John McGrath were removed from his home to Lackagh mortuary chapel and neighbours formed a guard of honour and escorted his remains to Cregmore Bridge. As his remains were removed to the Church of Our Lady of Knock Lackagh, representatives of Turloughmore Hurling Club, Claregalway Football Club, Macra na Feirme, the Irish Farmer’s Association, Cregmore NS and others formed a guard of honour as a mark of respect to a wonderful friend and colleague. His coffin was draped with the Turloughmore jersey, of which he was so proud. 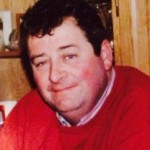 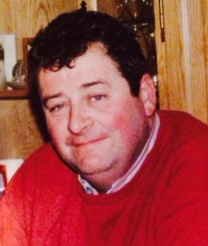