There was deep sadness in the entire community as the news spread of the untimely passing of PJ Donnellan of Cregmore. A native of Moylough, PJ had settled into the community in Cregmore and with his wife Madge they quickly embraced the area that was to become his home for the rest of his short life. With four young children attending the local school, PJ and Madge got involved in the school and given his huge interest in sport, the sporting life of his adopted area was to play a major role in his life. He had a wonderful knowledge of sport and took great interest in Turloughmore hurling, Claregalway football and everything that happened at county level. While Gaelic was his passion, he never shirked away from what was happening in other sports either. As a native of the footballing heartland of North East Galway, he was a huge follower of Galway football, always passionate about the maroon and white and it was fitting that a Galway jersey and a footall would be among the gifts brought to the altar at his funeral.

For many years PJ ran the hugely successful paving company, Renmore Paving and worked for many families throughout the west. When he did a job, he was hugely particular about the quality of his work and this always led to plenty of work coming his way. However, just after celebrating his 50th birthday, illness brought PJ’s working life to a rapid halt, but his legacy is evident in the many fine paving works around the country. Above all else he was a wonderful family man and while his gentle personality is a loss to the community, he will especially be very sadly missed by his wife Madge, their four children and by his siblings and extended family.

PJ’s remains reposed at Lackagh Mortuary Chapel and hundreds of people filed through to pay their respects. Members of Claregalway Ladies Football Club and many other community organisations joined neighbours and friends in a Guard of Honour. Following Requiem Mass in the Church of Our Lady of Knock, Lackagh, he was laid to rest in Athenry cemetery. He is survived by his wife Madge, sons Damien, James and Jason, daughter Chloe, mother Rita, brothers Michael, Arthur and Sean, sisters Kathleen, Bernie, Carmel and Pauline, brothers-in-law, sisters-in-law, uncles, aunt, nephews, nieces, relatives, neighbours and many friends. 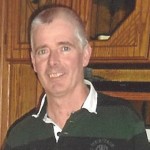 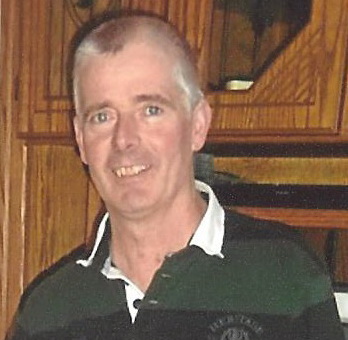