by Meg Regan and Chloe Conway 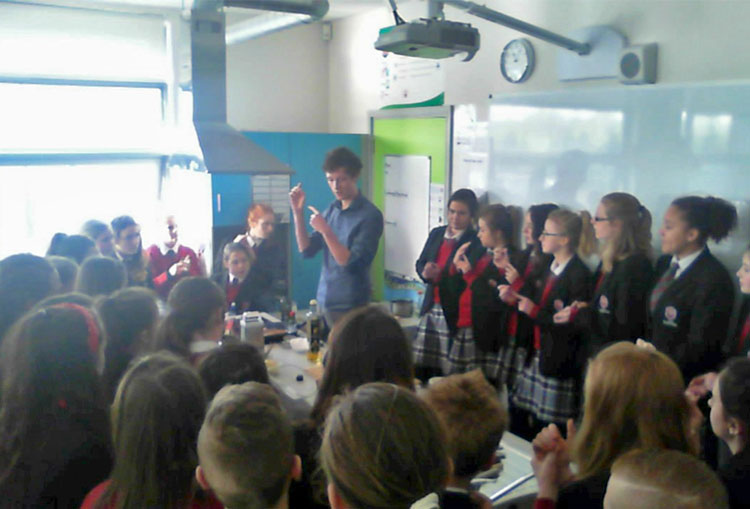 Second year Home Economics students at Coláiste Bhaile Chláir enjoyed a visit from celebrated chef and butcher Adrian Martin. Adrian is associated with Craft Butchers of Ireland so he was able to supplement their knowledge of meat by showing them a presentation on the different types and cuts of meat. The students found this very interesting and benefited greatly from it. 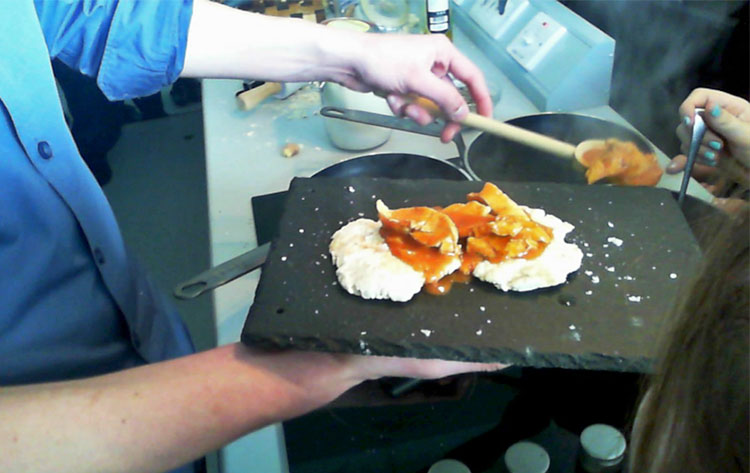 Adrian was very busy answering all the questions! He also gave a cooking demonstration on how to cook steak and chicken curry. The students sampled his meals and enjoyed them greatly. The students are currently planning to prepare Adrian’s famous chicken curry in their next practical cookery and are very excited. In future we hope Adrian will once again visit the school and delight us with his culinary skills!

Congratulations to Andrea Trill who came first in Connacht in the minor girls at the combined event held recently in Athlone IT. Athletes competed in the hurdles, 800m, shot putt, long jump and high Jump. 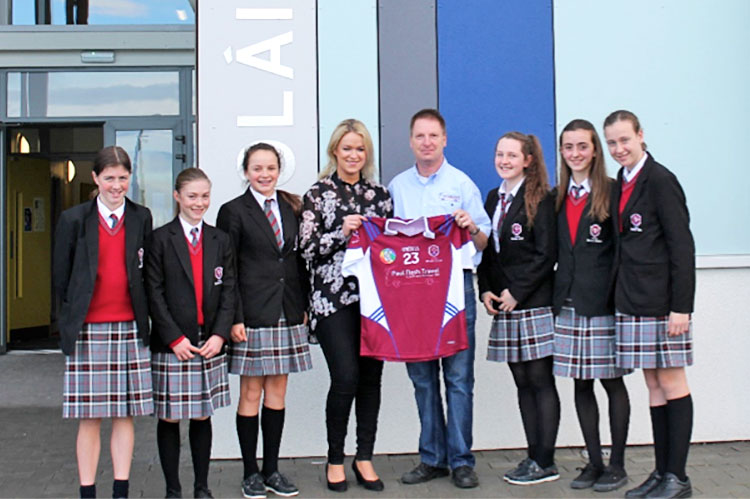 The U14 and U15 boys’ soccer teams remain unbeaten after the most recent round of games in their respective competitions. The U14s had a victory in their opening game against St Joseph’s The Bish (2–1) and a well-earned draw against St. Marys this week (1–1). Their last group game now is against Coláiste na Coiribe and this will be played after the Christmas holidays.

The U15s played out a 1–1 draw with Presentation Athenry at home in their opening game before coming back from 2–0 down to get a great draw against Headford in Headford. Their last game is next Tuesday (the 9th) against Coláiste na Coiribe, where they need a win to be in with a chance of progressing to the knockout phase. Well done to both teams who have played very well in all their games so far and will hopefully progress even further in their competitions. Well done!

On Tuesday November 19th, my STEM class went on a trip to a company called Avaya. It was really interesting and fun. We all piled onto the bus early as our teacher, Ms Nolan, explained where we were going and why we were going there in relation to STEM. She gave us all a sheet to be filled out with questions about the company such as ‘What kind of people work at Avaya?’ ‘Name three ways Avaya use technology on a daily basis’ etc. When we got there we were welcomed into the Customer Experience Centre by the manager Paul Cunningham and Sean Dunleavy. Once we were introduced to the group of staff we followed them into a comfy conference room. In here, software engineer Joe Flaherty gave us a brilliant presentation about the company and explained who they were and what they do. He said they were giving us something called their Customer Package and they showed us a schedule of what we would be doing the minute we came in to the minute we left. It was busy! 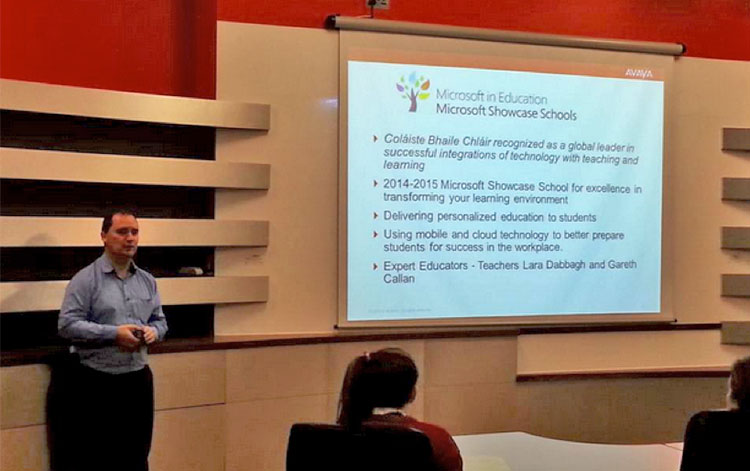 After all this we were lead into a separate room where two more engineers (who volunteer at Coderdojo Athenry) were waiting to show us coding demos of Scratch and App Inventor. This was great fun; we made a Space Invaders game and an app on our phone which talked back to us. Paul Cunningham then showed us the Avaya virtual campus used for engineers who are busy and need to do courses. We were also shown a cool product called the Makey Makey which we used to play a game with potatoes attached up to the computer! It was great fun and the highlight of the trip. We were then given a tour around their labs and they explained how their main purpose was providing paying companies with ways of communication and internet. Before we left we had a look at their wall of patents. They kindly gave us some refreshments (crisps and a drink) and we got on the bus again to go back to school.

The visit was brilliant and on the way back we filled in our sheet to give to Ms Nolan; ‘What kind of people work in Avaya?’ Funny, intelligent and busy people was the most common answer!

On Sunday 23rd of November, NUIG hosted the 17th Annual Galway Science and Technology Festival and the students from Coláiste Bhaile Chláir were well represented at our own stand to enjoy it.

Students presented their science experiments on electricity and acid base colour change to all the passers-by which numbered in the thousands! An exhausted group were able to take shifts at the stand and avail of all the cool demonstrations and workshops taking place. Conor Keane, Ciaran Keane, Allyn McKenna Patterson and Antoine Japy particularly enjoyed Kitchen Chemistry where they showed the power of liquid nitrogen to super cool a balloon, shrinking it right down and then re-inflating it with the heat from their own hands! 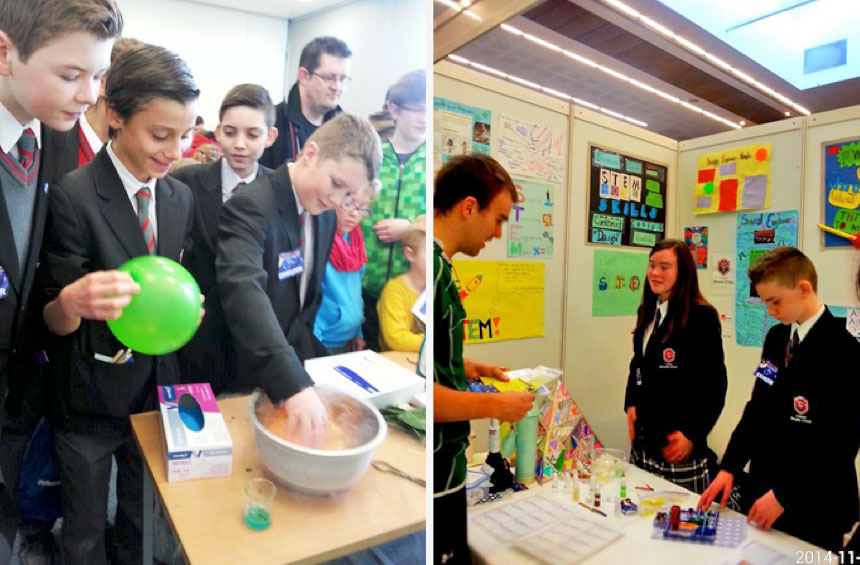 Blythe Stewart did a fantastic job explaining how we can test household products for acidity and Billie Clarke was a great electrician, showing young and old how to wire up the most complicated circuits on our electricity kits. Other helpers on the day included Katie Malone, Mollie Burke, Abigail Walsh, Darren O’Brien, Thomas Regan, Edel Flattery, Mary Duggan, Oisín Tobin, Aisling Duggan and Katie Keane O’Connor. 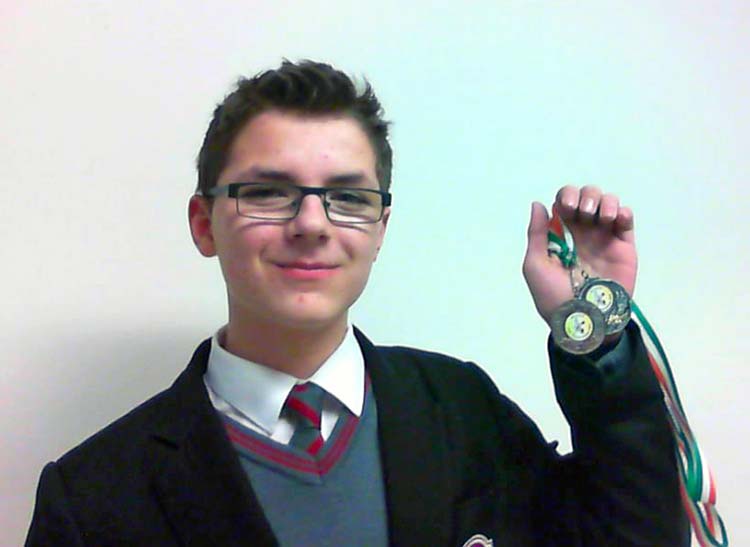