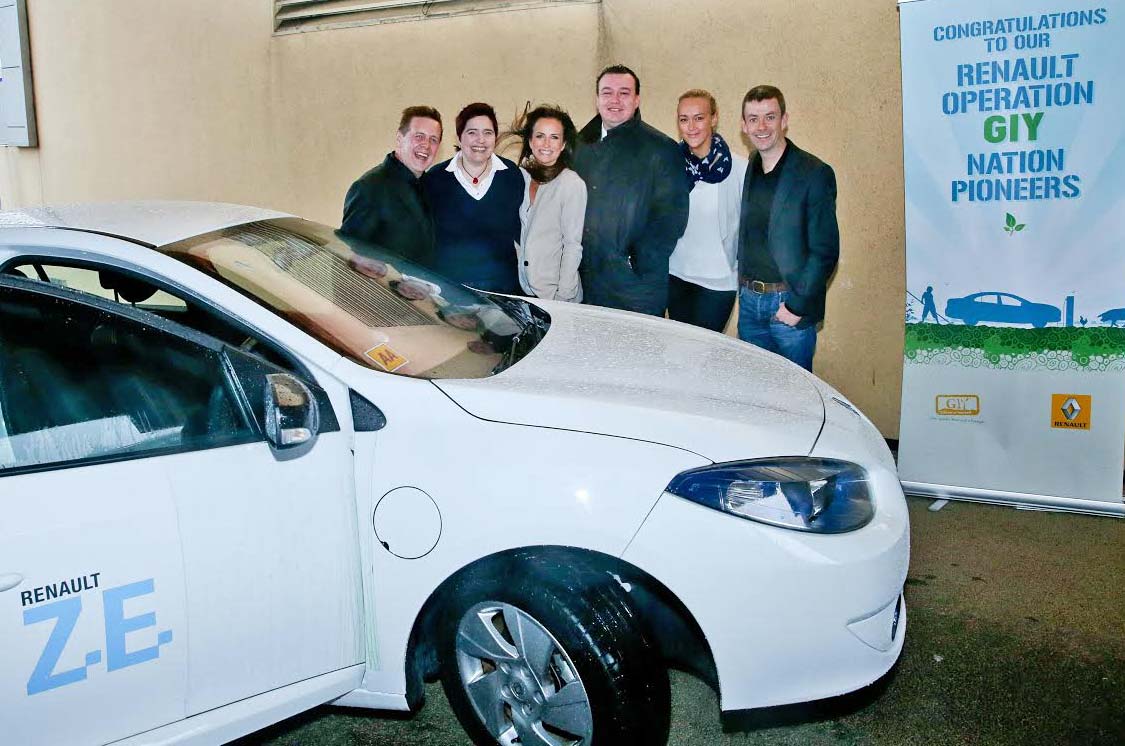 Well, it is already December and only a few weeks to go before Christmas is on top of us. The last few months have literally flown right by me and I am just now coming up for air. I graduated last week, with first class honours, from the MA in Journalism at NUI Galway and am so relieved that the last five years of college have wrapped up nicely. Now the real hard work begins as I start the search for a full time job, but I think I have earned a little break so will jump on that task after the start of the new year.

Earlier this year, Ron and I entered a competition to test drive an electric car for a few months. The competition was run by Renault Ireland in conjunction with the folks over at GIY Ireland and I have to tell you, it was a lot of fun. They chose four people from all over Ireland and gave them a Renault Fluence eCar. 100% electric with a range of 80–110 km on one charge. The cost is less than €2 per full charge if you charged at home, or it is free to charge at any of the public charging points in Galway or anywhere else in Ireland for that matter.

After months of driving an electric car and completing several gardening tasks with the kids, all the while blogging and sharing updates via social media on how the driving of an eCar was going, one lucky driver would be given the car to keep forever, and what do you know, we won the competition!

So, now that we are the proud owners of our first electric car, what is it really like? Well, it is really, really, cheap.

The first thing worth mentioning is the tax, at just €100 per year, that in itself is a great deal. The second thing worth noting is the fact that there is no need for oil changes and expensive maintenance check-ups, as the car runs on a silent battery; it feels like you are hovering around as you drive the car. Since winning the car, a few people have asked us if we are planning on keeping it for a few years or if we might upgrade it to a newer model in a few years, perhaps even one with a greater range, and a fast-charge capacity, but we think this is going to be a perfect learning car for the kids to start driving lessons in when the time comes, so we are planning to have this one forever.

As it stands right now, it kind of seems like the perfect car to have when thinking about letting your older teens get behind the wheel. There would be no reason for them to ask for money for petrol, they would not be able to go to far without having to stop for a few hours to recharge, and they would be reluctant to drive too fast, because the faster you drive in an eCar, the more energy you consume, reducing the distance you can drive.

So, there you have it. A great note to end the year on. We wish you and your families the happiest of Christmases and best wishes for a prosperous new year.