The Prime Time special on Áras Attracta, which was aired on Tuesday 9th of December, made for distressing viewing. For those of us with special needs children, it was even more so. It is every parent’s worst nightmare. ‘That could be my Johnny or my Mary.’

It was all too horrific. Surely there must be some mistake, this can’t be happening, can it, not in 2014? 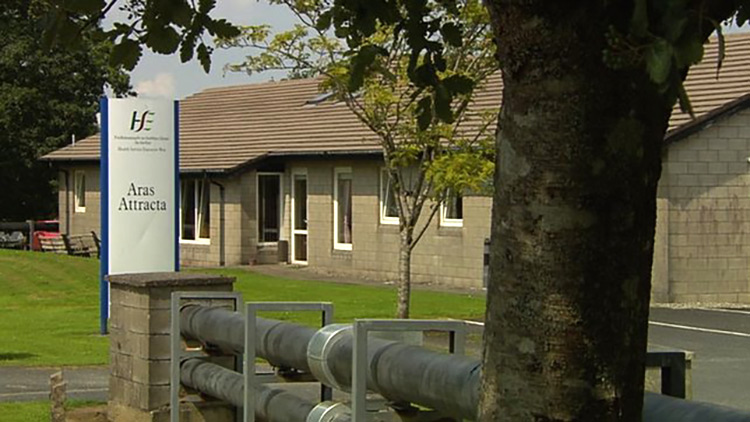 But it was, right there in front of our eyes, undeniable video evidence of the most despicable acts of cruelty. I cried. I cried for my son, for all the sons and daughters or anyone in the care of people they don’t know, in homes not of their choosing, for reasons outside of their control. They call them residents or clients but they are not, they are human beings. And they were abused by their carers, pinned down and force-fed, trapped in their armchairs for hours on end, sat on by the manager and keys, of which some are terrified, were dangled in front of them. They were verbally abused—their so-called carers would derogatorily shout her surname Ginty. Ivy McGinty, who wouldn’t harm a fly. All she wanted was to be brought to the toilet.

What was really chilling, aside from the cruelty meted out by the carers, was that this was a culture of abuse. No one individual was responsible; they were all responsible, including the manager. Huge credit is due to Prime Time for uncovering this despicable evil, and it is evil, make no mistake. It must be rooted out.

Disability services have by and large been provided by voluntary agencies, funded by the State. Many of these were religious institutions providing a service for people nobody else wanted to acknowledge. Of course it was later uncovered that some of them were abusing their position and many people with intellectual disabilities suffered horrendous abuses in their care. That particular form of evil has been eradicated.

But this facility is run directly by the State. But, in the same way, this form of evil must be eliminated, forever. Caring for a person with an intellectual disability is not easy and it’s not for everyone. In a way it’s a vocation, a calling and there are thousands of dedicated, wonderful people all over the country looking after our children every day. The Prime Time programme equally upset them; their entire profession has been brought into disrepute.

Other constituent groups, like nurses, have also been left reeling—four of the thirteen people currently on paid leave pending an investigation are nurses, three of them registered nurses. The words used by the commentators on the night failed to adequately describe what we were seeing—“appalling”, not even close, it was horrendous, sickening and disgusting.

The response from the HSE showed a complete lack of empathy for the victims.

Pat Healy, National Director for Social Care, described it as “upsetting”, saying “that behaviour has no place in the Health Service”. Yes, he apologised but it was a cold response. These are human beings—sisters, daughters. They have feelings too.

The programme also revealed the abject failure of the inspection mechanisms of the State to oversee this sector. It’s true that the Health Information and Quality Authority (HIQA) is only in operation a relatively short time and began inspections of residential centres a little over a year ago. However, this kind of abuse will never be uncovered by routine inspections and the laborious checking of paperwork, processes and procedures.

It is, of course, only right that proper policies and procedures are in place, but HIQA is not having the desired effect, quite the opposite. It is placing a huge burden on an already weakened sector. The Áras Attracta fiasco is proof that it is ineffective, as they had already been investigated by HIQA, who had produced a report with some sixty recommendations all of which had been implemented. All was well, or so they thought.

HIQA called for more training for staff. What a nonsense! You can’t train someone to be a caring person! This is part of a wider problem of people management within the public service: proper performance appraisal and redeployment when necessary. The carers depicted in the video were in the wrong job and should have been removed.

It is also clear that routine inspections could not have uncovered the truth. Covert video surveillance is not optional, it’s a must-have. Please don’t talk to me about the privacy and dignity of people with intellectual disabilities; we are talking about their safety, well-being and protection—and that takes priority.

I could despair, I could just curl up and hope that my son dies before me like so many parents of children with special needs, but I won’t. There is Hope for Disability; it’s good that this has happened. We have to know what’s going on and we have to be strong enough to advocate for our loved ones and ensure that it never happens again.

Disability services have suffered as much as any sector as a result of austerity. Estimates vary but disability funding has been cut by as much as 25% over the past six years. It’s time to put an end to the downward spiral and re-invest in the future for our loved ones. After all, they are people too. 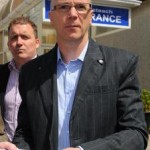 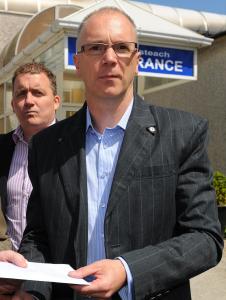