Fairy tales, myths and childhood imagination have inspired Catching Dreams, a new exhibition by Kathy Ross, which will open next Tuesday February 10th in Áras na Mac Léinn at NUIG. The show is part of this year’s Múscailt Arts Festival, hosted by the University, which will run until March.

“Catching Dreams seeks to explore those heroes and heroines villains and beasts that have allowed people to believe anything was possible—once you had a little bit of imagination,” says Kathy.

The artist, originally from Doughiska on the east side of Galway City, has a degree in Art from The National College of Art and Design in Dublin, and a post-graduate qualification in Arts Administration from NUIG. As a child she loved fairytales, but she credits her children, Milly aged six, and Luke who is a year and a half, as being the inspiration for her current fascination with myths and lore.

“With two small children running about the house, every day is filled with new wonders and experiences. Fairytales seem that bit more believable when you see the world through the eyes of a six-year old.”

It’s not just her own children who are inspiring her. Last year Kathy was one of only eight artists to be awarded the Artist in School scheme run by the County Council. This allows for selected artists to work in a primary school with students for up to forty hours.

Kathy would love if adults could recapture some of that childhood imagination.

“As a child I remember curling up and pouring over the pages of my favourite children’s books. They were so beautifully illustrated, filled with vivid colours and fantastical creatures, each one transporting me to a different more wonderful world. As adults I think we lose a certain edge to our imagination. Colours become duller, edges become sharper, and reality winds over.

“Even the artwork we choose for home is grey and ordinary,” Kathy continues. “For me colour and imagination are crucial. I want to capture your imagination, I want you to question the mundane. Open your mind up to the realm of possibility and childhood wonder and grasp onto your dreams.”

Kathy’s work is in public and private collections in Ireland and the UK, and she has taken part in many group shows in Dublin and Galway, including Tulca, since graduating from College. 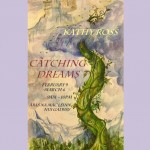 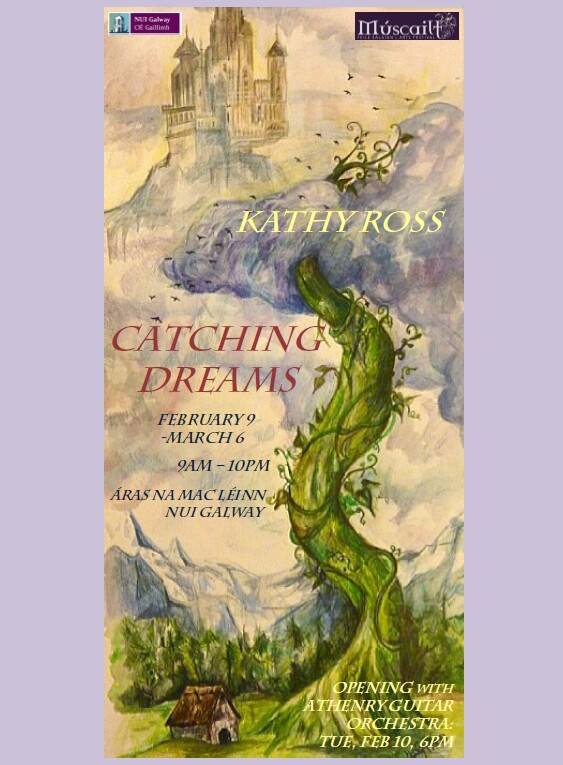