What do pop superstar Beyoncé and the annual Galway Cathedral novena have in common? A suggestive press release would suggest a lot, so The Irish Catholic went to investigate.

In May 2003, Beyoncé released Crazy in Love which went straight to the top of the charts and has subsequently become one of the most performed songs of the last decade.

According to the singer, the hit record speaks “about how, when you are falling in love, you do things that are out of your character and you do not really care because you are just open”.

The lyrics refer to a state of romantic obsession. Being crazy in love means that you are prepared to do crazy things for the person or persons you love. 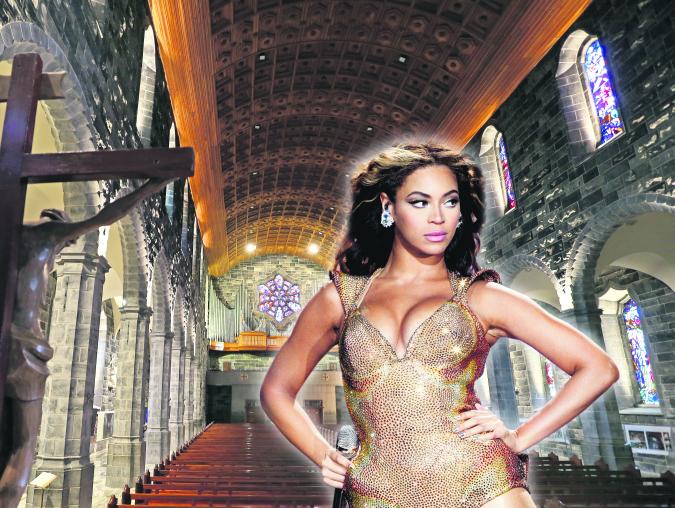 More than two centuries before Beyoncé released her single, an Italian preacher was using the same language to talk about God. The preacher was St Alphonsus Liguori, founder of the Redemptorists.

He used the phrase pazzo per amore to describe God’s crazy love for humanity.

It turns out this will be just one of the many topics Redemptorist preachers will be speaking about during the nine day novena in Galway which begins next week.

Fr Martin Whelan, who is based at Galway Cathedral, believes there is “something special” about this time of year. “Spring time, just before Lent… January can be quite sleepy month so the Novena creates a genuine sense of occasion. In a way it is a start to the year in terms of energy and enthusiasm,” Fr Whelan said.

The Novena itself is a massive event, not just in the life of the Church, but in the life of Galway city, with an average of 10,000 people passing though the cathedral daily.

“The Novena is a massive operation. A whole culture has built up around it. As an institution it’s solidly supported by the people of Galway,” Fr Whelan said.

While the Redemptorists are the facilitators, it’s all hands-on-deck for the cathedral staff and volunteers for the nine days.

Parish priest of the cathedral Fr Peter Rabbitte is a leading figure in the organisation and under him exists a number of different committees and sub-groups that operate with responsibility for different areas.

From Ministers of the Eucharist to traffic wardens, up to 250 volunteers ensure the Novena runs without a hitch each year.

“It’s like a machine. It just works,” Fr Whelan said.

While the Novena has been an institution in Galway for more than 30 years, this year’s event marks the 50th anniversary of opening of the cathedral, which was built between 1957 and 1965.

The building was consecrated on the Feast of the Assumption, August 15th 1965 by Cardinal Richard Cushing of Boston and its jubilee will appropriately be marked by a visit from Boston’s current archbishop, Cardinal Seán O’Malley. But that’s not until August and organisers have their minds firmly fixed on next week’s main event.

Novena coordinators are also eager to showcase the extensive renovations completed recently, which, according to Fr Whelan, have transformed the cathedral in Galway.

The refurbishment of the cathedral, which included insulation, efficient energy systems and new lighting systems, was undertaken in accordance with best practice in terms of energy conservation.

“It has in many ways transformed the cathedral, not in any essential structural way, but it has made the place much more homely and inviting,” Fr Whelan said.

Pope Francis has evidently been a major influence on this year’s novena. Even its theme, The Church on the Streets—Living the Gospel Today, a phrase borrowed from the popular Pontiff.

“This year’s theme is based on Francis’ vision for mission. That the Church would become a Church of the streets and interact with people where they are living, work, go to school… and connect with them at that very basic level,” Fr Whelan said.

“So when people come to the Novena this year, each of the nine days covers a particular topic in areas such as spirituality, social justice, Gospel values and they will see that Francis has influenced a lot of material that will be used for those reflections.”

Given the special occasion and in keeping with its theme, those behind the novena are keen to attract newcomers this year.

“We want to reach out to a broader group of people. We would like people who may have heard about the novena but have never come to experience it for the first time,” Fr Whelan said.

Organisers also hope to exploit the close proximity of National University of Ireland, Galway which provides the cathedral with access to thousands of young college students.

One element that has proved popular among younger generations at the novena in the past and could be capitalised on is the availability of meditation and Eucharistic adoration. “That has become extremely popular. A few hundred attended last year and it’s growing,” Fr Whelan said.

“It’s held at night in the dark of the cathedral with just candle light. People find it a very soothing, meaningful experience.”

Aside from the optional extras, Fr Whelan stresses that the core strands of the novena remain the same. Traditional devotions, a strong sense of community and powerful teaching.

With the Galway Cathedral Novena pulling these three together so successfully each year, it’s little wonder that it continues to draw the crowds.