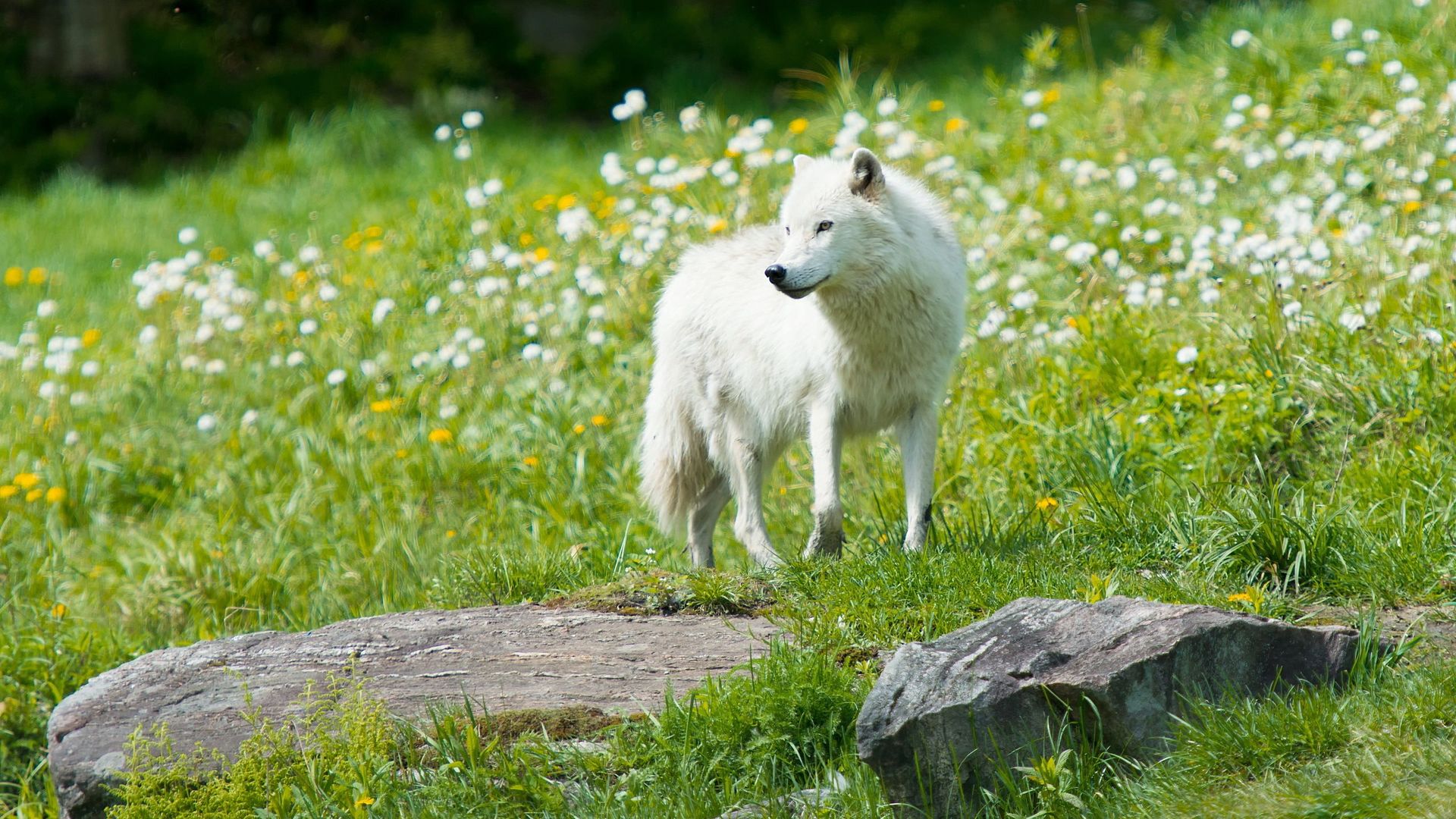 Jade stopped and through her tears she saw a wolf, majestic and regal looking. Jade thought that she ought to be scared but something about The Wolf made her feel safe.

“Hello,” she breathed quietly, not wanting to scare The Wolf, as soon as the thought crossed her mind she thought how silly it was, The Wolf didn’t look like the kind of creature that scared easily. Jade took small steps, one step and she’d look up, holding her breath, waiting to see if The Wolf would run. Jade kept doing this until she was almost an inch from The Wolf. She reached out her hand to rub him and he ran, ran as fast as the wind into the pines! The Wolf had made Jade feel relaxed and as she walked back home she realised she would have kept going if it wasn’t for The Wolf and would have got lost.

Over the next few weeks Jade couldn’t stop thinking about The Wolf. At school she was even more dreamy than usual. The Sunday after the last day of school Jade went into the pine forest to see if she could find The Wolf. Jade went to the place where she had first seen him. There he was, sleeping, looking just as magnificent as before. Jade could hardly believe her eyes, over the last few weeks she had thought that maybe The Wolf had been a fragment of her imagination but as Jade looked at him she thought he was too beautiful, too real for her to have imagined him. The Wolf had woken up and was now looking at Jade as if he could read every thought that crossed her mind, hear every beat of her heart. Slowly The Wolf got up and started to walk towards Jade.

“Hello,” she breathed for the second time, this time though when Jade reached out her hand, The Wolf let her stroke him, his fur felt amazingly soft and was a beautiful sliver grey. It was at that moment that something amazing passed between Jade and The Wolf!

This is part of a story written by eleven-year old Uisce De Burca last year when she was in fifth class at Claregalway Educate Together.