Save the date! The Coláiste Bhaile Chláir school choir will be performing at the Youth Mass at Claregalway church on Saturday 23rd May 2015.

The 4-month Challenge develops students’ confidence and competence in maths using Khan Academy, the global leader in free online learning. Students and schools from 4th class to 5th year (ROI) and Primary 6 to Year 13 (NI) are eligible. The uniquely competitive and engaging experience culminates with top scorers advancing to in-person playoffs, where over €20,000 in prizes and the title of MATHletes All-Ireland Champion. 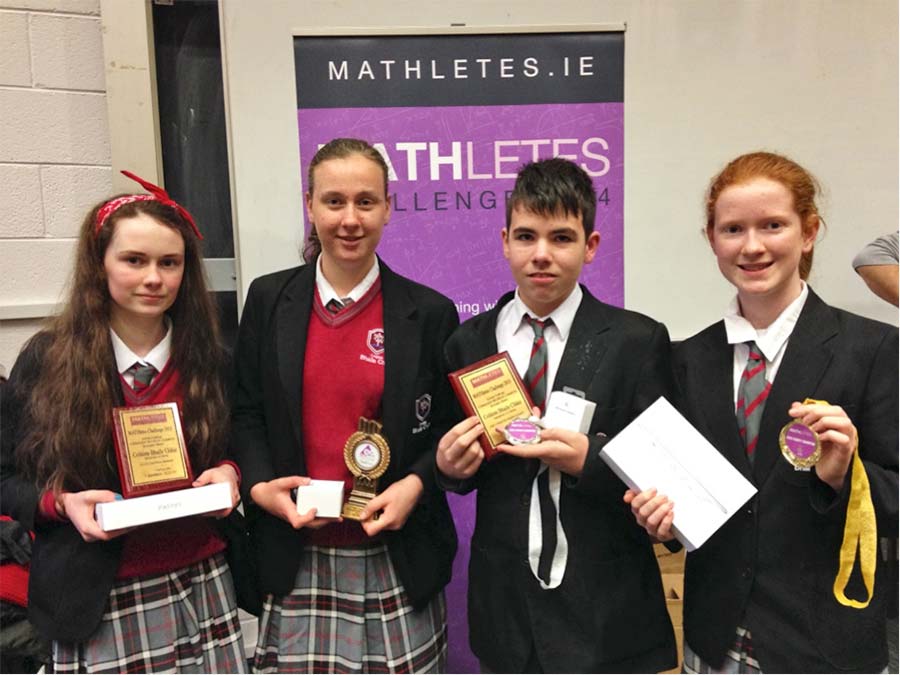 35 students competed in the first ever Connacht Indoor schools event held in Athlone IT. This event gave our athletes the opportunity to compete on the indoor track and had their results timed. 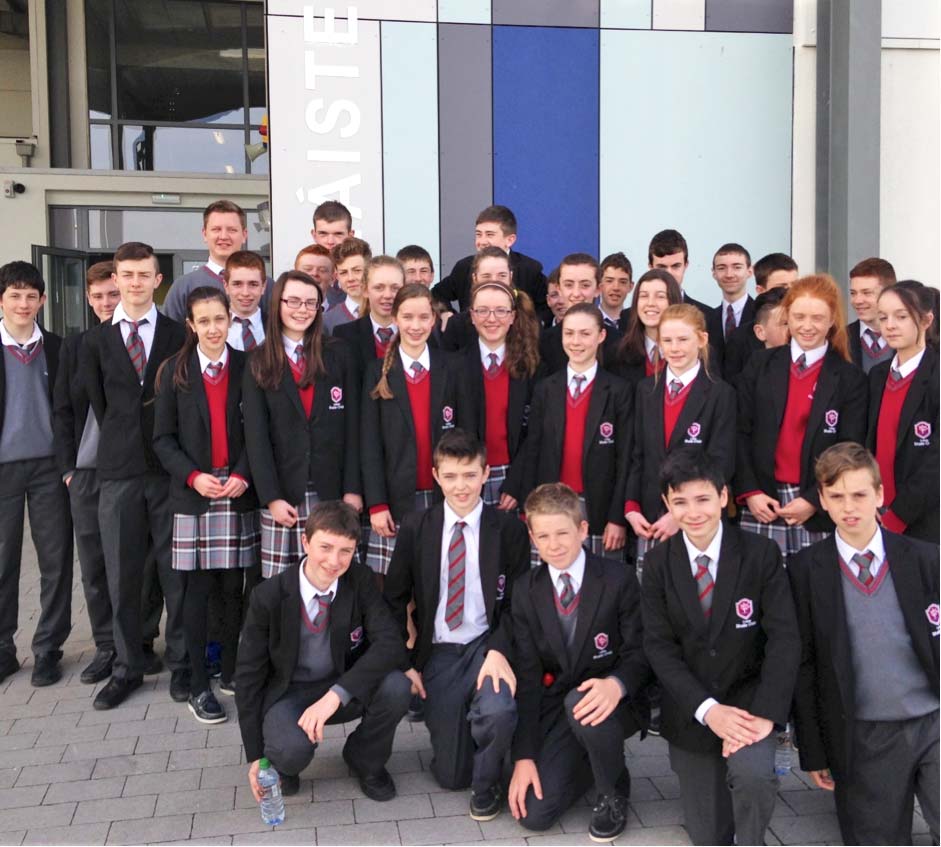 Students from Coláiste Bhaile Chláir who participated in the first ever Connacht Schools indoors at Athlone IT.

Coláiste Bhaile Chláir performed very well and the event helped to prepare our Athletes for the South Connacht Schools Track and Field finals held at Dangan on April 30th. 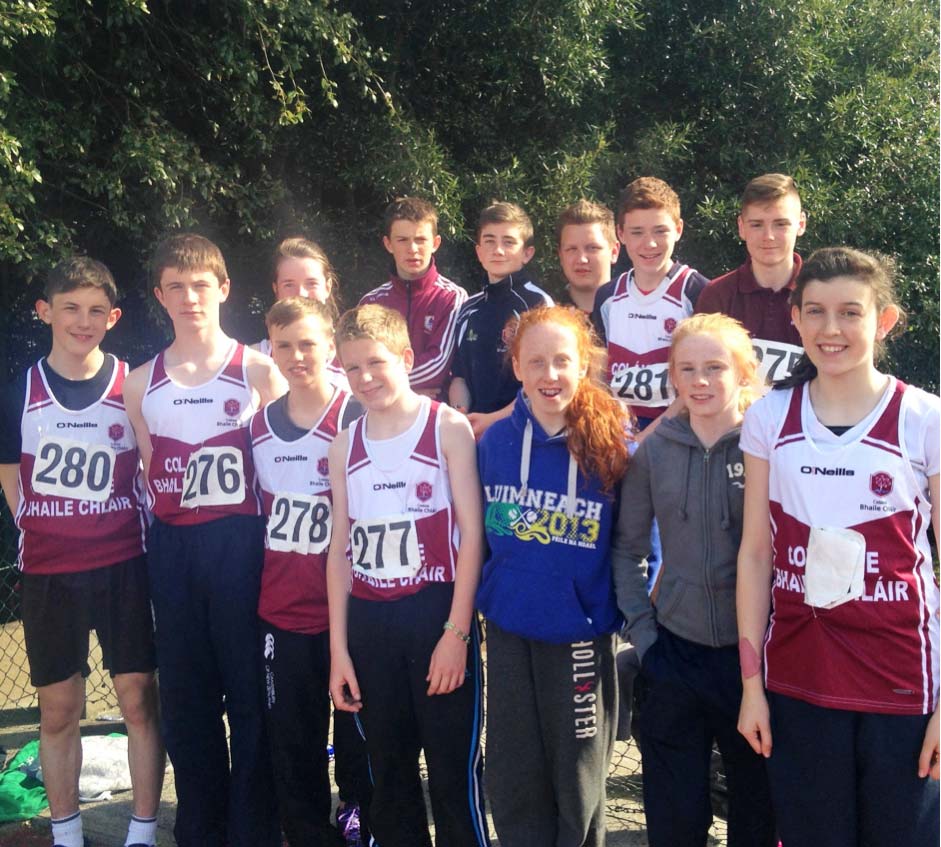 Some of the students who participated in the South Connacht Athletics Track & Field in Dangan.

Seven students are competing in the Connacht Finals at Athlone IT on Thursday 14th May.

27 second year Spanish students from Coláiste Bhaile Chláir will travel to Spain on Saturday the 16th of May as part of the exchange programme organised with IES Torréon, a secondary school in Ciudad Real. 27 students studying Spanish will leave in the early hours of Saturday morning with their teachers for one week. They will be staying with host families where they will be fully immersed in the Spanish language and culture. We hope they have an unforgettable experience.

by Leah Flynn and Leah Grealish

On the 28th and 29th of April Louise Lennox, a well-known pastry chef who features on TV frequently came to our school, Coláiste Bhaile Chláir for a cookery demonstration. Louise demonstrated chocolate covered profiteroles with homemade crème patissiere filling inside and coloured chocolate decorated marshmallows. 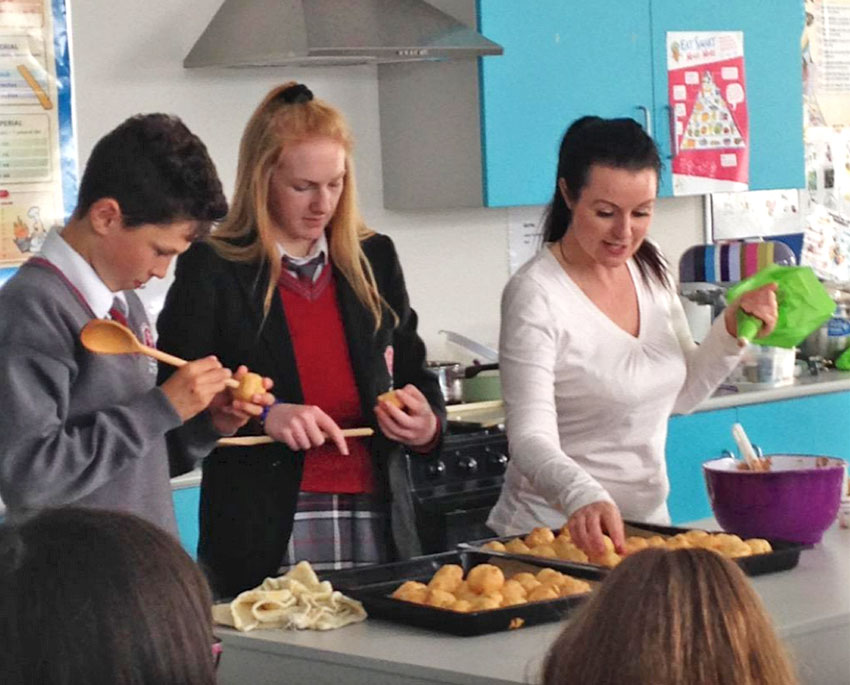 The next item to be demonstrated was the homemade marshmallows. We were given the choice of raspberry or vanilla flavoured marshmallows. She also showed how to get a two toned marshmallow effect. The ingredients required for the marshmallows were gelatine leafs, cold water, granulated sugar, liquid glucose, egg whites, vanilla extracts, oil, corn flour and icing sugar.

Louise took us through each stage of the demonstrations one step at a time. We found it interesting and thought it looked delicious! Louise brought different volunteers up. When Louise finished cooking we were all hoping for a taste and each student tasted a homemade filled profiterole and a chocolate topped marshmallow! It was a fascinating cookery demonstration enjoyed by all.

Night at the Dogs

Many thanks to the Parents Association, Local Businesses, Parents, Staff and Students who supported the Coláiste Bhaile Chláir Night at the Dogs held on Saturday the 9th of May.

Coláiste na nGael Óg will be providing classes on the following dates.

The camp will run daily from 10am–3pm. The camp will follow the same format as previous summer camps with Irish lessons, drama, sport, dance and music. A tour and t-shirt is included in the fee.

Suíomh/Location: The Irish camp will take place in Claregalway College.

Táillí/Fees: Total amount of €90 per child to be paid at registration on the 19th of May.

If your child has not been with the college before please bring them with you so we can assess their level of Irish.

On Tuesday the 5th of May the first year girls’ basketball team departed from the school along with a group of supporters for schools first ever All Irelands Finals. After arriving in the National Basketball Arena, Tallaght, it was straight into game mode. The girls went straight into their warm-up after coming out of the changing rooms.

We got off to a shaky start with Niamh Egan going down with an injury within the first minute. Throughout the game there was a very low score from both sides. As the game entered the last quarter the Cork girls pulled slightly ahead. The team knew entering the last quarter that it was their last chance to make it through to the final, so the pressure was on. In the last 7 minutes Claregalway scored five baskets, more than what they had scored in the previous three quarters put together.

Unfortunately it was heartbreak for Coláiste Bhaile Chláir, as the final score line read 18–20.

It was a great achievement to reach the All-Ireland semi-final stage after winning the Western Region for a team in early development. Hopefully this is start of great things to come! Congratulations to all players for all their hard work and commitment throughout the year.

All the students entered in the Scifest competition from Coláiste Bhaile Chláir gathered at the school at quarter past eight on Thursday the 14th of May. After loading the bus, we departure the school and arrived at the GMIT, in time so we could all set up.

All the groups found their stalls and were quickly set up and ready to begin. All the competitors were called in to a lecture hall were the organisers called out the day’s schedule. The judges slowly made their way around, with each stall being visited by at least one judge. After 2 hours the competitors went to get lunch. After lunch we were once again called into the lecture hall and we listened to three talks.

When the talks were over, the competitors had a chance to ask questions, with Aoife Ryan, a 1st year Claregalway student won a prize for the best question. After a patient wait the organisers started announcing the winners. The first group from Claregalway to be announced as a winner was 1st year girls Ciara Mitchell, Aisling Killilea and Jennifer Hopkins scooping the Space Award.

Overall it was a great day for Coláiste Bhaile Chláir winning many awards and showing great interest in STEM by all students involved. 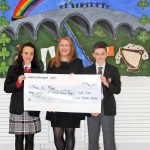 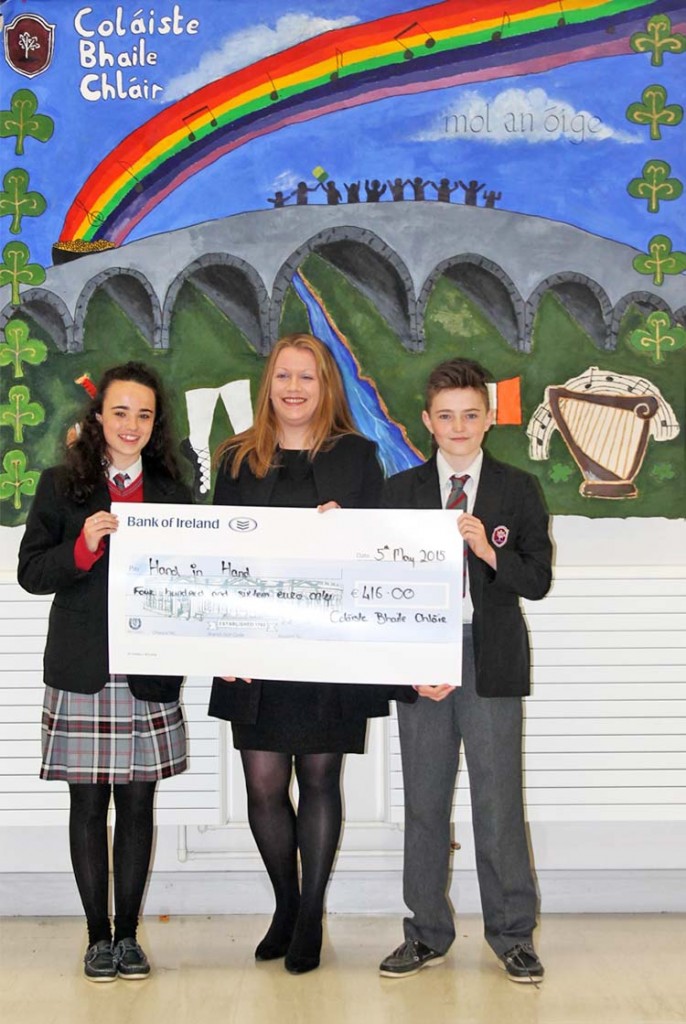