Gerry Connolly who passed away on Saturday, will always be remembered as a talented club hurler who was Cashel to the core.

Hundreds of mourners, and in particular from Galway’s hurling heartlands and GAA, turned out at the funeral of Gerry Connolly this week to pay respects to one of the country’s great club hurlers from Galway’s greatest hurling family. The Connolly family always regarded Gerry as the most natural and gifted hurler of all the brothers after John.

Even though Gerry’s inter-county career was short-lived—he featured for the Galway seniors in an All-Ireland semi-final in the early 1980s and played for the country at underage—he was an integral player in Castlegar’s greatest successes.

A happy-go-lucky character who perhaps wasn’t suited to inter-county, Gerry was a very effective club hurler who had unrivalled natural hurling ability.

A forward on the Castlegar teams that won two county titles in the heady days of 1979 and 1984, the pinnacle of his club career was lining out at corner-forward for Cashel in the club’s greatest hour—winning the All-Ireland club final in June 1980.

During his playing career, Gerry starred in many jousts with Castlegar’s three main rival clubs, Kiltormer, Gort and Killimordaly. He was very highly regarded within the club hurling scene in the 1970s and 1980s and that was reflected by the huge turnout of former opponents from those clubs at the funeral.

On the field, Gerry had a reputation as a fierce tough opponent who was fearless and would fight like a dog to win the ball but, off-field, he was much loved by players from his own and rival clubs for his unique character and the likeability factor that he possessed.

Gerry had a phenomenal love of Castlegar GAA Club, and he was regarded as Cashel to the core. He was mad for hurling and absolutely loved Castlegar, a club he was involved with as a player and in management for over 40 years. As well as being involved in management that guided the Castlegar minors to county success, he also coached the club’s camoge team to win a county title.

Indeed, his involvement at coaching in the club was prolific—he coached or managed every team including in camogie and hurling from U12s right up to and including senior.

Some four months ago, Gerry’s cancer diagnosis was terminal. He was cared for by the staff at University Hospital Galway and met a peaceful end under the care of the wonderful staff at Galway Hospice on Saturday.

A plasterer by trade, he was aged 57. From Ballybrit, Castlegar, Gerry lived in Gortadooey, Claregalway for almost two decades. He is sadly missed by his loving wife Carmal and two daughters, Elaine and Karen. He is the eighth of the ten Connolly siblings, and the first to pass away.

One of his final journeys was made in recent weeks when he and his nine siblings, sisters Maura, Sarah and Mena, and brothers, John, Padraig, Michael, Joe, Tom and Murt, took a bus trip to Kinvara and then on to the Earl Inn in Killimordaly.

There they had a sing-song, which in his heyday he would have been in the thick of, and reminisced about the fierce rivalry between Castlegar and Killmordaly that existed in the 1980s.

Hundreds of people paid their respects at the removal from the Church of Assumption and St James’s in Claregalway on Tuesday. Gerry’s final journey was to his resting place in Rinville Cemetery, Oranmore, where he was buried overlooking Galway Bay with another Castlegar man, and great friend of his, Ted Murphy, who was also a member of the great 1980s team that won the All-Ireland clubs crown. 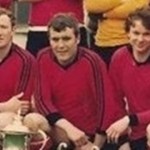 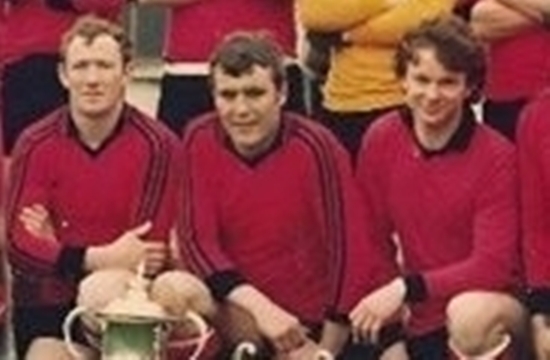