It was with great sadness last weekend that we learned of the untimely death of Joe McDonagh. Our sincere sympathies go out to Joe’s family on this great loss. In the coming weeks, months and years there will be many tributes to Joe and his role in so many facets of life in Galway. He will be remembered fondly by his many friends in communities throughout Galway, including our community here in Claregalway.

CEO of County Galway VEC from 2006 to 2013 was one of the many roles Joe played in Galway life. In that capacity Joe played a pivotal part in the identification, securing and opening of the new second-level school for Claregalway. One of his first tasks as CEO in 2006 was to oversee a study of education provision in South Galway and Joe immediately expanded the terms of reference of the study to include Claregalway. The inclusion of Claregalway in the study, which was published in late 2007, created the opportunity a few years later in 2010 for a group of parents to begin the successful campaign for the school. Throughout that campaign, Joe, and his colleagues Pat Gilmore and Sean Duffy, gave wonderful support and advice to the parents, even though in the early stages the VEC were not directly involved. After the VEC applied for and was awarded patronage of the school, Joe and the team played a critical part in advancing the progress. There are many schools around the country that were approved before Claregalway and are still not open.

It was summer 2012 that approval was obtained to open the school in September 2013, and it was at this point that responsibility formally transferred to Joe and the VEC team. This is when the project could have faltered, because even though approval was given to open the school it was conditional on acquiring a site and constructing buildings in time. If the momentum had slowed even for a few weeks we would have missed the window and the opportunity to open in September 2013. Joe was absolutely magnificent at this point, he moved quickly, mobilised his team, put options on the table, got decisions, put plans into action and in August 2012 he had moved the project forward from a concept to a reality, confirmed everything he needed from the Dept of Education in order to open the school, and the real work started in earnest. It is difficult to explain the importance of Joe’s role at that time; to bring together all the elements required time and effort, innovative thinking, diplomacy, charisma and an iron resolve.

In the months that followed, Joe’s decision to commence enrolment in September 2012 (for 2013), for a school that did not physically exist, did cause concern for some parents. However, the esteem in which Joe was held, and his excellent work in keeping open communications with the parents and community helped enormously in building trust and maintaining faith in the project. Coláiste Bhaile Chláir (the school name proposed by Joe) opened in new buildings in September 2013 with an outstanding management team and complement of teachers, and 168 first year students, one of the largest opening enrolments in the history of the state. It has continued to exceed expectations, goes from strength to strength, and has been life changing for so many children and families in Claregalway.

On a personal level, it was an honour and a privilege to have known Joe and to have shared in this small part of his life’s work. While his legacy extends far beyond Claregalway in sport, education, and community development, always enhancing the lives of young people; we are very thankful that Joe McDonagh became so involved in our community, supported our dreams and touched our lives. He will be greatly missed. May he rest in peace.

A Man You Don’t Meet Every Day

We all like someone good batting for us. Someone who can go out, without resort to a note or a rehearsed rote-learned speech. Who sounds lyrical but not flowery. Who speaks sense. Who preaches what is right. We all love it when our leaders are people who orate easily, who can melt hearts with their smiles and their personality, who can defuse the most tense of situations with an ability to bring sides together. Because when our leaders look and sound well, we think that we look and sound well. If these are the people who represent us, by extension, then we are all the better for having them lead us.

In Joe McDonagh, we had all that. When Joe went out to bat for the west, he returned always with handsome innings. He looked the part, he sounded the part, he was the part. He was mischievous, serious, emotional, determined and dignified.

I was so saddened when I heard on Friday night that he had passed away after a short illness borne with all the drive and positivity of the man that I had known for the past few decades since I entered this trade. He was a colleague of my wife, Bernadette, as they both set out 26 years ago to respectively build a news service and a sports service on the then fledgeling Radio West (now Galway Bay FM). I loved the way he said Abbey-Duniry, I had never heard of Abbey-Duniry, but after hearing Joe say it, I wanted to go there and to see it. It sounded exotic.

When we think of Joe, our minds go to 1980 and the Hogan Stand, but perhaps his biggest oratorial contribution that week was on the Wednesday before when the team were dining at Athenry Mart and he started a speech along the line “we’re not coming back to Eyre Square next Monday night a beaten team.” And it started an emotion that made this talented team truly believe that they could do it. It was like a scene from that movie Brubaker when all the inmates followed in turn with their contributions of commitment. And believed. And that belief turned into a victory that today makes grown people cry.

And while he was a man of the utmost integrity, he was also one who loved a bit of gossip, a bit of craic. He would sit you down and ask you to fill him in on what you had heard about so and so. And he’d return the compliment.

I knew him too as the consummate host of the Galway Rose competition (which I judged on and off for a decade or more with the consequence that I can now spot a potential Rose of Tralee winner at at least 500 metres. At a time when Gay Byrne was the national host, it was always accepted that Joe could easily have stepped into his shoes and carried it off with as much aplomb. Joe was a master host, topped off by the fact that he could also serenade the winning Rose with the song itself.

If we were to hear at the start of this year that Galway would lose both Christy O’Connors and Joe McDonagh, we would not have believed it. These are all once in a generation men. To have three at any time bestows a wealth of riches on a county; to lose three in the space of a few months is heartbreaking and leaves a massive void in the pantheon of greats that this county has created.

In essence though, Joe McDonagh was someone you were proud to know, who you were proud to know was representing Galway and the west very well at the top table. And also because you knew that he was one of the good guys. His innate common sense, his ability to orate, and his desire for progression giving us a GAA today that is still light years away from the one he first entered.

Joe’s legacy is felt right across the county. Every September, our hurlers strive to mirror the moment that he created in 1980; there is a greater respect between the varying games in this country because of the steps Joe took to break down barriers, to ensure that sporting lives mirrored the changing times, the greater tolerance, the peace process, the new Ireland.

And then in more recent times, the work that Joe did contributed to situations where thousands and thousands of Galway children are getting a great education and a foothold on the ladder to success. I know of one situation when Joe saved an entire school in the past few years—a school that will benefit and create and nurture an interest in the wonders of things that he shared, such as the love of the language and its ability to move people. He did that because he believed in doing what was right. That was Joe. Always doing the right thing.

He was a man you don’t meet every day. A man who made a major difference to how Galway, Ireland, and the GAA saw itself. A man who loved the Irish language and whose ease with it contributed to the campaign to have it reenergised.

Sixty-three is a short life relatively, but Joe McDonagh fitted 126 years into those 63. The greatest tribute we can pay him now is to replicate his ideals, to become like him, to find new people who can be the next Joe McDonaghs, to go forward to make a difference. Our thanks go out to his wife Peig and family for sharing him with us. They will miss him terribly. Farewell, Joe. 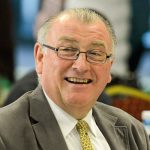 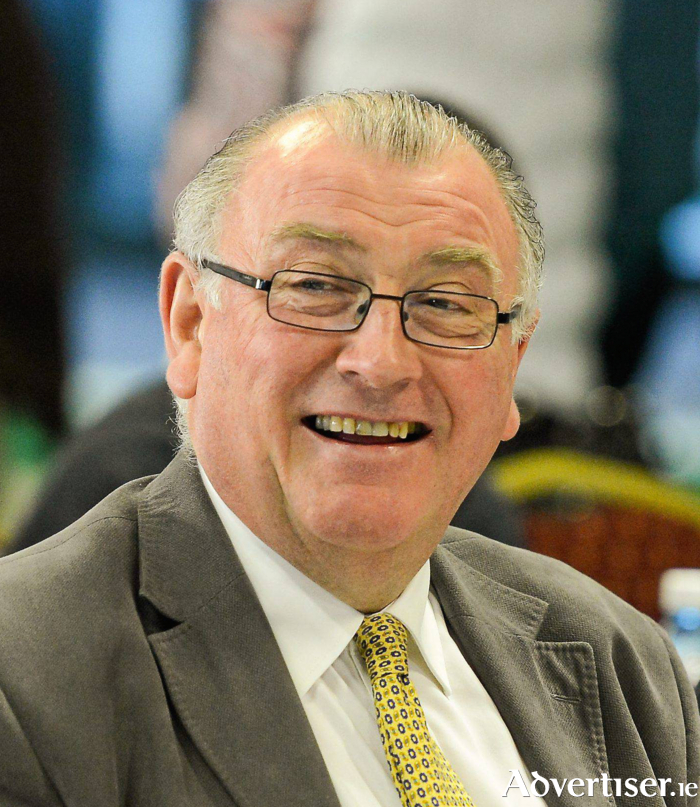