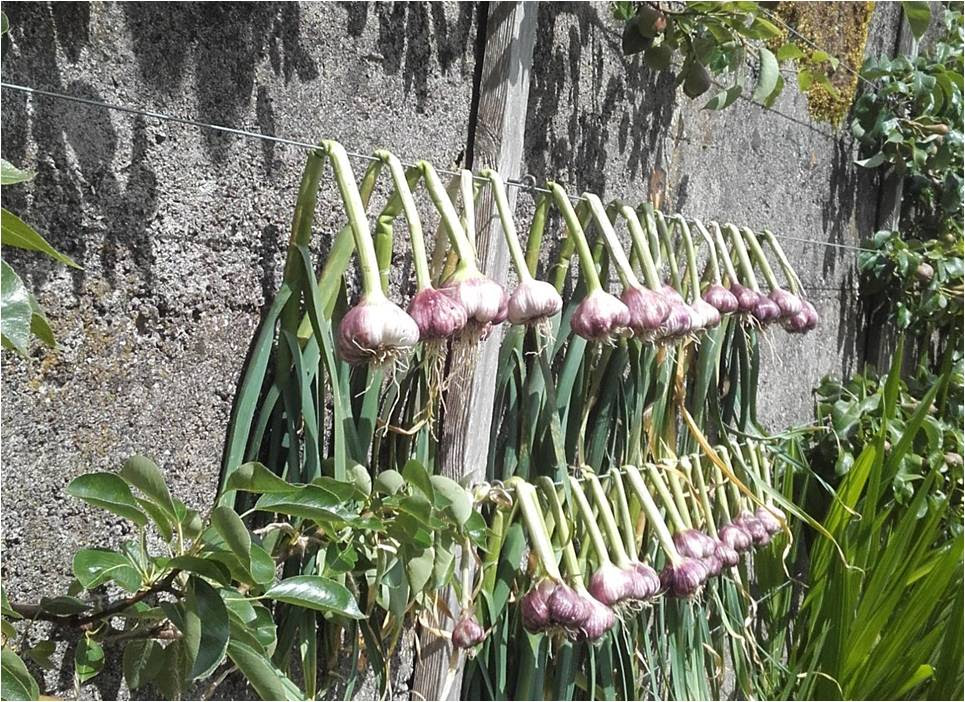 In the last few days I’ve been travelling up and down the country participating in garden open days or study days. On Friday I was at the Walled Garden Study day held at Russborough House in Co. Wicklow. The event was organised by the Irish Georgian Society. I learned so much from all the speakers which included Terence Reeves-Smith who gave probably the most intense, speedy and informative lecture on Walled Gardens ever. I could hardly keep up with taking notes. Other exciting lecturers included Finola Reid, Belinda Jupp, Susan Campbell and many others. At lunchtime we visited the Walled Garden at Russborough which is currently under restoration. This restoration is entirely managed by a group of very enthusiastic volunteers.

On Sunday I gave a garden tour at the Ballymaloe Garden Festival with Sue Turner. This is an amazing Walled Garden run by Mags, Sue and Ruth. It’s a real garden, growing and supplying excellent fresh organic vegetables for the house. While it’s a very productive garden it’s looks absolutely stunning and for a vegetable lover like me there is such a wonderful divers range of crops (incl. Oca, yacon, seakale, artichokes just to mention a few) as well as a delightful potager garden at the top of the walled garden with a stunning mix of flowers, herbs, salads and vegetables. This garden is well worth a visit.

September Jobs in the Garden

In September we often have the best weather and the harvest is even more abundant. Broad beans and early peas are likely to be finished by now. You can either pull out the crop or cut them off at ground level to keep the nitrogen they have fixed in the ground. I don’t think it makes a big difference as you just move the nitrogen into the compost and at a later stage spread it out in the garden again. You can now sow an overwintering green manure crop such as grazing rye/vetch mix or field beans (only towards the end of the month).

Sowing
The only crops you can still sow in September are the hardy winter salads. There is a large range of them available. My favourites ones are salad rocket and wild rocket, mizuna, mustard Red Frills and Green Frills and Green Wave, pak choy, claytonia, tatsoi and corn salad.

Planting
You can plant out lettuce, scallions, turnips, annual spinach, spring cabbage and all your winter salads. Over-wintering onion sets can be planted now.

Harvesting
You can still harvest early carrots, beetroot, dwarf French beans, runner beans, cabbage, calabrese, cauliflower, courgettes, marrow, kohlrabi, lettuce, scallions, peas, early potatoes, radish, spinach, chard and turnips. New vegetables to harvest this month are kale and leeks. By now you should have harvested all your onions. If you haven’t yet, do it soon and let them dry in the sun. If you have attempted to grow sweetcorn you should check the cobs now. Just lift the husk a little bit and see if the kernels have turned yellow.

On the link below you’ll find a list of organisations, governments, councils throughout the world that have or plan to ban roundup. If any of you know of an initiative in a county council or business who plans to become Glyphosate-Free, please submit the info to the link here: Glyphosate and Pesticide Bans Around the World as of July 2016.

Last week I saw a man on a small buggy with a tank behind. The man had a mask on to protect himself but didn’t seem to mind about the people in Carrick-on-Shannon. It’s not an easy task though—even if glyphosate will be banned—there will be (or better ‘there are’) new weedkillers and they are probably just as bad as glyphosate which we will find out only in years to come.

Come on—be one of the first county councils or enterprises that goes pesticide free!

Below is the feedback/comments from Bernadette O’Shea, author of Pizza Defined with fabulous eating/serving suggestions of our new trial tomatoes.

I’ll save seeds from these top 3 varieties and hopefully we’ll have some available for next year.

Tomato ‘Yellow Egg’
On the palate it lacks that tomato lustre. However, on a mixed plate of tomatoes it is genius. It is one that really takes up flavour which makes the salad more interesting. So, slice, salt, pepper and allow to sit for 20 minutes. Drain and when preparing plate for salad add salt and pepper again, add chiffonade of basil and a few drops of good quality olive oil. Texture and flavour simply wonderful.

Tomato ‘Fragolino’
When ripened simply a Jewel. Opened it looks like a pomegranate inside. Golden seeded and dark fleshed. Soccutiously sweet and delicately flavoured. Do not let over ripen as the skin becomes tough.

This used to be my very favourite early carrot variety and for the last 6 years I couldn’t find a supplier for the seeds. We finally found it again.

This variety can be sown in October/November in a polytunnel or greenhouse or alternatively again from late January until March indoors. From April onwards they can be sown outdoors. It’s one of the most reliable and possibly the best tasting early carrot available.

Garlic and Onion Sets will be available from mid September onwards. Check our website on GreenVegetableSeeds.com in a couple of weeks.