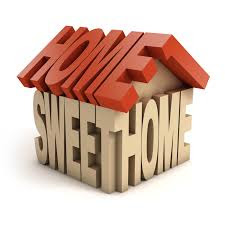 Us expats have many little tricks we us to get us through being away from the motherland and family. We discuss a four year plan but as the years pass, the four year plan starts every September, until you realise you’ve been nearly ten years abroad, you’re kids know more Arabic than Irish and you’re still fooling yourself with the four year plan!

We tell ourselves that we’re better off abroad and that life in Qatar in far ahead of life in Ireland, but after a long summer of good weather in Ireland that doesn’t entirely feel the case. But the biggest argument we make for living abroad is that as a family you grow closer and that in the absence of extended family, we cherish our immediate family even more. We land in Abu Dhabi, Jakarta or Doha and tell ourselves that an empty house and no community doesn’t matter because you have each other, and once you have each other every house is a home. That part is true, for the first twenty years of my life, I lived in one house, the next twenty I lived in 11, all were home. We arrived in Jakarta, with no Bahassa and no clue that Bahassa was the name of the local dialect, no mode of transport and no-where to go even if we had a car, and yet it was home, because we were all together.

This year that argument is shot, we have to adjust our mentality again as we leave our eldest in Ireland to go to college and go back to Qatar without her.   It was always the fundamental part of the ‘living abroad’ rationale that at least we were all together but no more and I’m not quite sure what that means for ‘home’ but it certainly changes the current definition.

Nineteen-year-olds leave home to go to college all the time but they have the anchor of home a solid family home that she was born in, grew up in, and is probably twelve euros fifty and two hours away on a bus. But when you’ve emigrating and lived in several rented houses around the middle east, the concept of home becomes a moving target and might make returning to Ireland and re-integration to life in Ireland a little more difficult for a first year student.

It’s the reverse of what usually happens, she’s being left at home with the responsibility of the bins, the oil and the electricity bill and we’re heading back to a sunny winter in Qatar where relationships are frivolous and fun and we enjoy our time because we know it won’t last forever. Shouldn’t it be opposite that we’re at home sorting the recycling and the student is enjoying an alternative life for a while?

It’s just another foible of expat life, another thing that’s that little bit topsy turvy compared to what life should be like.

So if home is no longer the place where we are all together, then where is it? Is it Qatar, is it Ireland. The answer it seems is, it’s both. That ingrained sense of home that we left Ireland with ten years ago has slowly but surely been chipped at and moulded into another form altogether and, I think I like it’s better than the original, more flexible.

The idea of ‘home’ being one place or house now not only feels idealistic but also a little redundant. How limited we would be if we considered home to be one tiny pinpoint in a big wide world? We have to think to this because number two will be leaving next year and the concept of home might then be extended to Belfast, Bristol or Berlin. It’s another aspect of life and the reality of expat life that we need to accept and accommodate into our psyche.

The concept of ‘home’ being one special place is a luxury enjoyed by the lucky few, for others ‘home’ is a moving target, or perhaps several moving targets because the world is one big special place, don’t limit yourself, own it.