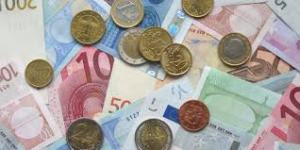 It’s a common condition among expats, we leave home, live in places like Qatar, Indonesia or Abu Dhabi and fell the fear every day that our kids lose their sense of belonging to their home country. Every day, in every day, you try to instil in them, where they’re from, what that means and send the message that Qatar is a temporary, albeit unfolding to be, a long-term contract.

For eight and a half years, I’ve pontificated about Ireland, about Irishness and the reality that it is home and our full intentions to return. When it came to the time that they would flee the nest in Qatar and return home to study my constant reassurance to them of their Irishness would pay off, they’d be received with open arms, home.

Any why wouldn’t they be, after they are Irish, born in Ireland, Irish passports, baptised in Ireland, attended the majority of their primary education in Ireland, served mass, played camogie, had freckles and celebrated their holy communion’s in posh white frocks on an oversized bouncy castle at the back of the house, you can’t get more Irish than that. ‘of course you’re Irish, I’d say, when doubt was etched across their faces, ‘they’ll welcome us home with open arms’, I said even when I wasn’t sure, and luckily enough, back in 2014, on Patricks Day, Rory Quinn made the gesture to Irish emigrant families, that they wouldn’t have to face international fees when they’d return, the gesture was noted at the time as significant and it was certainly welcome news in our house.   My argument was won, the government had made provisions for them, they would be welcomed, and it was confirmed, they were Irish.

All went swimmingly, the A levels translated to the CAO, she got her top choice and on her first day in college three other girls were wearing the same Penney’s jumpers, hashtag, approval. Reintegration couldn’t have gone better, and I took the opportunity to issue a smug, I told you so with a metaphorical jostle on the arm. Nine years, in four countries was not biggie she was home now.

A newbie to this college scene, I thought the bill would be payable early September, but no sign, was this was too good to be true? There was no mention of money! I had stashed away the compulsory Eu. 3,224, but maybe education really was free in Ireland, like I always heard. Before I went scattered the Eu 3,224, I’d ring the college and ensure that indeed I was in for shopping spree of a lifetime. The college fund would get a rattle.

I went through the process step by step with the fees lady on the phone and piece by piece my illusion began to shatter, the sum of 3224 was indeed due and more!, We were not eligible for ‘Real Irish Status’, I mentioned Rory Quinn and the lovely gesture on Patricks Day and she told me that he did not enable returning emigrants to be classed as Irish, he created a third tier on the fee cake and enabled us to return and be classed as EU citizens, a sort of diluted Irish. The gesture was, to save us from paying International fees which for medicine for example, would be Eu 52,000 per year!

Faced now with a double whammy, the fees would be double, the shopping spree was off, forever and a triple whammy if you consider that I couldn’t tell my daughter this, or I would lose, ‘you are of course, Irish’, argument.

How could I tell her that in the eyes of the government and the university she is not regarding as a true blue paddy, that the years abroad, did make a difference, that you can’t just come back and pick up with your mates, you’re marked, you’re time abroad goes against you when you want to return to study as an Irish citizen in your own country. A word to all Irish expats out there with children, your child needs to be in formal education in Ireland for a period of five years in total and live in Ireland for three years before they are eligible for ‘home’ fees in Ireland. Hurry home or get comfortable and stay put, to pay.