It’s a common theme whenever I tell people what I work at.  It always strikes me just how many people in my generation remember their fathers (usually) toiling away in the garden and that we’re only just that one generation removed from the soil.  For some reason I always find that comforting.

So I wasn’t surprised when Declan, a consultant we’re working with in HQ, told me how his father Patrick Finn grew loads of his own food in a house he bought in Walkinstown in Dublin in 1949.  Working as a civil engineer at the time, he also worked hard to transform the back garden in to a veg plot, enjoying the fruits of his labour for around six years.  Sadly, he contracted TB shortly after which cut his veg growing exploits short.

A few days after we first spoke, Declan brought in a real treasure to show us – an old journal belonging to his father in which he catalogued his growing adventures, dated back to 1955.  Though it’s nearly 65 years old, it all looked so familiar.  I can’t comment on Patrick’s growing abilities, but his need to get organised is something I can both admire and empathise with.  In my first years of growing I was so daunted by the extent of things I had to learn, that I put together a spreadsheet with all the veg I wanted to grow down one side, and the months across the top.  I then looked up the growing info for each vegetable in books, trying to make sense of all the differing advice (!) and put it all in to the spreadsheet so I would know when to sow, grow and harvest each of them.  To figure out what I had to do in any given month, all I had to do was scan down the column for that month and I would have a list of growing tasks for all the veg.  That was the theory anyway.  It would take a few years before I would realise how the weather and other factors could play havoc with these best laid plans.

That spreadsheet served me well for the first years of my growing until my experience caught up with my enthusiasm.  The technology may have been different to Patrick’s time, but the idea was the same – trying to condense the complicated and nigh-on unfathomable in to an at-a-glance guide. In college I used to do the same, condensing 12 weeks of lecture notes (usually someone else’s I hasten to add) in to one page of micro-notes.

Anyway, there was a surprise to be had in scanning down through the list of veg that Patrick grew in 1955.  I wasn’t surprised to see that he was growing way more of traditional veg like turnips and cabbage than I do.  But I also came across 3 more hipster veg that I assumed our generation of GIYers were leading the charge on somewhat – kale, kohlrabi and celeriac.  Ok, so kale is common enough but who knew people were growing kohlrabi and celeriac 65 years ago?  We can’t learn from his journal how well everything grew that year, but it does tell us he sowed the celeriac in March, transplanted them in May and spaced them 6 inches apart.  The kohlrabi he was succession sowing every month from March to July.  Let’s hope his organisation skills paid off and he had a good year.

The Basics – Last of the Summer Wine

I did some clearing in the big tunnel last weekend, clearing out the last of the cucumbers and courgette plants.  Both still have plenty of fruit on them, and though it’s not of brilliant quality at this stage, it’s all edible.  The courgettes were a bit odd in the tunnel this year.  They turned in to truly massive plants with huge leaves that produced masses of courgettes that never really grew beyond 10cm or so.  I think it’s because I over-fertilised the soil, adding too much nutrition (a mix of compost, dried seaweed and poultry manure pellets).

I had a great season with cucumbers on the other hand, thanks to a tip from Richard about watering them from above (as they love a wet, humid environment, as opposed to ground watering preferred by tomatoes).  Before clearing the plants I harvested around 20-30 each of cucumbers and courgettes and I am hoping these will store in the fridge for about 3 weeks.  We also harvested the last of the red tomatoes (just a few sungold tomatoes left – always a fantastic late cropper), and some green ones which we will make a green tomato chutney or sour from.  This weekend I am hoping to clear the tomato plants, remove the mypex cover and barrow in some compost on to the beds – that should finish off the tunnel for the winter.

The lemon juice gives a lovely fresh citrus kick.  When you think about it, it’s not so odd to eat brassicas raw.  Sure isn’t that what coleslaw is? Raw brussels sprouts have such terrific flavour and crunch, it’s surprising that we don’t enjoy them raw more often. These quantities serve one to two.

Heat the oven to 180C/350F/gas mark 4. Scatter the hazelnuts on a baking sheet and roast in the oven until fragrant and browned – about nine to 11 minutes. Remove from the oven, wrap in a clean tea towel and leave for a minute. Rub vigorously in the tea towel – this will remove the browned skins.

Cut the prepared brussels sprouts from top to root into very thin slices. Put these into a bowl and toss with the lemon zest and juice, thyme leaves, chilli flakes, and a tablespoon of oil, and season with salt and pepper. Taste and add more olive oil, lemon juice and/or chilli flakes as desired.

Arrange on a plate, scatter the hazelnuts over and around and crumble on the goat’s cheese. Trickle over a little more olive oil and serve immediately. 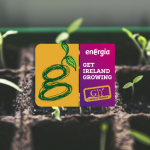