The last days of October are cold and confusing. The Autumnal colours are gone, the trees are bare and the air is damp. The clocks are set back hour making the days short, and the nights long and lonesome. The grass won’t grow again until Spring, and so livestock are taken in from the fields and fed on the fodder that was collected the preceding summer when the winds were warm and the evenings seemed endless.

Around Claregalway the soils are thin-there’s little or no tillage here as it is difficult to grow crops in the shallow dirt. The grassy fields drift westwards toward Lough Corrib and the bogs of the Curragh Line. The bog provides turf for the winter to keep us warm, but nothing can really be sown in the bogs either. Yet in this difficult landscape, in Cloon Claregalway, our mother kept the most wonderful garden which she groomed and planted through the Spring and Summer.

She made the infertile ground bloom all summer long, toiling every day, pulling weeds and planting baskets. How did she make this happen? How did turn the shallow dirt into a floral paradise?

It was simple really – she made the most of what had been given to her. She knew that if she took the peat from the bog and mixed it with the soil around our home, she could make anything grow. With tender care and thoughtful consideration, you could turn the thin soil into a most beautiful garden. She knew that you could take the sparse raw materials that you had and make the most of them. She did this with our garden, she did this with everything in her life. Like our beautiful garden, our mother nursed her children with tenderness. She took the sparse raw materials that her life had given her, and with my father, together under my mother’s guidance, they made us bloom.

All the more remarkable is that my mother had done this for not just one family; when she was just a young girl herself, her own mother was taken away from her. At 18 years of age my mother’s heart was broken by the cancer that her own mother had battled for 3 years. She was devastated, but rather than becoming bitter or selfish, she put her family first. She assumed the role her mother had left behind, caring for her brothers and father, putting their needs ahead of her own, working selflessly, making the garden bloom in these trying conditions. Her feelings were buried away deep inside her, and she focused on the needs of others. Toward the end of her life, the scars of this act became more evident; having put others first for all of her life, she did not give herself due care and compassion. The trauma of her loss would ripple through into her later years when she finally had time to consider what had happened to her. Needless to say, she again chose to carry this burden herself.

We’re here today to remember a selfless woman, a caring wife and mother, a loving sister, a doting grandmother and a daughter like no other. Empathetic to a flaw, she felt the pain of others knowing only too well what others were going through in times of difficulty and distress.

With our father Tommy they made a family and battled every challenge that life presents. Emigration and adventure, births, deaths and marriages, every year presented a new challenge that they never failed to overcome. Sometimes were times of plenty, and others could be a struggle to make ends meet, but regardless there was always selflessness and love. Both my mother and father gave everything for their children. My mother knew no other way than giving.

We all have regrets in life – it’s inescapable really. When I think of our mother today, I am haunted by her early passing. Having survived an aneurysm, breast cancer and a heart attack in the past decade, nothing pains me more to think of how she died from a simple fall. For the past weeks, my nights are tormented by dreams of catching my mother before she fell to the ground – being there to break her fall and to save her like she saved so many others. I can’t explain to you what that is like, and I don’t know when these dreams will stop. Perhaps soon, as I have come to realise that I will never be able to to go back and break that fall. It was a tragedy of life, a cruel fate. The only thing I can do is look to the future and maybe catch someone else like our mother would catch us, dust us down, and send us on our way again. Not everyone can be the heroine that she was, not everyone has those extraordinary abilities-maybe just one person in your lifetime. There was one in ours at least. 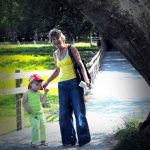 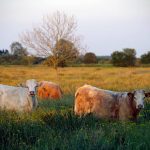