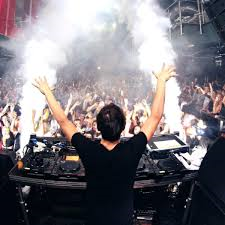 Almost everyone that comes to Qatar has an end goal in mind. They say that they just want to try something different, they say the want to gain valuable diverse experience that will enhance their career, they say that they fancy life in the sun for a while, but the reality is, there is only reason why people come to Qatar, and its, money.

Yes, the lure of that dirty tax-free salary and in return you are willing to offer up the best years of your life, to reside in a desert. That’s the reason people come. The reason people stay is because they’ve developed a sense of entitlement that is unsustainable in Ireland and therefore, pampered themselves to the point of no return.   I’m not afraid to say that I’m afraid of the day when I return. The day when I have to pour a kettle of boiling water over the windscreen of my car then sit in traffic and thereafter, hoping to find a parking spot (which I pay for) to go to work for a salary non-commensurate with my ideal lifestyle. It’s frightening but the day will come.

Everybody has their cut off, some came to pay of their short-term debts, credit card bills, credit union loans, that kind of thing. Others came to save for a deposit for a mortgage, the ambitious want to return mortgage free. Me, I just wanted to get the two bigger of the four kids up and running and started in college.   With one gone since last September and one to go, I could see the light at the end of the tunnel, they had arrived.

Number 1 just returned to Ireland to study in the humanities after a three week winter vacation here in the middle east and as she walked through passport control at Doha airport I looked on at casual manner in which she was clutching her jacket, in the same manner perhaps as one would if you were hopping on a bus to a match in the next parish, not in the formal manner I would have deemed appropriate for long haul travel, via Heathrow. It bothered me after she left and I pondered, now that she’s 19 and living away is she an adult or still a child?

By sheer stroke of coincidence, I stumbled across an article only a few days later, that revealed to me a shocking discovery.   People are no longer regarded as adults at 18. There is now a new stage of life in existence and it’s called, the Emerging Adult. This stage is from 18-25 and the definition is a life stage characterised by: diverse experiences, lack of long- term commitments, unstable romantic relationships and employment.

The news left me rather disgruntled on two notes: One, this scuppered my plans to high-tail it from the middle east any year soon. Seems that while our ‘emerging adults’ are finding themselves and casually cruising through world class airports, we are to pick up the tab. With number 4 only three years old, it means that I’ll be in the middle east until I’m nearly 70!

And number two, how come I was never afforded the luxury of this stage of life and is there a claim form somewhere in the welfare office that I can complete to receive backpay for my loss?.   in 90’s Ireland, emerging years were self-funded. How is it possible that from the year I finished school in 1993 to exactly twenty five years later, 2018 that this new stage of life emerged and I’ve missed the privilege of indulging myself, but ironically am struck with the responsibility for providing it for my kids!

The article went on to read, ‘how to parent emerging adults’. even worse, just when you thought you were finished there’s another 7 years to go! Outrageous that this is not being brought to the attention of young mothers and ‘emerging’ mothers today, it might certainly change the course of their family planning plans!

While my friends are one by one packing their bags and heading back, with their credit cards cleared, deposit saved or mortgage-free ambitions, met. Those of us with ‘emerging adults’ are left kicking the sand!