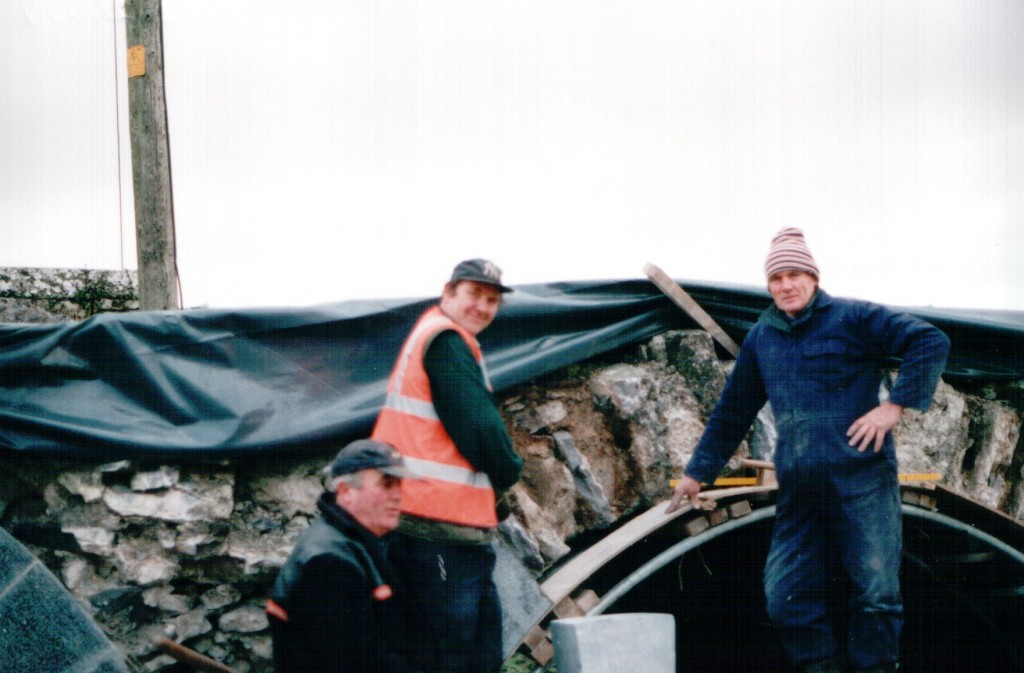 The restoration of the Nine Arches early 18th century bridge at Claregalway was commenced by Claregalway Amenity Group at the beginning of this year. In order to appreciate the nature of the task undertaken, one must think back to c. 1700 when the bridge was being built.

At that time, probably quite a large group of men, including skilled stone masons and stone cutters, would have been working on the job. By hand they would have cut and dressed rock from the local quarry to the shapes they required, giving the facing stones the finest finish with the narrowest joints between them (about ¼ inch). They would have mixed mortar of local sand, water and lump lime (made by burning local limestone in a local kiln). Their work has lasted almost three centuries, with the finely cut stone of the east and back side still to be seen.

Misfortune befell the west and front face c.1950 and left it without its facing stone, but today, as part of the Claregalway Amenity Group project, work is under way to restore it. The work is being done, not by many skilled stone workers, but by a group of FÁS with only one, albeit excellent, stone mason as a trainer.

The best conservation practice follows the principle ‘repair like with like’ as closely as possible. With this in mind at the beginning of the year, the members of the Claregalway Amenity Group went forth in good spirits to find great lumps of stone ready cut and dressed to suit their purpose since the 18th and 19th centuries… But such was not to be found. After much deliberation it was accepted that newly quarried, sawm stone, surface finished similar to the original by a skilled stone cutter, would have to be accepted.

This was obtained and the results are to be seen in the form of 3 newly erected arches at Claregalway. The mortar used consists of lump lime, sand and water as did the original, the lime coming from a kiln in Co. Down where a conservation enthusiast is doing things the old way. The joints are 4mm wide as are those to be seen on the east face of the bridge—a width unheard of in modern-day brick and blockwork.

The FÁS workers and solitary stone mason are rightly proud and deserve continued support until the completion of the project in 1999 when the bridge will be returned to its full splendour. 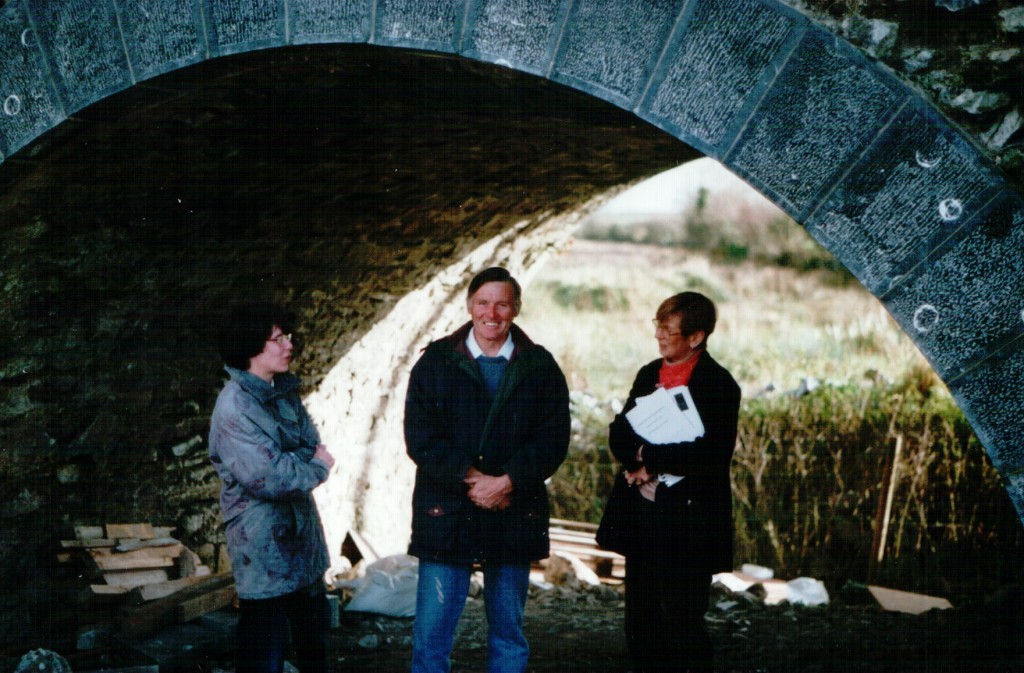 Pictured are FÁS workers Paraic, Josie and stonemason Paddy Quinn beginning to face-off one of the Arches (February 1998).