PREDA Galway were delighted to have raised 1500 euro from the draw organised by Jerry Flannery, Ireland and Munster player, where signed squad jersey were donated by the four provinces and Jerry donated his player issued Ireland jersey he wore in the autumn international against Fiji.

All profits from the raffle co-ordinated by The Western Hotel, Prospect Hill, the home of PREDA Galway, and supported by Galway Community College will be given directly to help the children rescued from adult prisons and the child sex industry.

PREDA Galway would like to thank the team at The Western and all those who supported the draw.

The proceeds of the draw will be given to Fr. Shay Cullen and the team at PREDA by PREDA supporter and well known musician Damien Dempsey and Philip Cribbin, chairperson of PREDA Galway, when they travel to the Philippines at their own expense on the 5th of June to see the impact the support from Galway is having on the lives of the children in the PREDA centre. 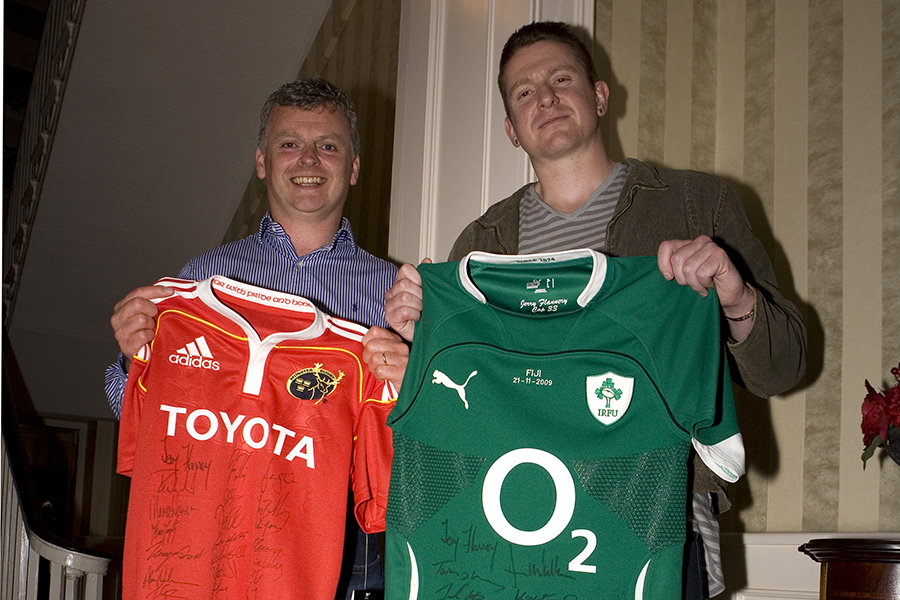