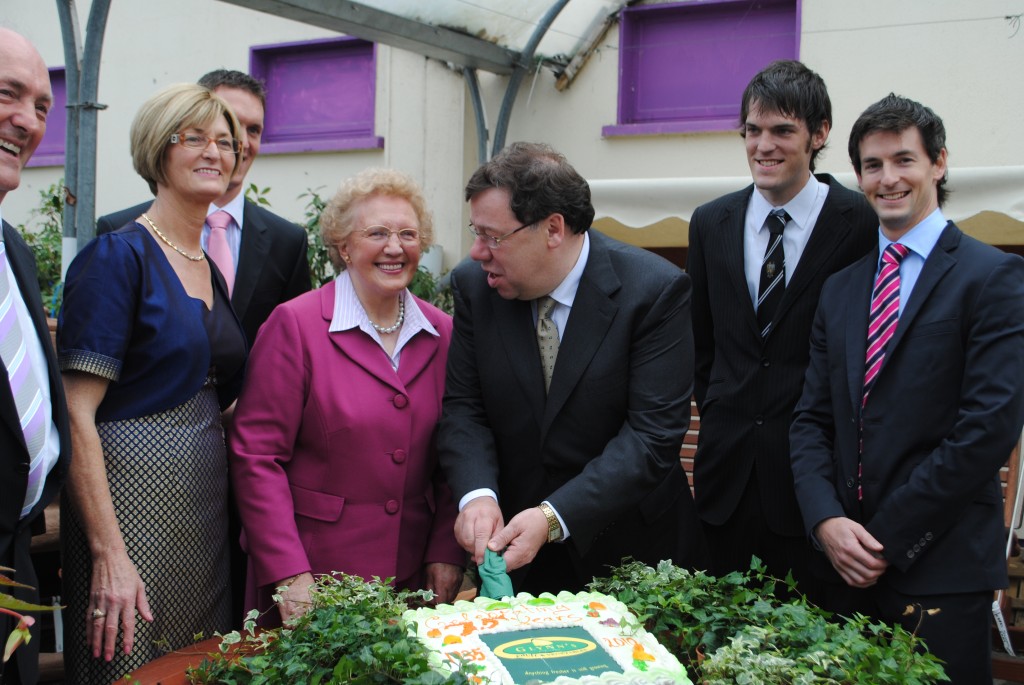 To celebrate this huge achievement, An Taoiseach Brian Cowan was in Lydican earlier today.

To the right you can see an article written in the Connacht Tribune at the time Glynn’s first opened for business in 1935. The text is repeated underneath for easier reading. 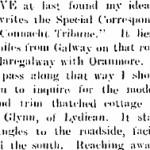 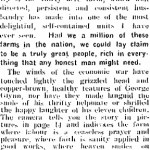 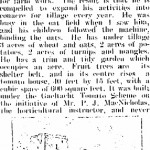 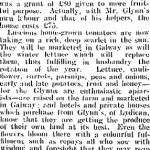 I have at last found my ideal farm, writes the Special Correspondent of The Connacht Tribune. It lies about seven miles from Galway on that road that links Claregalway with Oranmore. If you should pass along that way I should advise you to inquire for the modest but neat and trim thatched cottage of Mr George Glynn, of Lydican. It stands at right angles to the roadside, facing the sun and the south. Reaching away from it over the gentlest of undulating country is the thirty acre farm, which well directed, persistent and consistent husbandry has made into one of the most delightful, self-contained units I have ever seen.

Had we a million of these farms in the nation, we could lay claim to be a truly great people, rich in everything that any honest man might need.

The winds of the economic war have touched lightly the grizzled head and copper-brown, healthy features of George Glynn, nor have they made languid the smile of his thrifty helpmate or shrilled the happy laughter of his eleven children. The camera tells you the story in pictures in page 14 and indicates the farm where labour is a ceaseless prayer and pleasure, where faith is sanity applied in good works, where heaven states on bountiful harvests. One feels that there are hundreds of years of stalwart tradition from behind the Glynns.

Let me tell you in detail something that the pictures only tell those who have eyes to see. Mr George Glynn’s farm is confined to 30 acres, not all of it arable. He has 80 head of sheep, 20 head of cattle, accounting milch cows, and two horses for farm work. The result is that he is compelled to expand his activities into conacre for tillage every year. He was busy in the oat field when I saw him, and his children followed the machine, binding the oats.

He has under tillage 3 acres of wheat and oats, 2 acres of potatoes, 2 acres of turnips and mangles. He has a trim and tidy garden which occupies an acre. Fruit trees are its shelter belt, and in its centre rises a tomato house, 40 feet by 15 feet. It was built under the Gaeltacht Tomato Scheme on the initiative of Mr PJ MacNicholas, the horticultural instructor, and never was a grand of £80 given to more fruitful purpose. Actually, with Mr Glynn’s own labour and that of his helpers, the house costs £75.

Luscious home-grown tomatoes are now taking on a rich, deep scarlet in the sun. They will be marketed in Galway as will the winter lettuce which will replace them, thus fulfilling in husbandry the retention of the year. Lettuce, cauliflower, carrots, parsnips, peas and onions, early and late potatoes, fruit and honey—for the Glynns are enthusiastic apiarists—are raised on the farm and marketed in Galway; and hotels and private houses which purchase from Glynn’s of Lydican, know that they are getting the produce of their own land at its best. Even the flowers bloom there with a colourful fulfilment such as repays all who sow with wisdom and foresight that they may reap in abundance.

No lecture hall, no demonstration plot could yield the lesson that a visit to Lydican implies. Even the trim hedges, crowned with harps and wolf dogs and round towers, tell of infinite patience in industry and of traditions that have maintained in enduring virility of a great race. Now Mr Glynn is going to build himself a new house, for the old thatched cottage stands nearby a pit where the manure that enriches and renews the sole is fermented.

Yet I hope the old house, with its steep of russet thatch, will be preserved, for assuredly it supplied the dynamic force that made this farm what it is.

Well might one, leaving this pleasant and fruitful place, recall that “Far back in the ages the plough with wreaths was crowned; the hands of kings and sages entwined the chaplet round.” 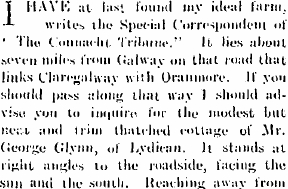 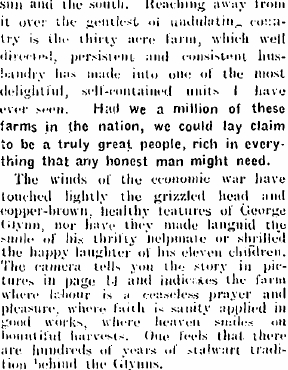 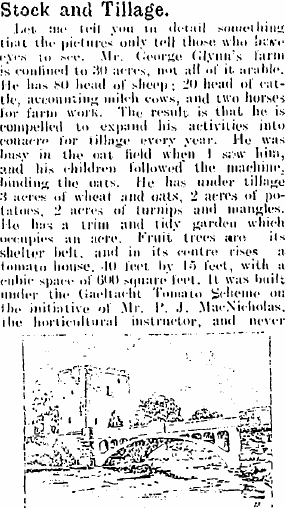 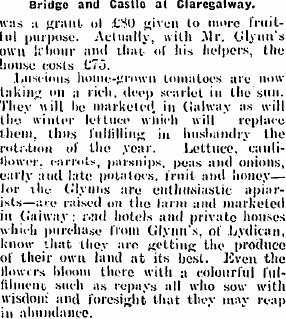