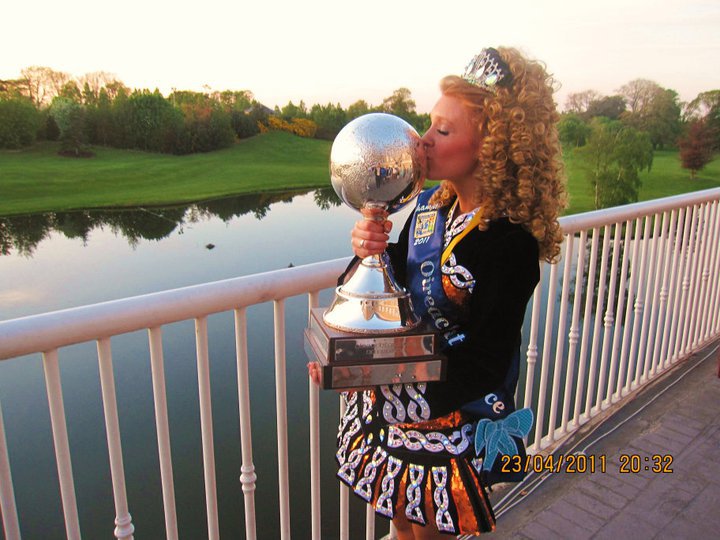 Irish dancing has undergone a transformational makeover during the last twenty years. Traditional dress, natural hair and pale faces appear less often at competitions. Irish dancers, who are serious about their sport are now training like professional athletes, with most of them at the peak of physical fitness and passionate about becoming the best in the world.

To be the world’s greatest is an achievement that most people dream about. Few realise their dream and prove that they are the best in show. Claregalway girl, Claire Greaney is one such lady. A pupil of the Hession school in Galway, Claire, aged 20, has proven four times in succession that she is the World’s best Irish dancer.

Since taking over the reigns of the Hession school, Gemma Carney, daughter of Celine and herself a former world champion, has continued to bring many championship titles to Galway. This winning duo offer a unique insight into the world of competitive Irish dancing.

An Coimisiún le Rincí Gaelacha (CLRG) was established by Conradh na Gaelige in 1927 and has since overseen the organising of Irish dancing competitions. The establishment of Oireachtas Rince na Cruinne—the World Irish Dancing Championships—in 1970 was the single most important development in Irish Dancing since the founding of CLRG. Now a global industry, countless teachers, adjudicators and participants are engaged in Irish dancing competitions around the world with international events such as the World Championships generating approximately €10,000,000 (£8,000,000) to the local economy of host cities.

Claire Greaney, a 3rd year heritage student at GMIT, has been crowned World champion four times in the last four years—a title which continues to be seen as the most prestigious title to win. She has an unrivaled talent and dancing prowess which is envied throughout Irish dancing circles. In her most successful year to date, the champion of champions danced her way through 2010 unbeaten in 6 grand slam competitions.

Daughter of Martin Joe and Mary Greaney from Claregalway, Claire began life at the Hession school at the age of four. She credits Celine Hession with giving her the grounding that has made her one of the World’s greatest Irish dancers.

However, titles and glory did not come easy to the Claregalway girl. Hours of practice, numerous blisters and unrelenting guidance from her teachers have paved the road of success for Claire. Claire admits that she was a late bloomer, hitting her dancing stride at the age of 16 after many days and nights training at Hession headquarters in Upper Salthill.

“I’m glad I wasn’t so good when I first started. To be winning titles at a young age puts a lot of pressure on younger dancers. Being a mature dancer allows me to set goals for myself and decide how I can achieve them”, Claire says.

Claire, and some of her main competitors, are set to appear in a BBC documentary which will be broadcast in February.

“The standard of Irish dancers competing in the World championships, in my opinion, is higher than ever. Competitive dancers are 100% dedicated to their sport. To defend my titles, I have to ensure that both my preparation and my performances are the best they can possibly be. And even then, it is an adjudicator’s decision whether they like my style of dancing or not”, Claire says.

Claire’s teacher, Gemma Carney has been with Claire on her journey to four consecutive World titles.

Gemma says, “Claire’s strength of mind and her dogged determination to succeed have meant, that despite intense competition, she is able to rise above the rest.”

Claire herself believes that her dancing experiences allow her to cope with setbacks.

“Irish dancing has dealt me a fair share of blows, but it has also made me the person I am today. It has given me the confidence to suffer disappointments and to believe in my own ability to succeed the next time. I am able to deal with mental and physical pressures and I still get nervous at competitions, but I become a different person when the music starts,” she says.

Significant physical commitment is required to compete at this level. But financial resources are also necessary to keep your place in these circles.

Rules established by CLRG standardise specific dances for competitions. In recent times, they have introduced new rules which curtail the use of tan and make-up on young competitors.

Nearly all championship competitors wear custom made dresses. Such items can cost anything between €700 and €1500. The costs of shoes, wigs and travel suggest that a competitor of this standard must be serious about their participation in the sport. It must also be noted that the resale value of these items is proportionate to the length of time a dancer wears them.

Gemma, also an Irish dancing adjudicator says, “It is unfortunate that Irish dancing has been heavily influenced by how dancers are presented. It is my view that a dancer’s appearance should not matter—they should be judged on their dancing skills only.”

To compete at this level requires self-discipline, determination and motivation. Such transferable skills will be called upon throughout life and are not limited to physical learning.

Gemma says, “I often find that children who are used to performing and dancing onstage are less apprehensive about things like public speaking.”

Claire acknowledges that she is somewhat of a wallflower until she puts her shoes on.

“Before I started dancing I was very shy. But by competing at feiseanna and meeting lots of new people, I became more confident about who I was. I’m still shy at times, but I am less so with the more I achieve in Irish dancing.”

The dancing talent of Galway’s young performers was recognised when Claire and her Hession classmates, Fergal Keaney and Colum Connolly, received a civic reception in 2007.

“To be acknowledged by Galway city was a huge honour. I felt very special to know that Galway was proud of our achievements.”, Claire says.

As Claire and Gemma embark on the 2011 competition year, training continues with a fifth world title for Claire in their sights.

Claire says, “I’m looking forward to defending my title at the World Championships at Easter. This will be a significant milestone for me but I will prepare with the same intensity and drive that I have done every other year. With the support of my teachers, I feel I will have every chance of making it five in a row!” 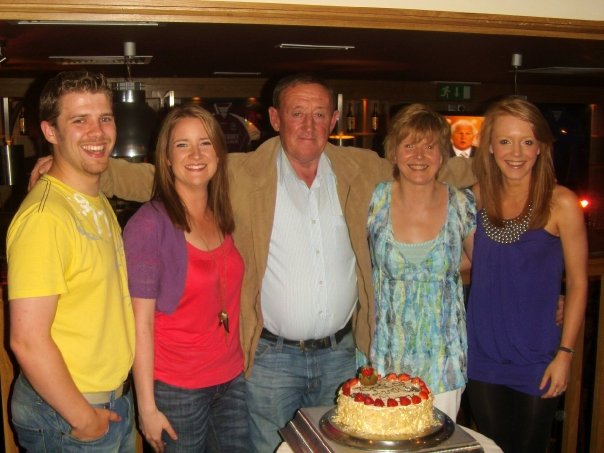 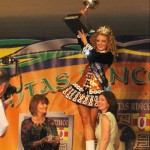 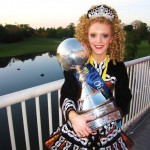 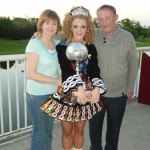 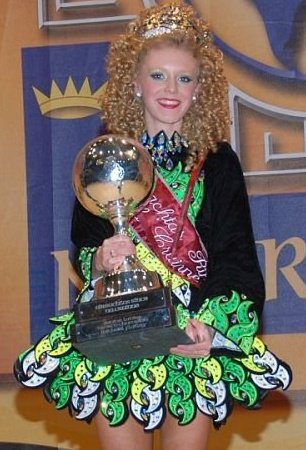 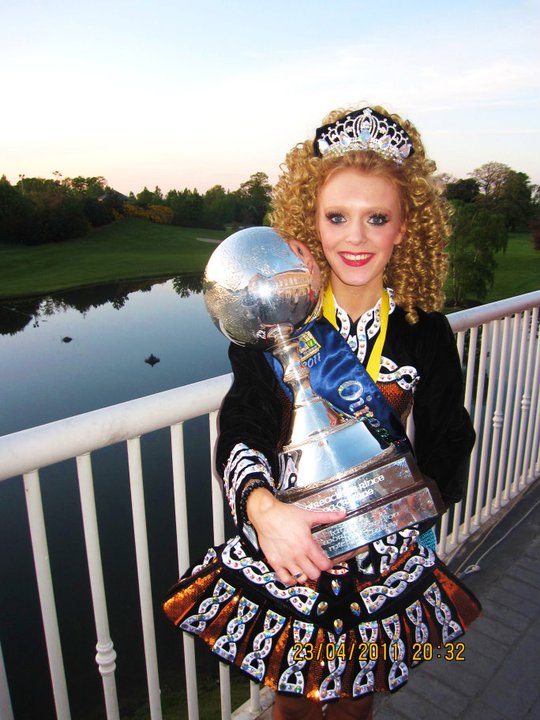 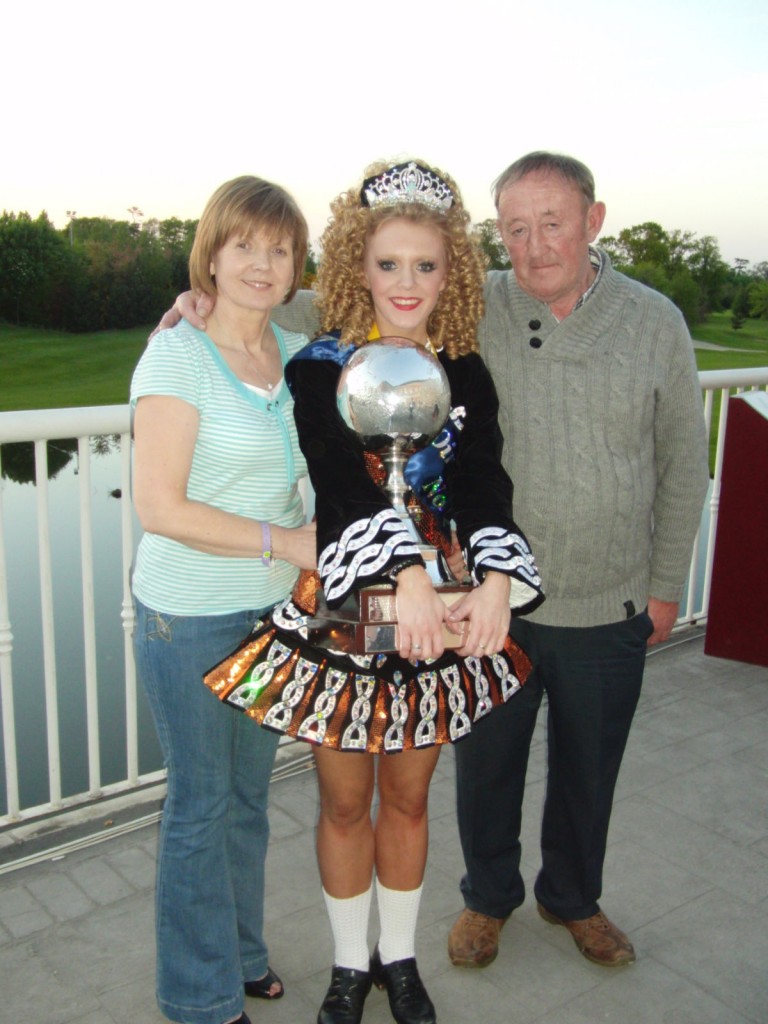