The Community Games U12 Chess county final was held recently in Ballinasloe. Claregalway/Lackagh made history by winning this competition for the first time. Chess has been developing strongly in the local community since Miriam Mc Cann started the chess club seven years ago.

The Claregalway/Lackagh team have played in the community games chess competition many times but the County title has been held by Ballinasloe for the past number of years.

Claregalway/ Lackagh finally made the breakthrough this year due to tremendous work of it’s team under the guidance of Chess Coach Brendan Buckley. The team has made history being the first time that Claregalway/Lackagh U12 has ever won the County Community Games chess title.

There was great excitement when the team were presented with their medals and shield in Ballinasloe. This was followed by a victory tour of the area to mark the occasion. They went on to represent Galway at the Community Games Connacht Final on April 9th in Roscommon. We wish them well. 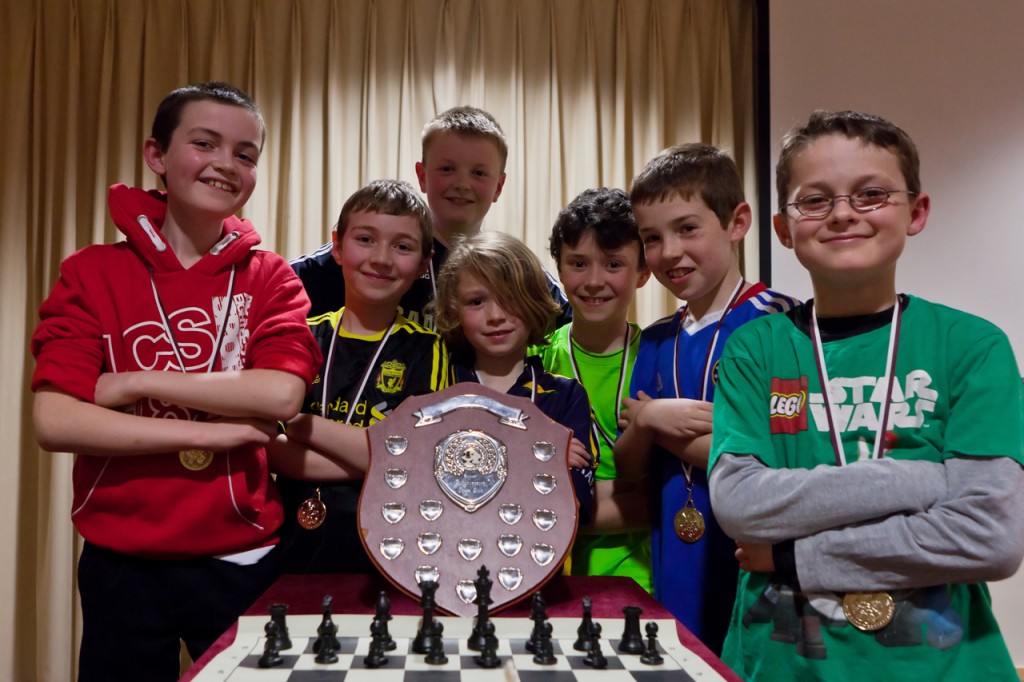