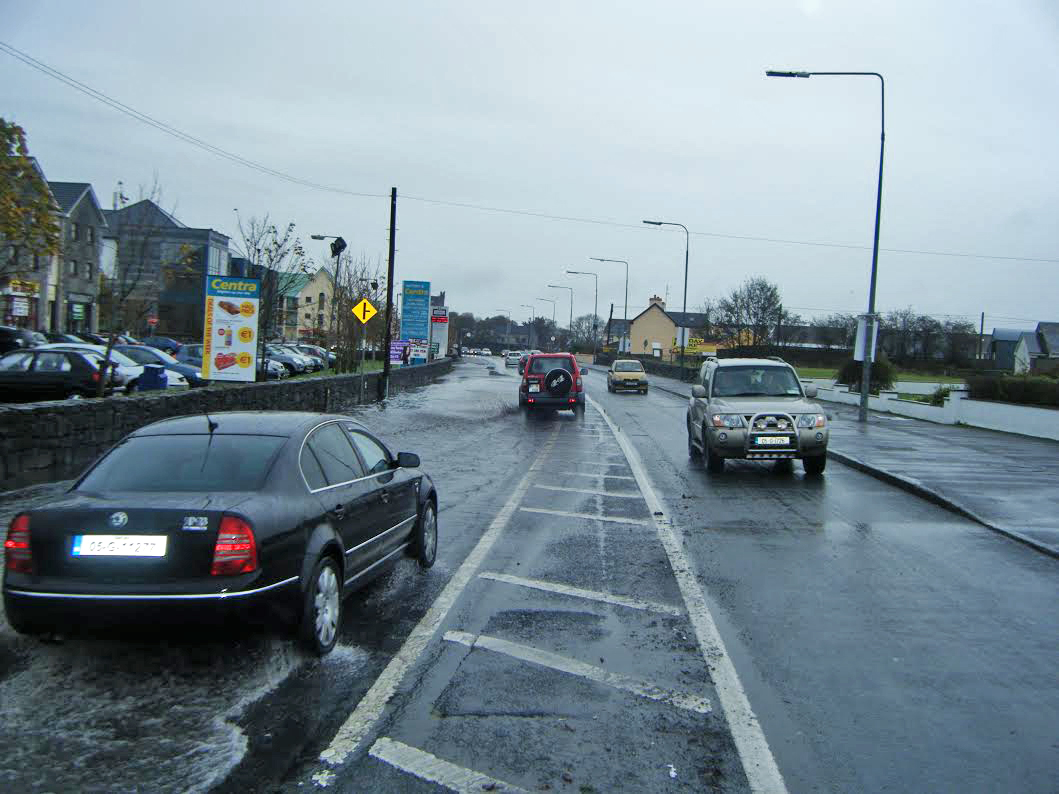 Commuters and pedestrians in Claregalway are being put at risk because of Galway County Council’s failure to address drainage issues in the town, a local shopkeeper has warned.

John Raftery, who runs the Centra in the village, says a blocked drain is causing the problem, creating a very dangerous situation. On Friday, the flooding stretched almost halfway across the road, meaning vehicles travelling from Galway had to drive in the middle of the road to avoid the deep water.

“If people coming from the Tuam direction weren’t alert, they were going to meet cars driving at them in the middle of the road which is pretty dangerous. The other side is that, when people are coming from Galway, particularly trucks and large vans, are ploughing into this flood and sending water flying over the wall into our car park,” he said.

Claregalway had major flooding issues in 2009 when the River Clare burst its banks. The installation of an additional channel under the bridge to allow the water to flow more freely seems to have solved the problem but Mr. Raftery insists that “it doesn’s take a lot of heavy rain” for the drain on the N17 to overflow. 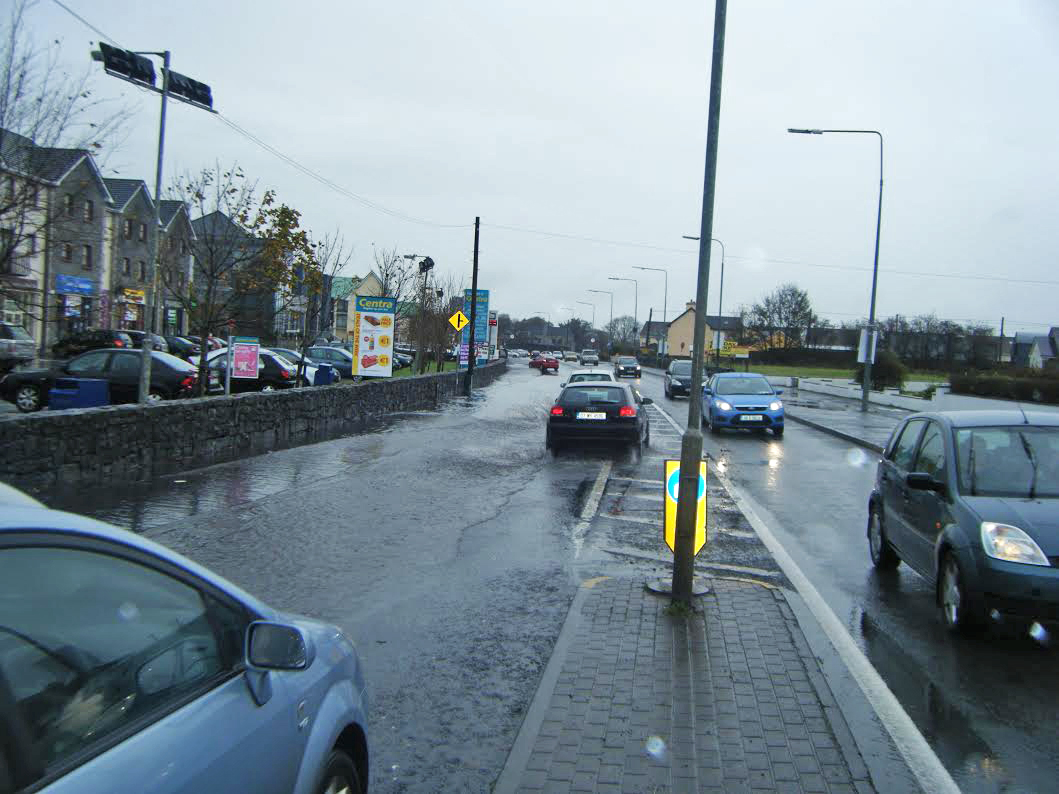 “The gully (drain) doesn’t seem to be able to do anything. I know the Council apparently have been out a few times to look at it, but that’s all they are doing… We are paying rates, we are doing all these other things, and we can’t get this sorted,” he said.

Mr. Raftery said drains inside the wall of the car park do not flood and while he is aware that flooding from the drain has never caused the road to be blocked, he feels that “nothing is being done” to fix the drain, meaning the danger is still there for the public.

“I saw it myself on Sunday evening, where a car was pulling out of the car park heading for Galway, thought there was nothing coming and then all of a sudden a car basically appeared from behind the flood. It’s dangerous for pedestrians… this is an ongoing problem that is going back for at least two years and no one has done anything about it,” he said.

A spokesperson from Galway County Council confirmed that they are looking to resolve the flooding issues on the N17 in Claregalway village. 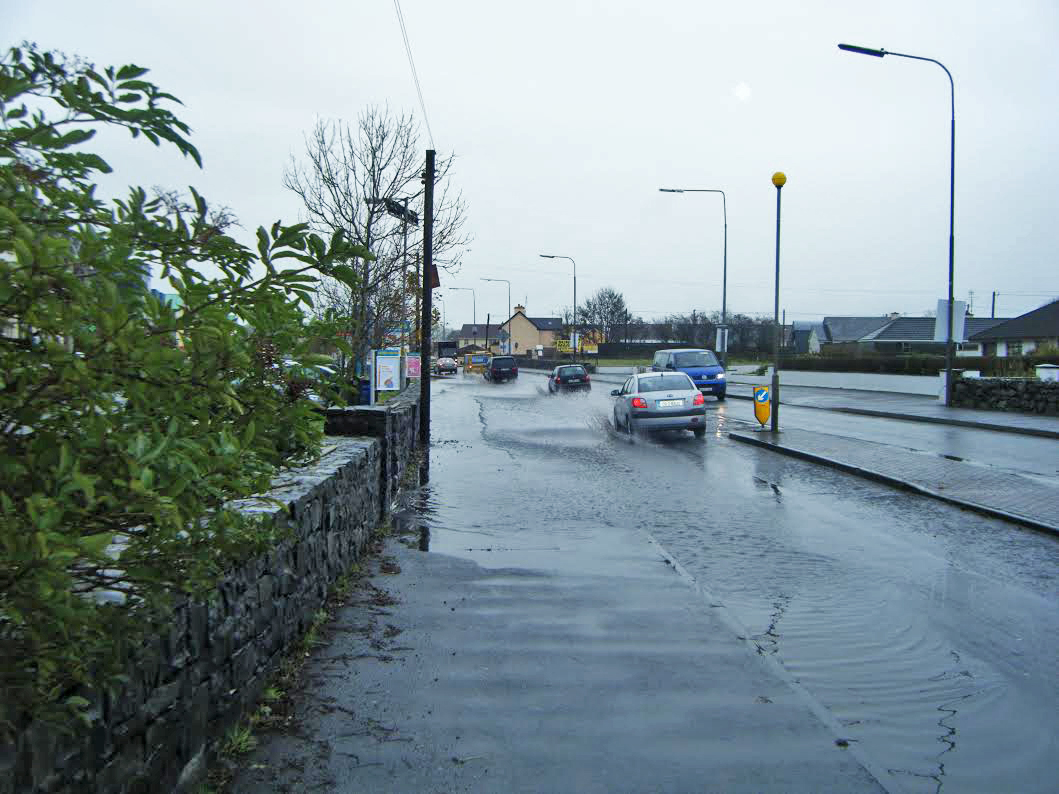 “Currently the surface water is discharged to the River Clare via an old piped network. We are looking to confirm if repairs are required on the existing pipe work or if a new pipeline is required. Investigations into the adequacy of the old network are continuing,” he said.

The photos in this article were taken by John Raftery of Raftery’s Centra Claregalway on the 23rd of October 2011. For images from the floods of 2009, see here.