Plans to pay homage to carpentry, a trade that dates to biblical times, in County Galway, are being progressed.

The Claregalway Historical & Cultural Society is inviting competitive tenders to renovate a derelict cottage and shed at Rooaunmore, Claregalway.

The society is planning to build a Carpenters Museum that would house around thirty or forty old style carpentry tools and implements that is in its possession.

It is also planning an interpretative centre that would house historic farming implements and machinery that would be of “agricultural or cultural significance”.

The society already has full planning permission to demolish the existing building at Rooaunmore, and to build a one-story building that would have three rooms: an office and toilet, a carpenters’ museum, and an interpretative centre.

Brendan Noonan of the Claregalway Historical & Cultural Society said that the Carpenters’ Museum would be situated on the same site and adjacent to the Old Forge in Claregalway.

That project involved the restoration in 2007 of local Michael Smith’s blacksmiths forge in the village.

“The blacksmiths is an example of a trade that is now defunct. Carpentry, of course, is still with us but it is an old trade and we have a lot of implements, maybe 30 or 40 carpentry tools and implements, that will be displayed in the museum and it will complement the Old Forge blacksmiths’, said Mr Noonan. The site was donated by the Smith family, he said. 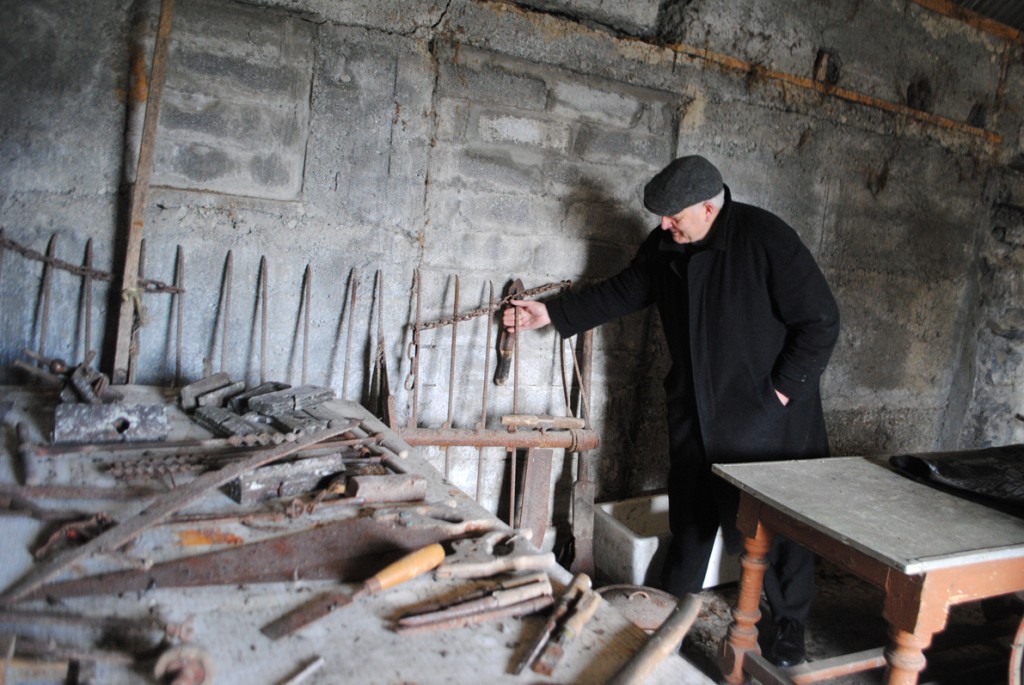 Pictured is Seamus O’Connell in the current derelict shed, which will be demolished and rebuilt into a Carpenters Museum and Interpretive Centre.

The job is currently out for tender.  Once the tenders are received, the society will then complete the process of applying for grant funding for the restoration works.

It is hoped that the carpentry museum will serve and educational purpose, in particular for local schools, and could also be a tourism attraction in the village of Claregalway.

Mr Noonan said that ‘all going well’ in terms of the tenders and funding, it is hoped that work could commence before the end of the year.