The award winning production of The Way You Look Tonight by local drama group Compántas Lir will be staged over three nights at An Taibhdhearc.
The play will run in An Taibhdhearc on Thursday April 11th, Friday April 12th and Saturday April 13th and tickets are now on sale and are selling fast because of the many successes the production has had on the amateur drama circuit this Spring.

The Claregalway/ Carnmore group has already won three festivals and were runners up in four others, securing them a solid place in the All-Ireland Confined Drama Finals to be held in Rossmore, West Cork next month.

These three performances will be the final performances by Compántas Lir of The Way You Look Tonight in the west of Ireland before they head to the All-Ireland Finals. The success on the circuit has come as no surprise as the play is very relevant to the country we all now live in. It was first staged in Galway more than a decade ago when Druid produced the play written by the Clare-based playwright Niall Williams.

The Way You Look Tonight is a play about love. Set in a rural post office in West Clare, where the old telephone exchange has just been disconnected, it tells the story of the postmaster Jim and his wife Katherine, who were once amateur ballroom dancers before illness stilled their dancing.

It is a play about the difference between fantasy and reality romance and real love. It is also a play about their three children, now gone about the world, but connected still by dreams and guilt and the invisible lines of love that tie us to our parents.

The Way You Look Tonight explores the breakdown in communication in a family. Katherine, the mother, attempts to reopen the lines of communication with her husband and children while her physical health continues to disimprove. Love, emigration, and the innocence of youth are all themes explored in this beautiful award winning play and it is one that has wowed audiences right across the country this Spring. 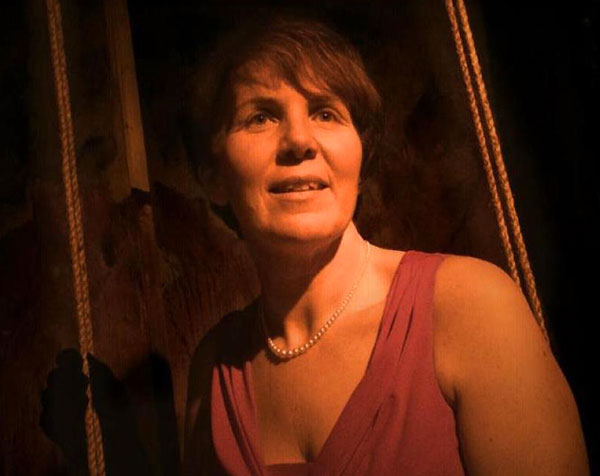 The play stars Mary McCarthy (pictured above) who has swept the boards with her performance as Katherine. The cast also includes Dermot Hession, Vincent Moran, Grainne Ni Alluin and Ruth O’Driscoll. The production is directed by Philip Cribbin.

Compántas Lir productions usually sell out fast, so secure your tickets now for the newly refurbished An Taibhdhearc.
To buy tickets, contact An Taibhdhearc at 091 562 024.