More questions are being asked regarding controversial traffic calming measure at Carraghy, Knockdoe following the death of 23-year old Martin Naugton from Bodane in a crash there in the early hours of Monday morning.

Martin, the elder son in a family of  four children of Tom and Bernie Naughton was the sole occupant of the jeep and he died when his vehicle collided with the traffic island and bollards as he was driving towards Galway at approximately 2am on Monday.

This is the first fatality since the traffic-calming measures were put in place there some months ago but they had previously been heavily criticised by a number of Galway Co Councillors by and some members of the public.

However, the most stringent criticism yet has come from Cllr Peter Roche in the wake of Monday morning’s fatal crash there.

Cllr Roche is critical of the National Roads Authority (NRA) for the way the traffic-calming measures were designed and he wants them changed before anyone else loses their life there.

“It is sad and sickening to say that we told you so and even the dogs in the street know the design is bizarre. It’s like an obstacle course.

“If those who designed it were there for the investigation after Monday morning’s crash they might see the need for change and any funds for changing these measures should come from the NRA who imposed that plan on Galway Co Council,” he added.

Cllr Roche says there is a need for re-design but he says that sadly that will come too late for the Naughton family.

“The Director of Services and his staff at Galway Co Council only implement the plans that come down from the NRA.

“I acknowledge that both the NRA and the Road Safety Authority (RSA), who sometimes feed into those designs, do excellent work with many safety measures but I have to disagree with this one,” he said.

Cllr Roche claims many Co Councillors had serious concerns about the narrowing of the carriageway there.

“For example, if you were towing a trailer transporting a wide load such as a mobile home or a harvester or a turf cutting machine those narrow lanes are very prohibitive,” says Cllr Roche.

“Putting in this sort of staggered traffic calming measure on a national primary route such as this was not good practice in my books and it’s a wrong that needs to be righted,” he added.

Martin Naughton, who lost his life there, was a popular young man and a member of a well-known business family from North Galway.  He worked as a manager in a supermarket in Ballymote, Co, Sligo and had only returned to his job there in January after spending a year working in Australia. Many of the messages of sympathy that flooded into this parents’ home this week came from people who knew and loved Martin during his short sojourn working near Melbourne.

His parents Bernie and Tom, his sisters Karen and Michelle, younger brother Kevin, grandmother Teresa Naughton and the extended family have expressed their thanks t all who have sympathised and have been so supportive of them in their tragic loss.

All who knew Martin have spoken of his good humour and his jolly ways and his mother Bernie said he was totally devoted to his family, his girlfriend Linda Cullinane and their nine-month-old son Cillian.

“Martin was a kind, happy person who was friendly and loved so much by us all and we are devastated by his death,” says his mother.

His remains were removed to University Hospital Galway where a post-mortem was carried out yesterday (Tuesday). Martin’s remains will repose at the family home in Bodane tomorrow evening (Thursday) from 5 to 8 pm and he will be removed to Kinconly Church for 12 noon Mass on Friday.  He will be laid to rest afterwards in Kinconly Cemetery.

A traffic plan will be in operation for those paying their respects at the family home on Thursday evening with a one-way system in operation from Newell’s Forge.

Traffic will enter the village from this end and exit at the T-junction in Cloonaglasha either left to Kinconly or right towards Duddy’s of Kilbannon or back to Tuam via Doogra village. 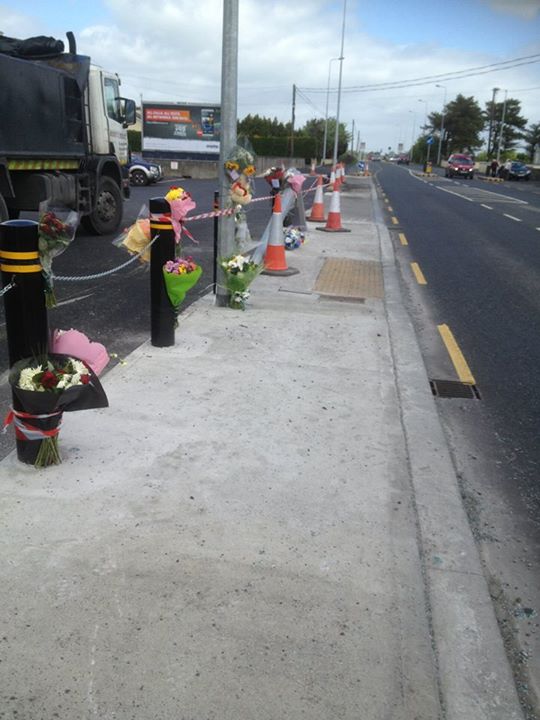