Reposing at Lackagh Mortuary Chapel this (Wednesday) evening from 5pm with Removal at 7.30pm to the Church of Our Lady of Knock, Lackagh. Funeral Mass on Thursday at 12 noon, with Burial in Lackagh New Cemetery.

Family flowers only. Donations, if desired, to Croí. 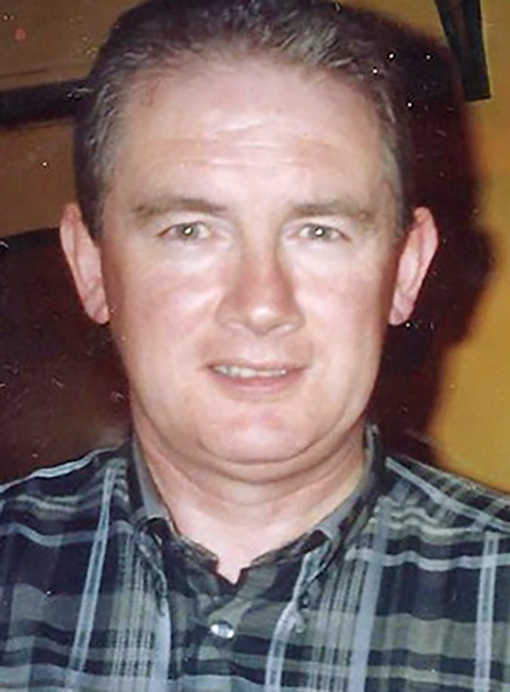 There was shock and profound sadness when the news spread of the untimely and unexpected passing of Denis Hurney, Lisheenavalla. A member of the well-known Hurney family, Cregmore, Denis was brought up by his grandparents, the Forde family in Lisheenavalla and lived in Lisheen for the rest of his life. Denis spent his young life divided between the Hurney and Forde families and could be found helping his late father Pakie in the well-known blacksmith’s forge, beside the bridge in Cregmore, chasing livestock or standing in a gap with his adopted Forde family in Lisheenavalla.

Denis went to work with Galway Co Council at a young age and for several years was in the Motor Taxation Department. Indeed he was often called on to hold a special number for neighbours and friends getting a new car in a particular year, before the system came in where you could book your number in advance. Denis worked in various departments and was much loved by officials, councillors and the general public.

He had a distinguished hurling career and played for many years for Turloughmore from U14 to senior and was proud to be part of the 1985 county championship success which saw Turloughmore take the senior title for the only time since the halcyon days of the 60s. Denis served as an officer of Turloughmore Club, holding the positions of treasurer and secretary on different occasions. He also attended UCG and won a fresher’s hurling medal in UCG in 1975 and a prestigious Fitzgibbon Cup medal in 1977.

He served as presiding officer at Lackagh polling station in every election for several years. He had a word for everyone and was hugely respected. His warm smile and good lively humour made him hugely popular and throughout the entire community and he will be fondly remembered.

Above all Denis was a dedicated and loving family man. While he never forgot his Hurney and Forde families, he devoted his life to his wife Geraldine and sons Damien, Pat and Donnacha. He was proud of his children’s achievements and spoke fondly of them. He was adviser to many within the family circle and his wisdom was always much appreciated.

There was a huge turnout as the remains of Denis Hurney reposed at Lackagh Mortuary Chapel before removal to The Church of Our Lady of Knock, Lackagh. Lackagh Church was again full to capacity for the funeral Mass where Fr. Willie Cummins, P.P., Mervue was joined by Fr. Gussie O’Brien, MSC, Fr. Johnny Dunleavy, SMA, Fr. Joe O’Brien, PP, Abbeyknockmoy, Fr. Ian O’Neill, PP, Claregalway and Fr. John D Flannery.

Members of Turloughmore Club formed a guard of honour and escorted Denis to his final resting place at Lackagh Cemetery.