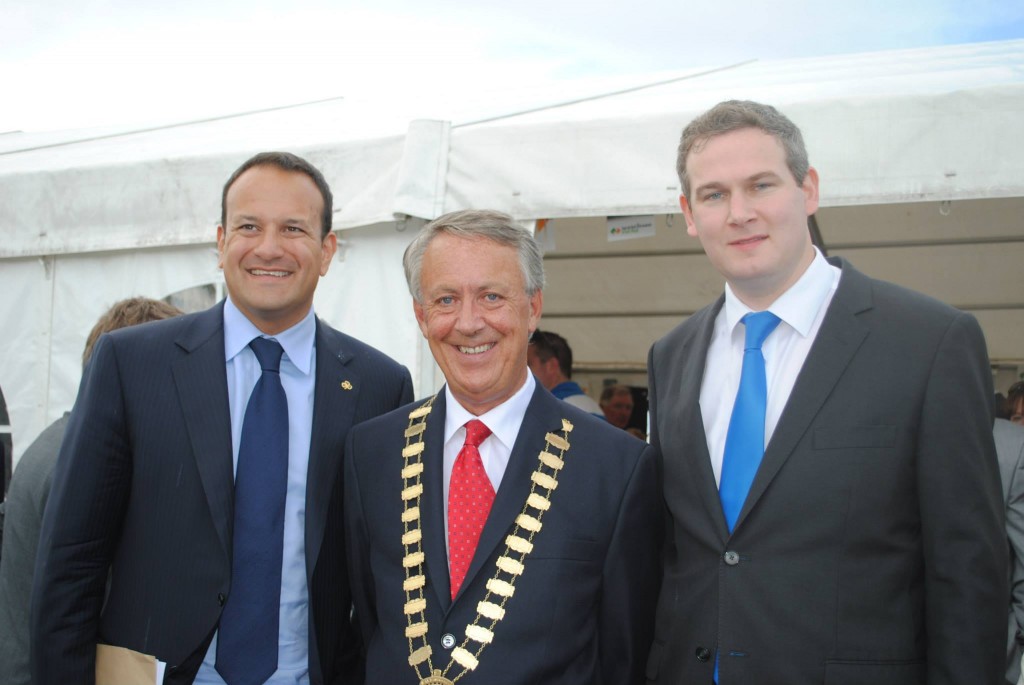 The station, which opens in time for the Galway races will be served by a mixture of Galway/Dublin & Galway/Athenry/Limerick services, with 23 services calling at the station daily (Mon–Fri), 22 on Saturdays and 15 on Sundays. The journey time from Oranmore to Galway is as little as 7 minutes, and customers can travel to Limerick, Dublin and a range of intermediate stations also.

Oranmore Station features a platform and ticket vending machine, with help points for those with mobility and sensory impairments. Bicycle parking and car parking facilities are also provided. The car park is owned and operated by Galway County Council and will provide 140 spaces at the station. The station cost €4.4m to open, which was funded by Iarnród Éireann (€2.9m) and Galway County Council (€1.5m).

Racegoers should note that a shuttle bus service will operate from the station to the racecourse at Ballybrit for the duration of race week. Racegoers may use the bus transfer to Ballybrit and return to Oranmore or take the bus to the city centre after the races and then take the train from Galway Station if they wish.

It is almost 162 years to the day since the first Oranmore Station opened on 1st August 1851 when the Midland Great Western Railway opened the Mullingar to Galway line a distance of 76 miles—the longest section of railway ever to open in any day in Ireland. At that time the station at Oranmore was used predominantly for the transport of cattle to Dublin and onward to the major cities in the UK. The station closed to services on 17th June 1963. The construction of the station has been funded by The National Transport Authority, who have also approved the timetable changes. 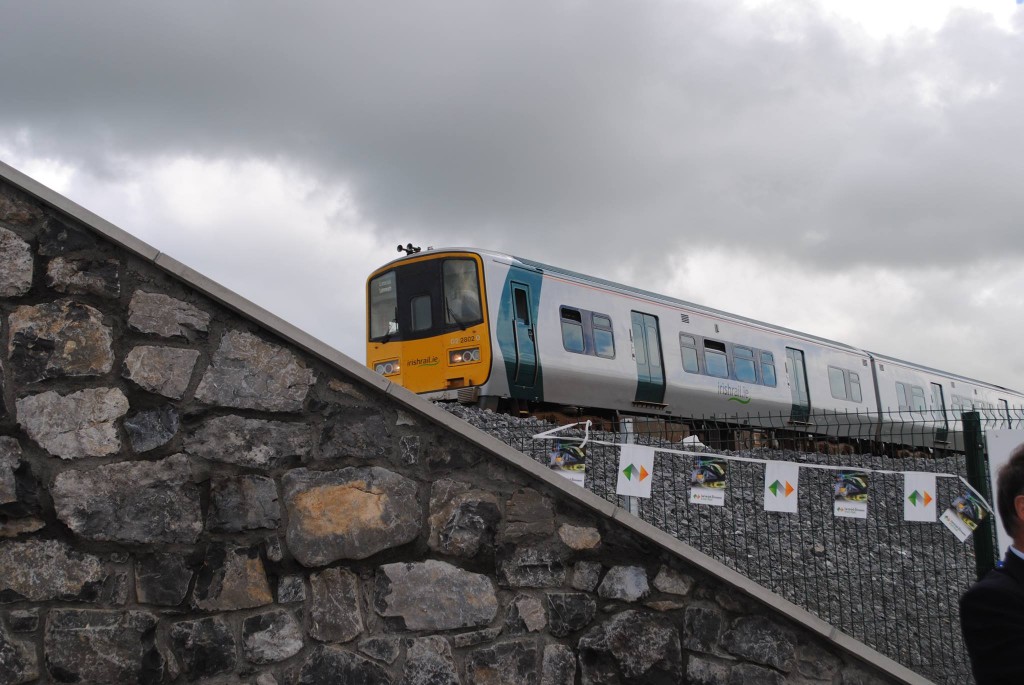 Speaking at the opening Minister for Transport, Tourism & Sport, Leo Varadkar TD said “I’m delighted to be here to officially open the new Oranmore train station, 162 years after a train station was first opened. Oranmore is the second train station I have opened in the last month and the 144th station on the Iarnród Éireann network. It will be  a huge benefit to commuters on the Galway line, who can reach the city centre in just 7–10 minutes. Fifty years ago last month regular scheduled passenger services ceased calling at Oranmore. Now the train calls at Oranmore once again.”

Jim Meade, Director of Train Operations, said: “Oranmore is a busy town with a thriving vibrant community and it is my wish that as many people as possible utilise our services. Anyone who has travelled by road into Galway from here is familiar with the gridlock that can occur between here and the city centre, so with a journey time of between 7 and 10 minutes, the train will be a very favourable commuting option” he said.

There will also be some time changes to the Galway/Dublin and Galway/Limerick timetables from Sunday 28th July, to accommodate the new station and to improve punctuality further on the route.  Customers are advised to check all departure times before travel, and Iarnród Éireann would particularly draw customers attention to: 11:30am, 13:30pm and 15:30pm Galway to Heuston services, which will be advanced to 11:05am, 13:05pm and 15:05pm respectively.

Full details on the schedule are available at www.irishrail.ie.

For more photos from the official opening, see this album on facebook.