Galway’s Tiny Dancer Lily-Mae Morrison will fly to the US to participate in a clinical trial next month, following news that she is now in remission.

Judith Sibley and Leighton Morrison received the “best possible news” about the five-year old’s condition last week, with confirmation that her scans for neuroblastoma were clear following a 16 month battle with the condition.

Speaking to the Galway Independent this week, Judith said that the family had been suffering from “scanxiety” ahead of the recent tests but had remained hopeful, as the alternative would have been “inconceivably bad”. She said that they are “thrilled” with the news and are now feeling positive about Lily-Mae’s future but acknowledged that “we still have a long road ahead of us”.

As the chanced of relapse are high, Lily-Mae will now enrol in a clinical trial in Michigan and the family will travel to the US on 10th of November to begin the process.

“We are very excited about the DSMO trial in Michigan because currently the success rate is extremely good on it,” explained Judith.

“We will fly every three months for the next two years where Lily-Mae will get a full, nuclear body scan to keep a very good, close eye on things and we’ll also collect drugs called DSMO, which basically create a protein that stops tumours growing. It has no side effects, it’s just a tablet she takes morning and evening.” 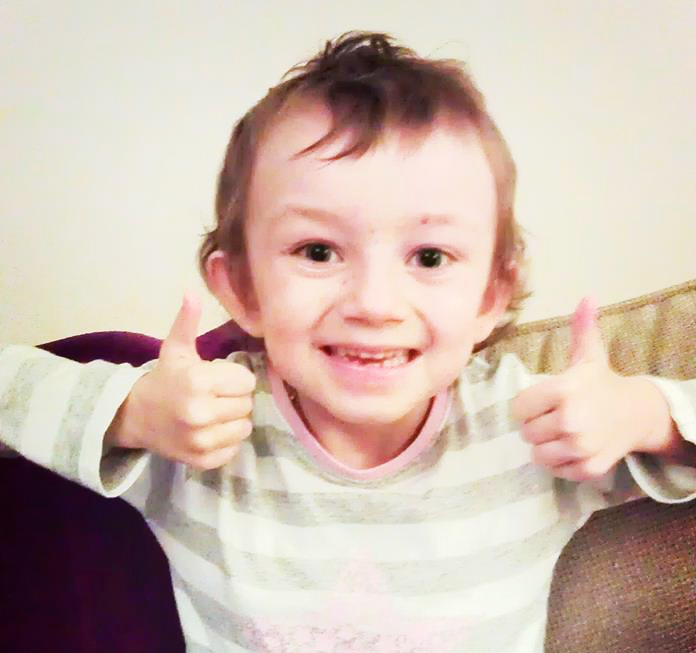 Judith also revealed that, despite undergoing nine different types of chemotherapy, Lily-Mae has avoided any lasting side effects and has “really come through with flying colours”.

The story of Claregalway girl Lily-Mae’s battle with neuroblastoma has captured the hearts of the nation since the release of the Tiny Dancer charity single last year and while Judith said that being in the public eye has been “quite strange”, she added that the family are “very proud” of the work they have done in raising the profile of the condition in Ireland.

“I think, because of the media support, neuroblastoma is now a word that everybody knows and I think that’s a very good thing because we always look at it as awareness equals funding, funding equals research and hopefully, that will one day bring a cure.”

She also paid tribute to local charity Hand in Hand which offers services such as cleaning, babysitting and meal preparation to families battling childhood cancer, for their ongoing support during Lily-Mae’s illness, as well as the team at University Hospital Galway for their life-saving diagnosis of her condition.

Judith adds that the remission diagnosis has offered “normality” to the family, with both she and Leighton returning to work and Lily-Mae now back at school, as well as undertaking ballet and gymnastics classes.

She added Lily-Mae’s “bravery, courage and sweetnesss” during her ordeal has offered hope to many suffering from similar illnesses across the country.