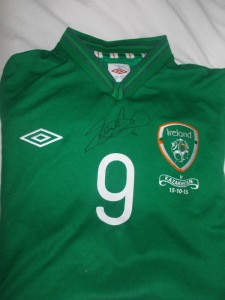 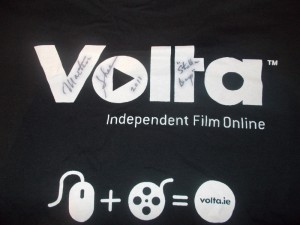 PREDA is a children’s charity which works to free and rehabilitate child trapped in adult prisons and child prostitution in the Philippines. The recent typhoon has devastated thousands of families and with media focus switching elsewhere it is important not to forget that the relief effort must continue. PREDA founder and multiple Nobel Peace Prize nominee, Fr. Shay Cullen and his team, are currently helping evacuees in the affected areas. They are working with children orphaned as a result of the typhoon and are working with The Philippine Misereor Partnership to develop and implement a long term help in the disaster area where small farmers have been wiped out. They have lost everything.

PREDA supporters, two of Tipperary’s finest, Irish soccer international, Shane Long and Hollywood legend Martin Sheen have the suffering of those being helped by the PREDA team very close to their hearts. In order to raise awareness and funds for those affected Shane has donated his signed player issue Irish jersey which he wore in the game against Kazakhstan on the 15th of October 2013. Martin has donated a number of items to PREDA Galway to be sold including a signed Galway Film Fleadh tee shirt from 2011 which he signed when promoting his Tipperary based film, Stella Days. Both items will be listed on eBay and the sale will close midnight on Sunday the 15th of December.

The items will be express posted or collection can be arranged in Galway.

For more information on the work of PREDA checkout www.preda.org or email [email protected] for further information.