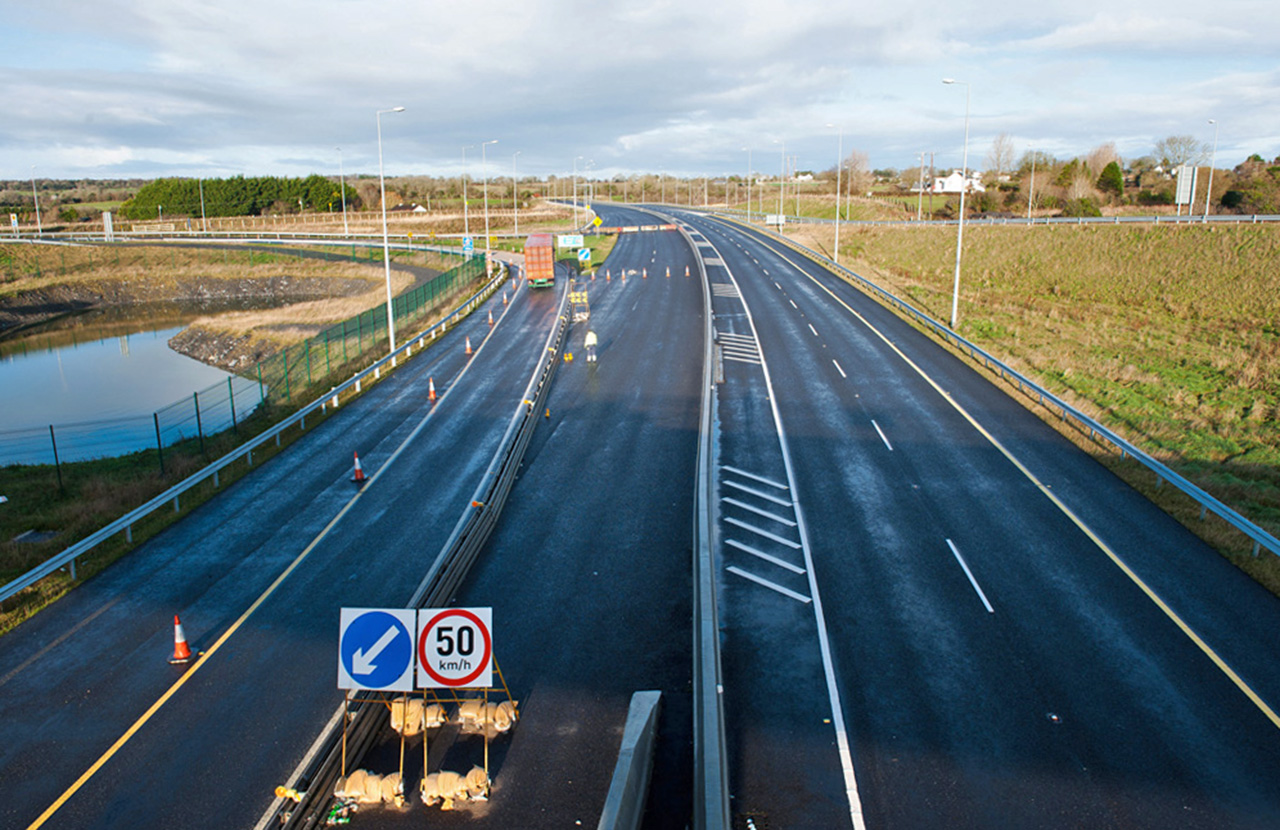 Over 1,000 direct jobs and many others in allied services are expected to be created, many of them local and others for returning emigrants, when the contract is signed tomorrow (Thursday) for the new 57-kilometre M17–18 Gort–Tuam motorway.

While “minor logistical issues” have resulted in some delays in the signing, according to source close to the National Roads Authority (NRA) and the Department of Transport, these issues have been ironed out and the inking of the contract will be in the NRA HQ in Dublin.

“The end of a long journey but the beginning of a new one,” is how Galway East Junior Minister Ciaran Cannon has described the news that the contract is close to being signed.

“At a conservative estimate there will be well over 1,000 jobs there for the next three years. Construction will begin shortly and will continue until 2017 and as there will be only one major road construction project getting underway in Ireland this year I’m delighted that it will be happening in Galway.”

He added that as Direct Route, the contracting consortium for the new motorway, includes three Irish companies, Roadbridge, John Sisk, and Lagan Construction, he expects many of the jobs will go to Irish workers. Some emigrants will be returning from other countries, some as far away as Australia and Canada, to work on the project.

A number of international companies including KBR, Starbag and Bank of Scotland have also been mentioned as possible partners.

Minister Cannon says the signing of the €550 million contract will be “following protracted negotiations” between the entities who will deliver the motorway in partnership with the state.

“Minister Varadkar has confirmed to me that the negotiations are complete, except for some final minor details and that the contract is expected to be signed within days, thus signalling the beginning of this vital project.

“Last year our government made a commitment of €20 million to this project. That was the state’s commitment to this public private partnership and it was this commitment of funds which allowed the NRA to commence engaging with contractors and financial institutions. Thankfully this engagement has been successful,” says Minister Cannon. While the contract will not be signed today (Wednesday) as had been rumoured, it is understood that the “logistical issues” that are delaying it are unlikely to thwart the deal being sealed at this advanced stage in the negotiations.

Minister Varadkar has also confirmed that there will be no tolls on the route. It is expected that the motorway will take until 2017 to complete.

“At that point Co Galway, with a combination of connectivity provided by the M6 and the M!7/18, will become an even more attractive location for investment and job creation,” says Minister Cannon.

At this week’s meeting of Galway Co Council several members welcomed the news that the signing of the contract may be imminent.

But Major Liam Carroll, who told The Tuam Herald at the start of the month that he expected the signing within six weeks, said at Monday’s meeting that the rumour of today (Wednesday) as a date for the signing might be premature.

Cllr Sean Canney said he was on his favourite hobby horse again as he wanted it written into the contract that the Tuam bypass would start at the same time.

He was also critical that no progress had been made regarding alleviating the traffic in Claregalway by providing a relief road there.

Cllr Jim Cuddy said a five-kilometre relief road would solve the traffic chaos in Claregalway but after spending €173,000 on consultants’ surveys and reports to date “the plug has now been pulled” on the rest of the €750,000 allocated for Claregalway several years ago.

This is the first year that no money is being spent on the proposed bypass which now seems to be shelved. He claimed that the Minister’s suggestion that the relief road would cost €21 million was unrealistic as construction costs have reduced substantially in recent years.

Cllr Cuddy concluded that while he welcomed the news that the new Tuam-Gort motorway contract was close to being signed and it would help Claregalway in some way, it would not alleviate long delays still being a regular occurrence in the village and only a bypass could do so.

A general view of where the northbound M18 ends outside Gort. Photo by John Kelly via www.clarechampion.ie