A Walk & Talk event takes place again this year in Claregalway to not only highlight the battle against depression but to also fundraise for Jigsaw, a free counselling service for teenagers. 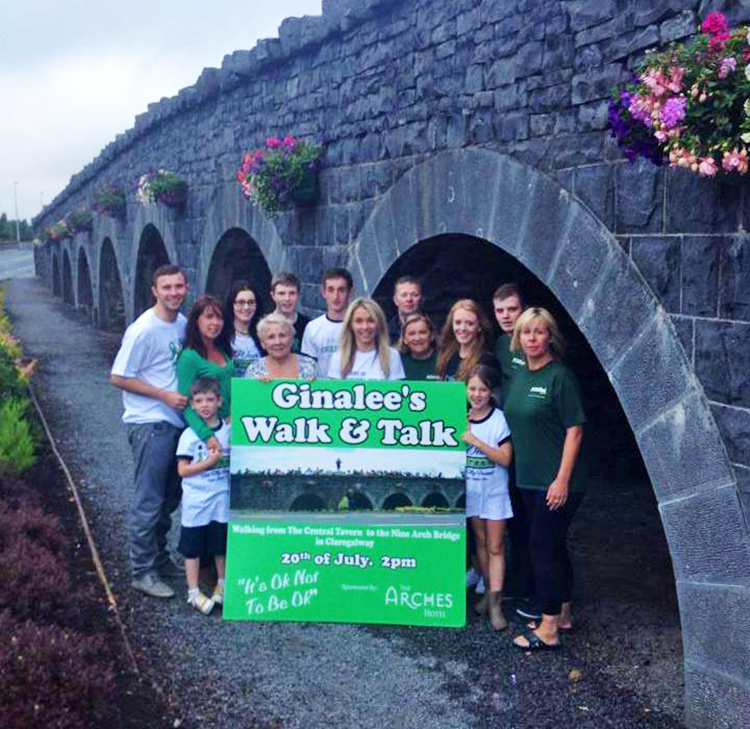 Ginalee Healy, aged 18 and from Claregalway, is holding the event on July 20th, starting at the Central Tavern at 2pm.

This is its third year and, every year, the numbers have increased. The event was launched in The Arches Hotel, which has sponsored the walk.

Ginalee, who left school after her Junior Cert and stopped playing on the Annaghdown Ladies Football team when she started getting panic attacks, says she is still battling depression but is happy to report that it’s easier to talk about it.

“It was always my aim to help destigmatise depression and get more and more people, especially teenagers to talk about their feelings.

“There is strength in numbers and I do believe if we stand together we can fight this terrible illness and for people who think it’s not an illness then my answer is to them “Why is it killing people?”.

“All the money raised on the day will go to Jigsaw Galway, a free counselling service for teenagers and there’s no set price to take part in the walk. It’s just a donation and we are asking everyone to wear green as it is the colour of mental health!” said Ginalee.