A site has been purchased for the expansion of Claregalway’s secondary school which will ensure that the school campus will be able to cater for a projected enrolment of 1,000 pupils in five years’ time.

The site of about fourteen acres has been purchased on lands beside the existing Coláiste Bhaile Chláir in Claregalway Corporate Park.

Principal Alan Mongey has confirmed that the first extension to the school, which was planned before this latest purchase, will go ahead early next year and planning permission has already been applied for.

“It is great news that a landowner next door to our existing site has sold the land. The Dept of Education and Science are looking at retaining the existing building and next year’s planned extension as part of the new campus.

“The first extension will be done under the Rapid Build Scheme and it is hoped to have it ready by next September. That will cater for our increased numbers for the next two years until the new larger school is built on the site just purchased.” says the principal.

“It is ideal that all this is taking place where we are located now in the heart of the village, and with enrolments averaging approximately 200 per year the new school complex will cater for 1,000 pupils in five years time,” he added.

Since it opened in August 2013 the numbers wishing to enrol at Coláiste Bhaile Chláir have been phenomenal and it has risen from an initial 164 to 320 at present.

The students, approximately 50/50 boys and girls, come from a wide catchment area taking in part of Turloughmore, Lackagh, Corrandulla, Annaghdown, Carnmore, Corofin, Claregalway itself and villages closer to Galway city.

The Dept of Education and Science and Galway-Roscommon Education and Training Board (GRETB) are patrons of the school, which was located in the village after a long campaign by parents.

It was initially expected that student numbers would top 500 when the new permanent building would be in place, but projections now suggest double this number within five years.

Pat Gilmore, Chairman of the GRETB, has welcomed the news that a site has now been purchased.

It is hoped that planning permission will be granted as soon as possible. 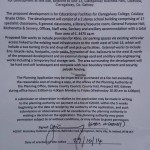 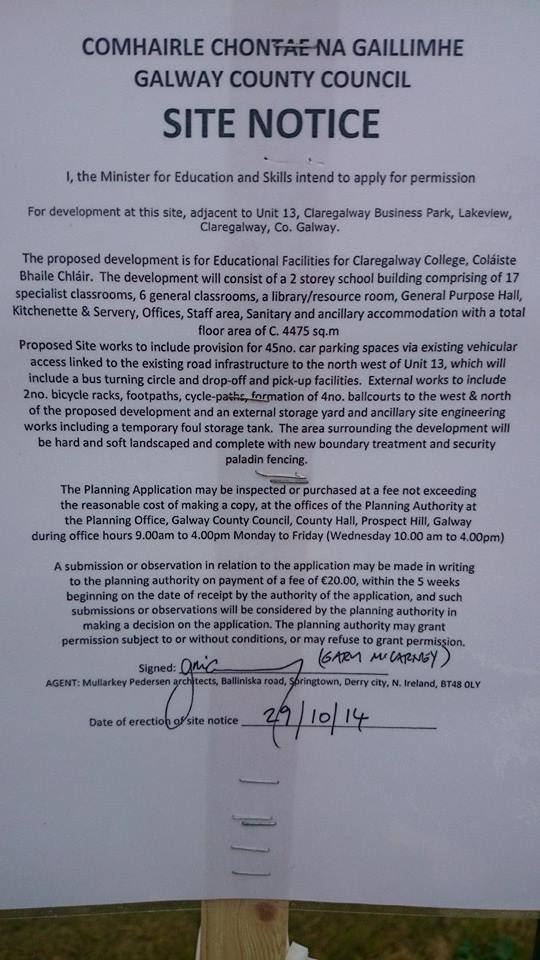