Nearly 200 bicycles under a public bike scheme are set to be unveiled in Galway City next week.

The bikes—which are all branded Cola-Cola Zero under a sponsorship agreement—can be hired once a customer has registered for a €5 annual subscription (increasing to €10 in January). 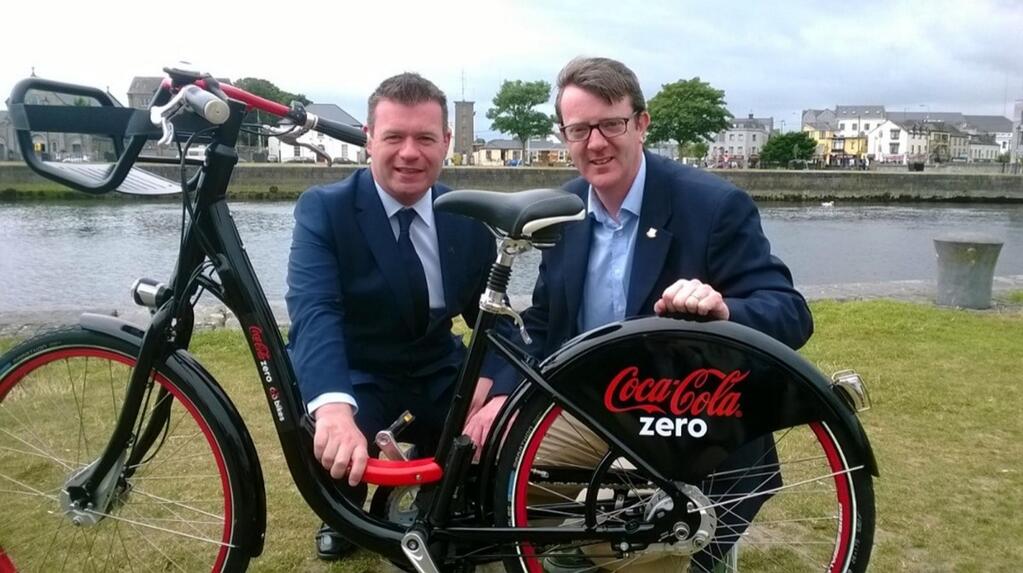 Minister of State Alan Kelly and Cllr Niall McNelis ahead of the launch of the Coca Cola Zero Regional Bike Scheme. Photo via @alankellylabour on Twitter.

There are a total of seventeen docking stations across the city—with docks for almost 340 bikes—while another station is under review with a further thirty spaces. A station at the tourist office on the Fairgreen with twenty docks has been postponed until early next year due to roadworks.

However, the service has come in for some criticism from the public before it even launches, because there are no docking stations in key locations such as Salthill and GMIT. The station under construction at University Road has stalled because of local objections to the removal of residents’ carparking spaces.

Customers can pre-register at bikeshare.ie and will receive a welcome pack in the post containing details of the scheme with a subscription card.

“We’re delighted to announce that the Coca-Cola-Zero Bikes scheme will go live in Galway. The bikes will be an exciting new addition to the cities of Limerick, Cork and Galway for business and recreational users alike,” said Gerry Murphy, CEO of the National Transport Authority.

Coca-Cola is investing €3m over five years in the project, supporting the operation of the bikes.

“Our investment is part of our wider commitment to help encourage active healthy lifestyles and we hope this scheme will enable more people integrate cycling into their everyday lives, with the option of a healthier and happier commute,” said Frank O’Donnell, General Manager of Coca-Cola HBC.

Android and iPhone apps will be released to coincide with the launch in Galway. 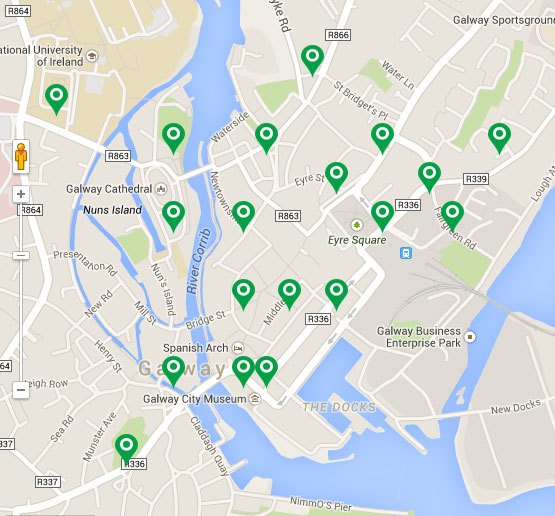 For more info, click on the map above or visit bikeshare.ie.