Galway Harbour Company has moved to allay fears regarding the ecological impact of the proposed Galway Harbour extension, with an increased flood risk among the concerns raised. The An Bord Pleanála oral hearing on the proposed €126 million development opened last week, with the first three days focusing on the ecological and hydrological impact of the extension.

Over the course of the week, various groups, including Birdwatch Ireland, the National Parks and Wildlife Service (NPWS) and An Taisce, voiced their opinions and concerns on the potential environmental impact the proposed development would have on its surroundings. 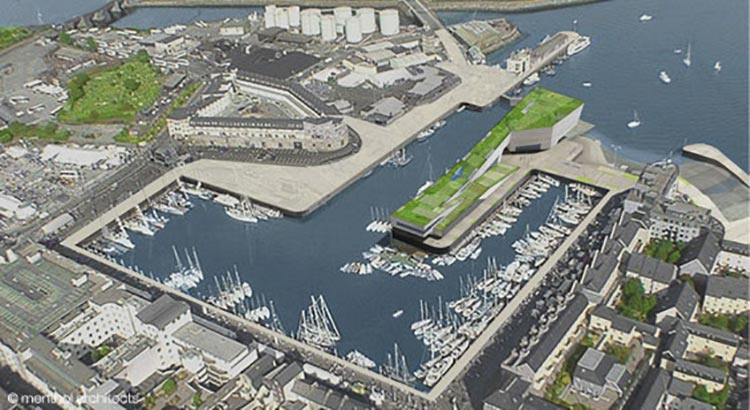 An Taisce, in particular, questioned the merit of the harbour extension and was critical of the applicant’s approach to predicting rising sea levels over the next century.

Addressing the oral hearing on Wednesday afternoon at The Connacht Hotel, Renmore, An Taisce’s Built Environment and Heritage Officer, Mr Ian Lumley said the applicant’s predicted sea level rise of 0.5 metres over the next 100 years was based on “both an outdated and conservative approach”.

Mr Lumley also said that the prospect of storm surges being funnelled into The Claddagh basin by the proposed development needed to be “properly and independently scrutinised” by An Bord Pleanála.

“We should be sitting here listening to how Galway is going to adapt to rising sea levels,” he said.

“All of the peer-reviewed, global climate science predicts mounting storm conditions throughout the next century.”

Though she expressed her support for the project, the former city mayor said that any future development needed to “ensure that all future eventualities are foreseen and addressed”.

“It is critical that there is seamless, joined-up thinking between Galway Harbour Board and Galway City Council in order to allay the genuine fears of residents living in vulnerable coastal areas such as The Claddagh, Spanish Arch and Salthill,” said Senator Naughton.

“Galway City Council and the Harbour board have a duty to work in tandem to build public trust in this process and ensure that coastal areas are adequately protected,” she added.

Responding to An Taisce’s submission, Hydrologist Anthony Cawley, speaking for the applicant, moved to dispel concerns over an increased flood risk to Galway City, stating that the applicant had conformed to “current best Irish practice” in predicting sea level change.

Though Mr Cawley did concede that Ireland was a number of years behind Britain in its approach to assessing flood risk, he maintained that hydrologists took general uncertainty into account when making predictions.