CEO of Galway Simon Community, Bill Griffin said Galway Simon is currently dealing with up to 120 poverty-stricken local families each day through its outreach service in an attempt to prevent them from entering homelessness.

Rising unemployment is having a severe impact on such families, who are ill-equipped to deal with the circumstances they find themselves in, he said.

“This is a group of people who have no terms of reference whatsoever. It’s like being in a foreign land with a foreign language because they never expected this to happen to them. This group are a significant group within our society but they are not well represented,” he said. 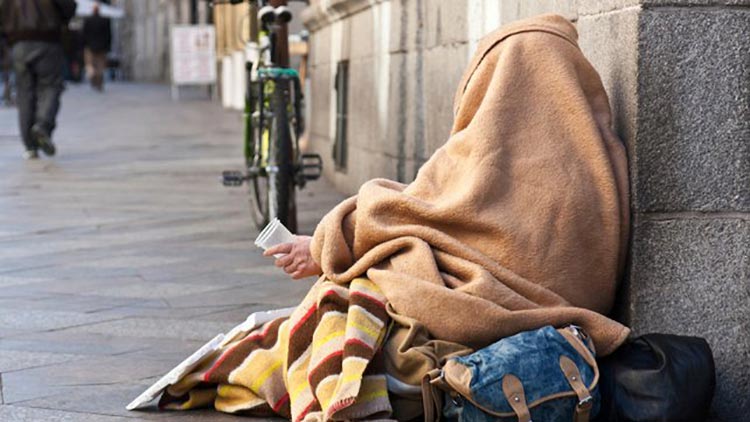 “If you walk up the middle of Shop Street on a Saturday night, you’d wonder if there really was a recession but there is a group of people out there, they’re just not walking up and down the street shouting about it. Half the time, they find it hard to even accept within their own families that something is going wrong.”

Mr Griffin’s comments follow the recent release of figures from homeless services in Dublin, which confirmed an increase of 30% in the number of rough sleepers in the capital. The report by Dublin Region Homeless Executive showed that 94 people were sleeping on the streets in April, compared to 73 for the same period last year.

Mr Griffin said that, while Galway does not have a rough sleeping population, it is dealing with the phenomenon of “hidden homelessness”, with many people stranded in inadequate or emergency accommodation as a result of a lack of ‘move-on’ facilities.

He also noted a considerable increase in the number of younger homeless in the city, who were facing an uphill battle to find affordable accommodation on the lower rate of social welfare payment.

“The other hidden population are the one that we don’t actually know about. These are often young people who are sofa surfing. They’ve been thrown out of home or somewhere and they’ll go to a mate’s house where they are allowed to sleep on the settee for one or two nights and then they’ll pack their bags and move on again,” said Mr Griffin.

He said a group of volunteers recently carried out a survey on accommodation in Galway, which found that rents were not matched by what people could reasonably expect to receive from the Department of Social Welfare’s rent supplement. The current maximum rent limit for a single person in shared accommodation in Galway is €230.

A Former Director of Client Services with local intellectual disability charity Ability West, Mr Griffin said 65% of people in homeless services have a recognised mental health problem and that cuts to support services were resulting in many clients finding it difficult to maintain themselves in private rented accommodation.

Mr Griffin also stated that initiatives run by local authorities, such as the Rental Accommodation Scheme (RAS) and Long Term Leasing Scheme, were “effectively dead in the water” as the necessary standards and investment meant they were not an “attractive proposition” for local landlords.

“Quite rightly, these schemes have associated quality standards with them, but, when landlords present themselves and get a list of improvements that are going to cost, the private market looks a better option. With landlords in Galway, two things are happening: rents are going up and groups like students will rent those properties without any demand for quality standards,” he said.

Despite an increase in demand for homeless services in the city, Galway Simon Community has experienced yearly cuts to HSE funding for the last five years and currently funds 30% of its frontline services through fundraising and public donations.

“Fundraising for us isn’t the icing on the cake, it is the cake! The one good thing about it is when people ask what you are spending the money on, it is very easy to tell them because without it, we’d be shutting services. It’s as simple as that.”

For more information on homeless services in Galway, log on to www.GalwaySimon.ie, drop in to the office at Unit 18, Tuam Road Centre or call 091 381 828.