Students at Coláiste Bhaile Chláir are aiming to build on their impressive performance in a national maths tournament where they claimed the All-Ireland title in last year’s inaugural competition.

MATHletes Challenge is based on the Khan Academy approach to learning and teaching maths and sees students in both primary and secondary school compete online and face to face against their peers. 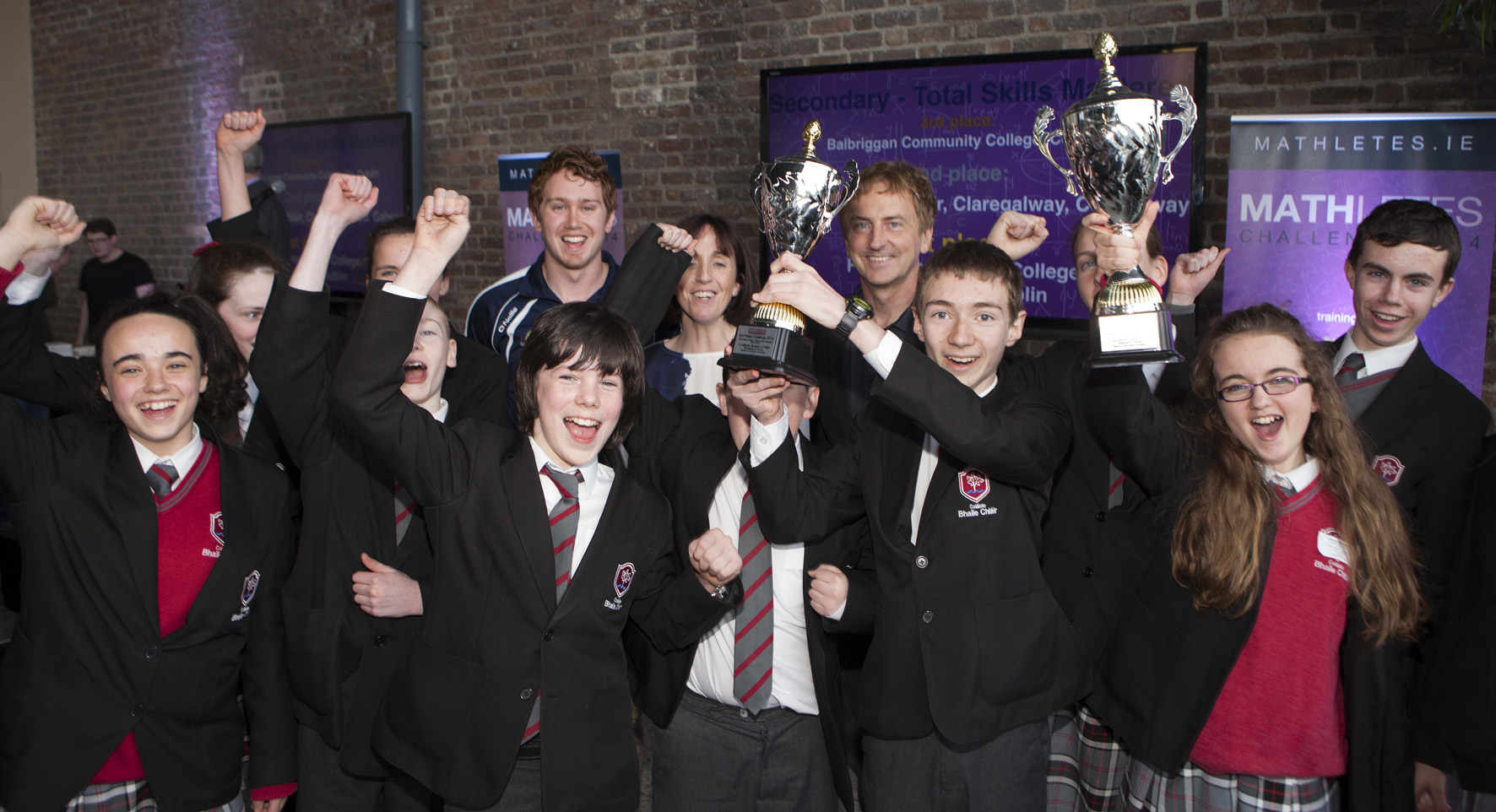 The All-Ireland MATHletes Championship which will be held on May 2nd and Galway schools are expected to feature strongly given last year’s performance where one in five schools in the county took place.

Students from Milltown National School will also be hoping to maintain their impressive record in the competition having secured second place in the total points and small school points per eligible student categories. Building on the popularity and success of the 2014 tournament, students and schools from all over Ireland now have another opportunity to compete online and face-to-face against their peers for over €20,000 in prizes and the coveted title MATHletes Challenge All-Ireland Champion 2015.

The challenge is free and open to pupils from fourth class to fifth year and is supported by the Department of Education. The 2014 MATHletes Challenge had more than 270 schools, 330 teachers, and 3,000 students compete and spend nearly a million minutes improving their maths on Khan Academy.

Students and schools can sign up for MATHletes Challenge 2015 at MATHletes.ie.