A young Galway author has secured a three-book deal with the same international publisher who discovered JK Rowling, the creator of the Harry Potter series.

The debut novel by Catherine Doyle has gone on sale in Ireland and the UK and is set to be launched in America, Canada, Australia and New Zealand, with a German translation also earmarked for the presses.

The 24-year old graduate of NUI Galway, who has a degree in psychology and a masters in literature and publishing, wrote Vendetta in secret, spending the twilight hours tied to the computer for 29 consecutive nights until the first draft emerged.

She decided to write in the youth adult genre—which targets older teenagers—after doing her thesis on teenage fiction.

She then attached the first three chapters to emails addressed to potential agents.

It was only after she had been taken on by her preferred agent in London that she revealed to her family that she had written a book and was now trying to get a publishing deal.

“They were so relieved, they were wondering what on earth I was doing in my room all that time not sleeping,” Catherine grins.

The real icing on the cake came when agent Claire Wilson broke the news that Chicken House were interested in signing the Galway author.

Its owner Barry Cunningham had signed JK Rowling had been rejected by twelve other publishers, a tale that Catherine had written about in her college thesis.

That fantasy series which chronicles the adventures of a young wizard and his friends at school has sold over 450 million copies and has been translated into 73 languages.

After signing the deal, she was flown to London to have dinner with Barry Cunningham and she got the opportunity to reveal how influential the Harry Potter books were in her own writing.

“JK Rowling had said that if it hadn’t been for Barry Cunningham, Harry Potter would be still in a cover under the stairs. Harry Potter was so instrumental in my writing and wanting to tell my stories to the world. By signing Harry Potter he had started a whole generation of writers, including myself,” she enthused.

At that dinner, the publisher told her he loved the voice of the protagonist, a “normal teenager” who was sarcastic and self-deprecating, yet humorous. He was also very excited about the story which he said was a fresh departure for the genre.

Vendetta is the first in a thriller trilogy which is set in the suburbs of Chicago. It centres on a 16-year old girl whose boring life is turned upside down by the arrival of a family of brothers who are connected with the Sicilian criminal underworld.

The idea was sparked by a scene in the mob movie Goodfellas, where Ray Liotta’s character Henry Hill goes to the rescue of his girlfriend Karen after she has been mistreated. He then pistol-whips the said neighbour with ferocious brutality.

“It was so romantic, then immediately uncomfortable and so wrong. It was highly dramatic but perversely romantic. It’s not clear cut. I wanted a novel that was romantic, full of high drama, but also dark, morally ambiguous,” said Catherine.

She was raised in a house full of books with her two brothers by her mother, Renmore-based GP Grace Doyle, and her father, principal of the Bish boys school secondary school, Ciaran Doyle.

It was her mum who convinced Catherine to join her on a creative writing course as a favour. Not long into the programme, Catherine found that her confidence soared and she gained the self-belief necessary to put pen to paper. Her mam meanwhile barely turned in assignments.

“I was the one in school who’d write dreadful poems about trees and read them out. I remember I’d have a group around me in the junior years while I’d read out essays, I loved that feeling of sharing stories,” she recalls.

“Being a writer didn’t seem a legitimate career path, it didn’t seem possible. Until I signed my deal it just remained in my head as a burning ambition.”

The deal has meant she can concentrate on writing for at least a year. She has just finished the first draft of the second in the Blood for Blood series and is still pondering where it will go in the third. Agents are scouting for a movie deal following its launch in America next month. 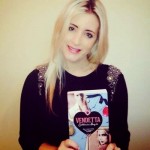 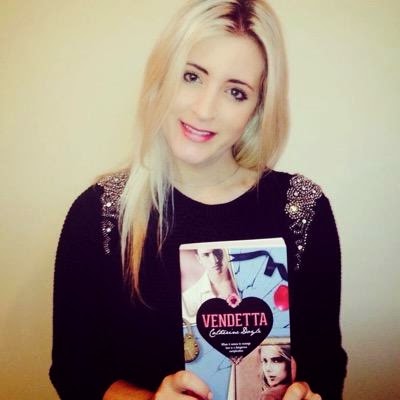