In a major jobs boost for Tuam, Steeltech, Ireland’s leading manufacturer of steel sheds, garages, home offices, chalets and greenhouses, plans to create up to 100 new jobs at the former Coca-Cola Plant at Galway Road which they have just purchased.

The company, which has branches all over Ireland, plans to expand its business into the UK and mainland Europe and will be moving all its operations from the current plant at Headford Road, Galway to Tuam by April.

The owner of Steeltech, Sean Brett, says he is very excited about the potential for the firm to expand at the former Coca-Cola plant which is on a nine-acre site close to where the new Tuam-Gort motorway and the Tuam bypass are being built. 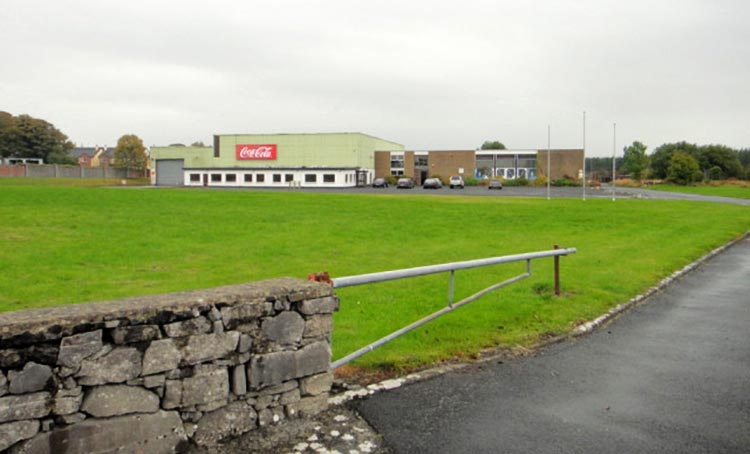 “We see huge expansion potential in Tuam and as our business has been growing by 30% each year during the past five years, even in the recession, the new premises in Tuam will give us the facilities and space to increase our business here and target the overseas market,” says Sean.

He added that among their fastest selling products at present, apart from their mainstay steel sheds, are home offices which they can erect on site in two days, and granny flats erected in less that a week.

“We have seen a huge rise in demand for these products, especially in cities such as Galway and Dublin while there is also a big interest in one-bedroom chalets.

“As our products are delivered flat-packed and then assembled on site, they are suitable for transport to the UK where there is massive sales potential. We will also be selling to mainland Europe, especially France and Germany, where customers have already taken some of our products and they are impressed with the high quality and lifetime guarantee,” he added.

Steeltech already employ almost 100 people nationally and moving their current Galway workforce, as well as employing additional staff, should see 60 to 70 working out of Tuam initially. This new plant will be central to the company’s plans to more than double its workforce in Ireland to 200 by 2017.

Ballina native Sean Brett set up Steeltech over 21 years ago when he moved to Galway in 1994, and demand for the company’s products has been so great that they are delighted to have secured this much larger facility in Tuam.

We will be using all of the existing buildings there and—as making buildings is our business—we will be adding more structures to what is already on the Tuam site.

“Our firm is also looking forward to the new motorway being constructed. That will be another boost to business as it will shorten travelling times from Tuam to all parts, especially to the south of Ireland where we sell a lot of products at present,” he added.

“We don’t just retail a set range of sheds and garages off-the-shelf. By dealing with our firm we can custom design garden storage units, sheds and garages to any specification that you require, as well as granny flats, chalets and home offices.

“We understand the needs of people for having the exact product for their individual needs, projects, office or for living accommodation and we will custom manufacture and erect the structures on the person’s premises,” says Sean.

Alan Loughrey of auctioneers BV Commercial says it is a vote of confidence in Tuam and the potential of the area for other major firms locating here.

“This is one of the larger property sales in Tuam in recent times and it is a reflection of the good upturn in demand for properties in the town.

“Apart from the benefit of firms such as Steeltech locating in the town, there are also the spin-off benefits for other businesses selling tyres, servicing trucks and lorries, and workers also buying stuff in shops in the area.”