Claregalway/Carnmore Drama Group Compántas Lir grace the stage in An Taibhdhearc na Gaillimhe on February 22nd with its production of Shelagh Stephenson’s award-winning comedy The Memory of Water.  The group will present the play at the Galway city venue before they take on the Festival Circuit and will again be back for three nights after they complete the festival circuit on Wednesday March 25th to Friday March 27th.

The play explores the strains of family relationships and how memories are distorted to suit the reality we wish to create. Shelagh Stephenson’s story is a whirlwind of emotions, hilarious one moment and heart-wrenching the next. The sisters are forced to confront the choices they have made in their lives as they try to come to terms with their mother’s death and to mend their fragile relationships with each other and the men in their lives.

The Memory of Water is directed by Dermot Hession, who is no stranger to the director’s chair, having previously had success on the one-act circuit with The Donoghue Sisters and Cecily. He has also directed, on numerous occasions, for the Autumn Theatre which takes place every October in Carnmore. The cast include many faces familiar to the Drama scene in Galway—Stella Fleming as Teresa, Fionnuala Glynn as Mary, Ruth O’Driscoll as Catherine, Breda Hannon as Vi, Mike McNamara as Mike and James Harris as Frank.

Formed in 1983, Compántas Lir has grown from strength to strength thanks to a strong pool of actors and a skilled, dedicated crew. As 2014 came to a close, the group celebrated their All-Ireland victory, having won the One-Act Finals n Ballyshannon with Nine by Jane Shepherd. The group continues to grow and each year welcomes new members who contribute to their success both onstage and backstage.

Tickets for Compántas Lir production of The Memory of Water by Shelagh Stephenson on February 22nd are available from An Taibhdhearc at 091 563 000. 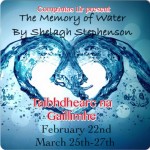 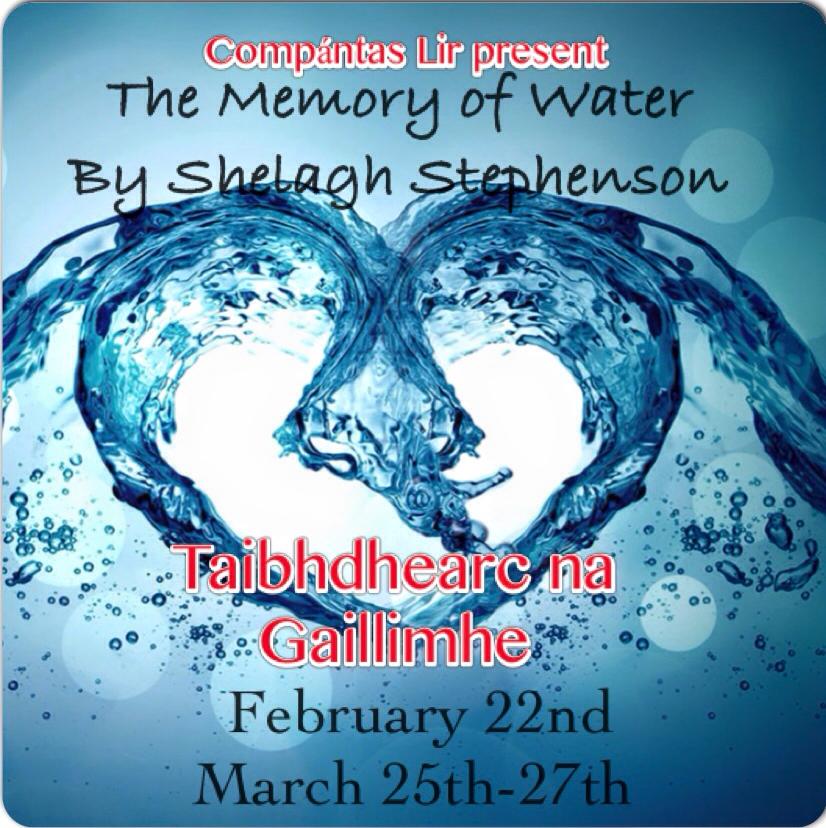