Negotiations have resumed between GMIT and the owners of the former Corrib Great Southern Hotel, as the third level institute seeks to expand its Dublin Road campus to facilitate student numbers doubling in the coming years. 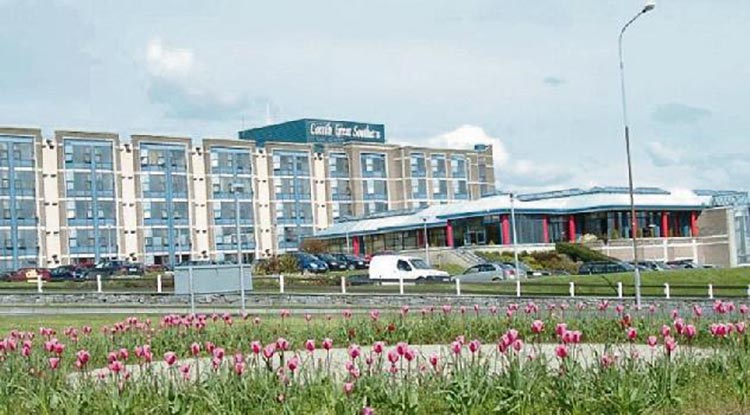 The owners of the site, Trigo Property Company and Welcorrib Ltd are currently seeking a five-year extension on permission to demolish the existing hotel structure, which has remained closed since 2007 and has become a target for arson, graffiti and vandalism.

Speaking to the Galway Independent, GMIT Secretary and Financial Controller Jim Fennell said the third level institute is ‘hopeful’ of a successful conclusion to negotiations, which previously broke down.

The site was last month officially added to Galway City Council’s Derelict Sites Register. Sites on the register, which includes over twenty properties in and around the city, are subject to an annual levy of 3% of the market value of the property.

Owners may also be subject to a fine should legal proceedings be taken by the council for non-compliance with notices to carry out works t render the property “non-derelict”.

Describing the hotel site as essential for the “land-locked” GMIT, Mr Fennell said, “The site of the Corrib Great Southern Hotel is absolutely vital if GMIT is to achieve the targets that have been outlined in the National Strategy for Higher Education to 2030.”

The strategy indicates the capacity of the higher education sector will almost double over the next twenty years. “And we want to ensure that GMIT doubles in size as well over that period of time, and that it contributes to the Galway economy,” said Mr Fennell.

He also confirmed GMIT is only interested in the site, and the existing building would be of “no value” to the institute.

The site is currently owned by Trigo Property Company, whose directors are Glenamaddy brothers Luke and Brian Comer, and Luke’s son Barry Comer, and Mayo-based Welcorrib Ltd owned by Padraic and Martina McHale.

Trigo and Welcorrib are currently seeking a five-year extension on permission to demolish the former hotel, which comprises a five storey block, a two storey block, two single storey structures and a gas tank.

Permission for the demolition was first granted by the city council in 2010 to then-owners MD Merlin Developments Ltd. Receivers were subsequently appointed to the company, owned by Gerry and Catherine Barrett, in 2011.

Permission for the demolition works, runs out on March 2015, with the current owners now seeking the maximum extension time, five years, indicating that the development is “expected to be completed by February 2020”.

Planning documents submitted to the council state that the demolition has not taken place “for commercial and economic reasons that were beyond the control of the applicant”.

It also states that funding for the project could not be sourced to commence the development during the duration of the previous permission due to the “prevailing economic conditions and associated lending restrictions”.

“The funding issue arose primarily as a function of the high costs associated with the proposed development and the poor state of the commercial sector during the financial crisis since 2008,” the application reads.

It adds, however, having regard to reducing costs and, “hopefully”, the bottoming out of the economic recession, as well as a need to address the current condition of the former building, Trigo and Welcorrib are “confident that the proposed development will achieve the required funding to implement the development in the coming years”.

City planners are due to make a decision on extending planning permission by 24th of March.